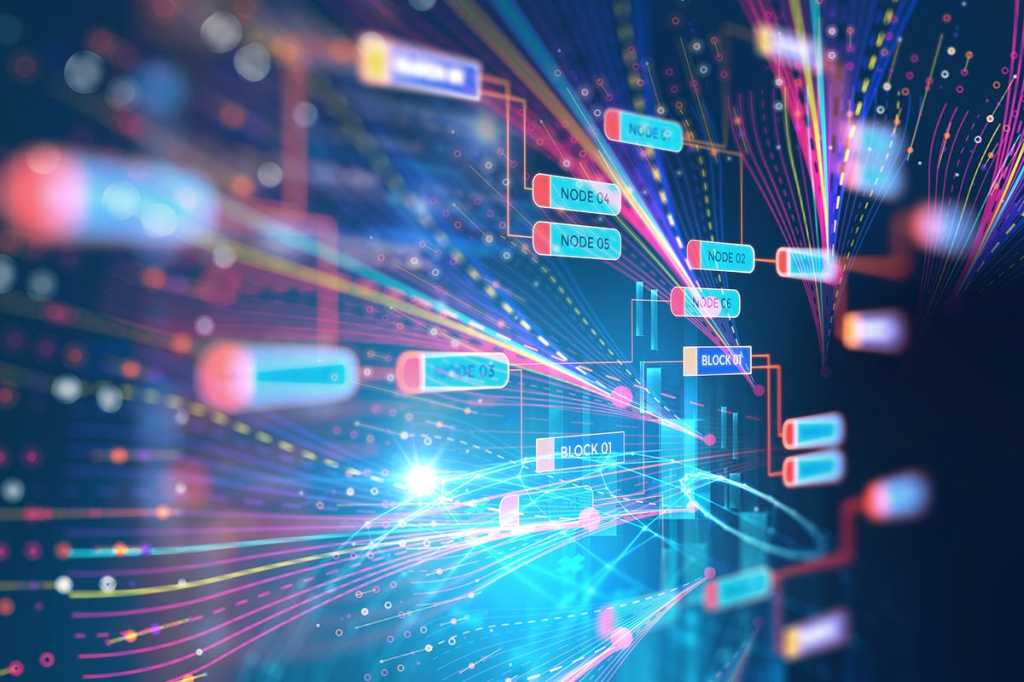 Blockchain technology is one of the biggest new developments to have hit the tech industry over the last few years, and its infamy is bolstered by the fact that it’s the underlying technology which powers bitcoin and other cryptocurrencies. To many people, blockchain and cryptocurrencies are synonymous, but that’s being over simplistic.

A blockchain is basically a type of distributed ledger that’s impossible for people to hack. Instead of just relying on one database, a blockchain is spread between different people in a similar way to how bit torrents work. Once data is written to a blockchain, it’s stored there forever. It effectively makes it a trustworthy, hack proof way to store interoperable data.

Blockchain may have originally been developed to power cryptocurrencies, but that doesn’t mean that it doesn’t have applications across a whole range of industries. Let’s take a look at just a few of the trends that are set to shape blockchain in 2018 and beyond.

It’s no secret that the internet of things is coming to connect our devices and to make it easier than ever for us to create and store data about ourselves. This applies to everything from wearable devices to home hubs, connected fridges and any other type of internet-connected device that you can imagine.

But all of these internet-connected devices will need some sort of system that ties them together and that makes their data interoperable. That could be where the blockchain comes in, but only if different manufacturers can agree to come together and agree on the specifications of the blockchain that’s required.

2. Increased use of smart contracts

Smart contracts are one of the most interesting aspects of blockchain technology because they have the potential to bypass third parties and to create airtight agreements that must be honoured. This has plenty of practical applications in all sorts of industries, from finance and real estate to logistics and recruitment. Any industry that relies on agreements to function can get a lot out of smart contracts.

The idea behind these contracts is that they offer increased transparency and security while simultaneously speeding up the whole process. Contracts could be signed and verified in real-time in a secure environment, and that can make all of the difference when it comes to getting things done and reacting quickly to changes in the market.

As blockchain becomes more widely used in all sorts of different industries, it’ll also start to receive more attention from regulators and lawmakers. It may even start to attract interest from the taxman, especially if governments can find ways to use blockchain technology on a large scale. And let’s not forget that cryptocurrency is technically classed as a property and not a currency when it comes to taxation, at least in the United States.

Whenever a new innovation like blockchain comes along and starts to create large sums of money for those who are able to take advantage of it, it tends to receive intense scrutiny from people in power. But that’s not necessarily bad news for blockchain, because additional interest in it from powerful organizations may help to increase consumer trust whilst providing the framework needed for further growth.

Blockchain could be useful for content streaming companies like Netflix because it could be used to store data more securely and to pave the way for interoperability. If nothing else, it could provide something resembling an API, allowing third-parties to read and write data to the blockchain.

But there could be a more practical use for blockchain in the streaming industry and in other industries which require large amounts of processing power. In the same way that mining for bitcoin just taps into dormant computing power from across a network of machines, streaming companies could witness huge decreases in their operating costs by spreading the load across unused machines via the blockchain.

5. Blockchain in the jobs market

One of blockchain’s big advantages is its ability to verify information in real time and thus to combat fraud. This has interesting applications for all sorts of other industries such as real estate and recruitment. Recruitment in particular is likely to see disruption because as well as being a useful tool to store jobseeker records that can track people throughout their entire career, the ability to understand blockchain technology is in increasing demand.

This means that recruiters will soon get sick of hearing about blockchain because it’ll form the backbone of their systems and be one of the most in-demand skills that they need to look out for. At the same time, they have a lot of responsibility to place these people in the jobs that are right for them so that they can build out the blockchain infrastructure that will power almost every industry – including recruitment.

We’re still in the early days of blockchain as a technology, and so we’re yet to see the full impact that it will have on the world that we live in. Still, it’s already showing potential across a range of industries and started to enter the public consciousness, so the real question is what will happen when blockchain technology starts to mature.

Right now, speculating on the future of blockchain is like trying to predict the future of the World Wide Web in 1993. It’s just too early to say for sure, but we can at least be reasonably certain that it’s going to continue to grow as more and more uses cases are found for the exciting new technology. In the meantime, all we can do is watch and learn.