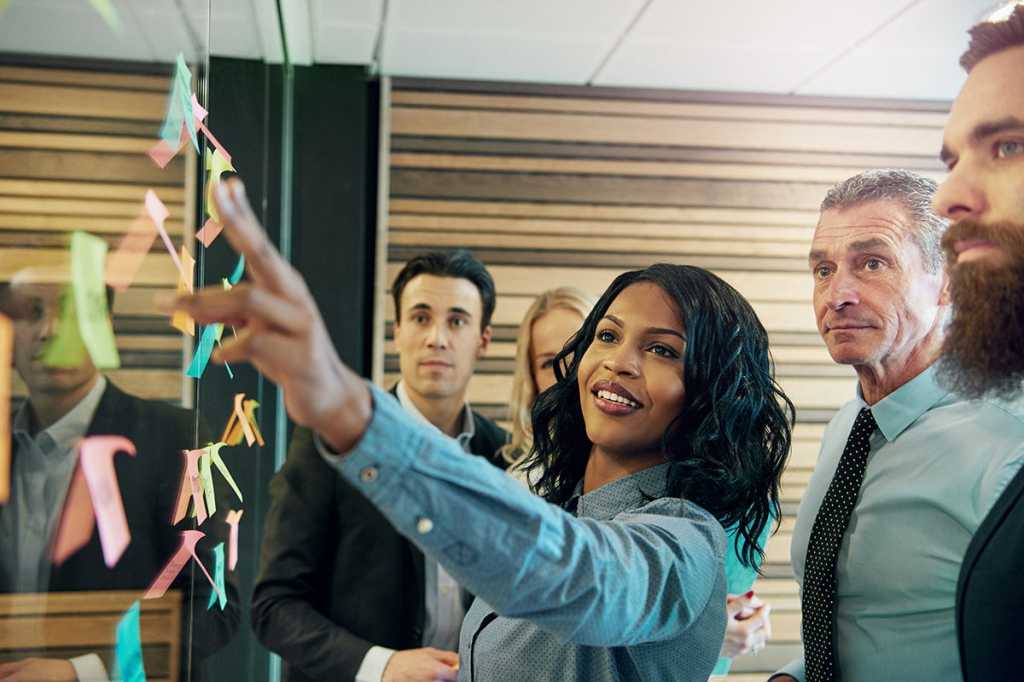 My PM friend Malc makes this point by telling the story of his first IT project and his most recent. The first, back in the day, was to upgrade desktops from clunky old DOS to the latest cutting-edge Windows OS, create a network of linked PCs across the firm and replace dot matrix printers with less noisy inkjet ones that didn’t chew up your report the moment you turned your back. Now THAT was an IT project!

His latest project also incorporated an OS migration (to Windows 10), it also improved connectivity between users but this time they were in different cities (not just offices) and many were tablet based and even BYOD (Bring Your Own Device). Oh, and printers became a thing of the past as one of the project’s aims was paper-free working. On the face of it such similar goals, yet this latest project was seen as a business change project!

The first project was carried out in almost stealth like conditions overnight (no-one knew or cared), whereas the latest project was undertaken in a blaze of internal communication and end-user buy-in where everyone was really quite buzzed about the benefits and difference change would bring to them and the business.

It makes sense if you are the Finance Director which are you most likely to buy in to? An “IT project” or a project that delivers faster and more accurate invoicing and better debtor reporting? If you are the Sales Director – “IT project” or a project that delivers real-time sales and insight into the activity of your account managers? Transport manager – “IT project” or project that tracks your delivery vans and analyses traffic conditions to predict delivery times and automatically updates customer-facing systems? These business outcomes are sexy whereas the IT, effectively the means to the end, well, you have to really love IT the way we do to get excited about that! That’s OK by the way, I zone out when my Fleet Manager friend starts talking about his lorries!

Awareness of this creates a HUGE opportunity.

Plenty of IT leaders that I talk with have identified that when leaders of other parts of the business believe that a project is IT-led, they are less likely to be fully engaged. They are more likely to take a back seat approach, treating IT as a back-office function that will deliver a solution to their challenges with some mysterious piece of software or hardware that they, themselves, will never fully understand.

However, when the project is operationally led, they tend to engage better and earlier.

When the business case “why” is clear for everyone to buy into from their own perspective, it is amazing how much more they are more willing to do so. This is true when seeking an initial green light right through to the all-important engagement that can keep a project alive.

The IT project that wasn’t an IT project that I mentioned at the start got its green light and the IT team went about allocating resources and responsibilities the way that they always had.

It was at this point that I wondered if you could take this whole “not an IT project” idea a whole step further. Thing is, if you declare that your project isn’t an IT project and then treat execution of it exactly the way you have every IT project ever, it might be not too be long before it starts to have a feel of the emperor’s new clothes about it. I mean, it all felt a bit superficial, like a marketing slogan rather than a statement of intent, and I feared that end-user expectations may not be met when suddenly the IT guys appeared and totally took over. Next time the wider business may not buy it!

The CIO and I began to play with this idea and an exciting new opportunity space for true engagement opened up.

Instead of just operationally owning the project and then having it IT-led, what if it were also operationally led? What if your project teams were staffed by operational talent as well as IT talent? What if the metrics for success were from an operational perspective rather than an IT one? An operationally anchored, IT-supported project would surely attract greater engagement across the wider business and, because actions speak louder than words, there may be a ripple effect on buy-in for future IT projects too.

Here’s what the CIO came up with.

First, he fired himself. He appointed the CEO as “Project Chair” – the executive owner of the project.

The CIO told me, “Immediately, the project had extra operational oomph! More than any previous IT project had. The CEO allocated responsibilities across the departmental heads that were relevant to their daily routines and disciplines. The prospect of operational consequences that would be felt by each department head really focused minds and we discovered that “really nice to have” extras came to mind that could be incorporated without causing harm to the project’s budget and timeline or noted and prioritized as future project goals. The CEO tasked each leader with establishing how success would be measured, and as each metric had an operational basis there was clear business case benefit.”

The business also discovered a number of “wrong problems” it was trying to solve when it came at them from a business mindset rather than an IT one. They were able to cross off some project objectives that the IT team had incorporated into the plan because the business users said they were unnecessary.

Now, I’ll let you in on a secret. None of this is REALLY ground-breaking. At Stoneseed our client-side approach to IT-supported business change has always meant business led IT projects. It was really nice to plant a seed in the head of a CIO and watch a strategy, that is effectively one of our business models, grow organically at this organization.

To conclude, in the next era of IT projects, this is how more and more business change will be executed – operationally led and IT-supported. Operational and IT structures that have reached a maturity to support each other should enjoy easy wins, and those that are playing catch up can take comfort in the many and varied project management services that are available.

The Project Management as a Service sector can provide anything from individual talent to end to end Project Management Office and a Project Services partner with their business head screwed on and a keen sense of your unique needs could be your greatest ally. I look forward to hearing about and maybe helping with your next “not IT project.”