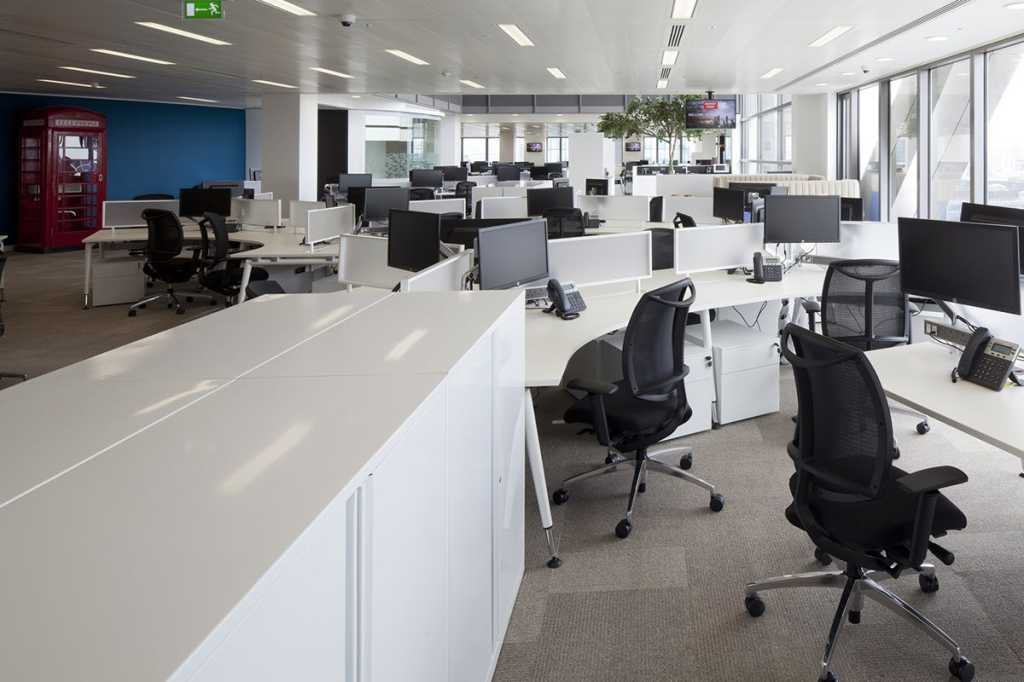 Open-plan offices are supposed to encourage collaboration, improve communication, and encourage the free-flow of ideas, as well as offer (literal) transparency and flatten the usual corporate hierarchy. But it turns out there’s a sexist downside that could be impacting your current and potential future employees.

As a recent article from Fast Company explains, researchers Alison Hirst of Anglia Ruskin University and Christina Schwabenland of the University of Bedfordshire followed 1,100 U.K. government employees as they moved from a traditional office to a brand-new, open-plan office over the course of three years. The (male) architect who designed the plan apparently realized there were concerns about visibility, privacy, and productivity, but he argued that employees would eventually get over it —and then compared the open plan concept to that of a nudist beach.

“I think it’s like going to a nudist beach. You know, first you’re a little bit worried that everyone’s looking at you, but then you think, hang on, everybody else is naked, no one’s looking at each other,” he told the researchers. “I think that’s what’ll happen, they’ll get on with it.”

Except that’s not what happens, nor is it what happened in the open office. While some of the women in the office agreed that the new office encouraged collaboration and eliminated hierarchy, it seems most were not comfortable, nor did they “get on with it.”

[ Read also: 7 signs you have a sexual harassment problem. | Get the latest career insights: Sign up for CIO Leader newsletter. ]

So, the office that was supposed to encourage freedom and flexibility actually had the opposite effect, in that case.

Some of the women in the office began dressing differently. They started using their clothing to indicate where they fell on the office hierarchy, and they were hyper-aware that they were being watched and judged.

“This kind of all-glass, no-privacy environment leads to a subtle kind of sexism where women are always being watched and thus judged on their appearances, causing anxiety for many employees. One woman named Pat told the researchers that the men on her team used to ‘mark’ the attractiveness of young women coming into the office for interviews. ‘Visibility enabled these men to judge and rank women according to their sexual attractiveness, just like men on the nudist beaches,’” the researchers write.

And, I’d guess, being that they were in an open-office plan, their comments were probably heard by everyone in the office.

Open-office plans can also amplify sexual harassment and eliminate safe and/or private spaces where workers could otherwise go to de-stress or have delicate conversations, as AnnaMarie Houlis points out here for Fairygodboss.

In one example, a woman realized her boss was literally following her around as she attempted to find a private place to take a call.

While it’s a huge step forward to see more marginalized people speak up about discrimination and harassment, good luck finding a private space to actually bring these concerns up with HR or your manager in an open-plan office.

“Speaking with someone on a one-to-one basis without the fear of being overheard, judged or worse becomes a challenge,” writes Houlis.

Many of these open-plan offices were, not surprisingly, designed by men without taking women’s needs (and those of other marginalized peoples) into account. Perhaps soliciting feedback from employees outside of the straight, white, male cisgender demographic would have been wise.