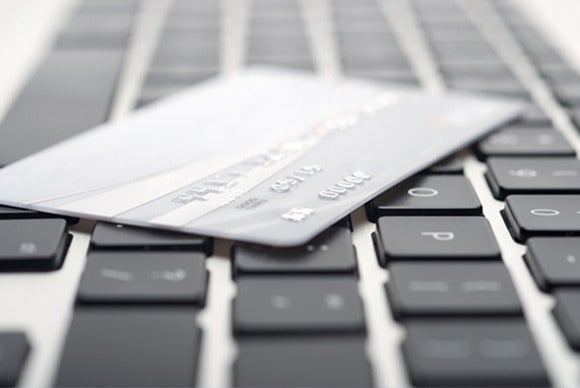 The ink was hardly dry on the Supreme Court’s Ohio v. American Express decision before the critics blasted it as “devastating,” “gutting” and “undermining” antitrust law. The antitrust practitioners participating at a recent Washington Bytes Chat aired many of these concerns.

But the sky is not falling. The decision narrowly and sensibly takes into account special economic features of certain two-sided platform businesses and leaves antitrust authorities with plenty of room to bring good cases against companies who abuse their market position to lessen competition and harm consumers.

The Court largely got it right in this case

The case concerned credit card markets, where merchant demand for payment service is heavily dependent on consumer demand for the same transaction service, and vice versa. Pricing to one side of the market makes a difference to the demand on the other side of the market. Price increases to merchants, for instance, can increase sales, something that would rarely happen in one-sided markets.

The court took into account this two-sided feature of the credit-card market to assess the reasonableness of Amex’s anti-steering rule, which prevented merchants from nudging their customers into using a cheaper form of payment such as their Visa or MasterCard cards. Amex’s business model is to charge merchants a higher fee and use the extra revenue to provide generous rewards programs for high-end cardholders.  The rule supported this business model, preventing merchants from eroding the higher Amex merchant fee, and promoting larger Amex card usage.

The Court viewed Amex as a two-sided platform “supplying only one product—the transaction.” The anti-steering rule increased prices to merchants, but it provided countervailing benefits to cardholders on the other side of the very same transactions. The substantial benefits to cardholders were large enough to outweigh merchant losses. The Court decided that the anti-steering rule had an overall positive effect and so was not an unreasonable restraint on trade.

Some credit card market reformers are disappointed in the decision

To many critics, such as Cleveland State University antitrust professor Chris Sagers, this result improperly endorsed an unjust business model. To them, the Amex model of charging higher prices to merchants to pay for cardholder rewards programs seems abusive. Amex maneuvers merchants into paying more for their cards as a way to attract wealthy price-indifferent customers. Cardholders gain from the Amex rewards program, but the merchants are barely better off, if at all. Moreover, because merchants charge higher prices to everyone to cover the cost of Amex payment services, the scheme can also be viewed as a kind of “Reverse Robin Hood,” as Michael Kades of the Center for Equitable Growth puts it, a giant wealth transfer from ordinary consumers to better off cardholders.

Of course, the credit card market also democratizes credit and makes transactions easier for ordinary consumers. But the fact, if it is a fact, that the anti-steering rule supports an unjust business model does not make it unreasonable under the antitrust laws. Using the mechanisms of interdependent demand in card markets to transfer wealth from the poor to the rich might be an injustice, but it is not evidence of anti-competitive conduct.

The reality is that competition policy is a powerful but limited public policy tool. It aims only to protect markets from monopoly abuse and unreasonable restraints on competition.

Public policy is not powerless to correct perceived abuses that are untouched by competition policy. In this case, legislation, similar to the Durbin amendment of the 2010 Dodd-Frank statute that regulates merchant debit card fees, might be needed to satisfy the concerns of card market reformers.

As with the credit card industry, even if some conduct of the tech industry escapes antitrust scrutiny, it does not follow that they are above all criticism and public control.

But the Amex decision does not immunize tech from antitrust complaints. For one thing, the court applied the decision only to “a special type of two-sided platform known as a ‘transaction’ platform,” where the interaction between the two sides is a “single, simultaneous transaction between participants.”

Still, the reasoning that led the court to apply a two-market analysis to the Amex anti-steering rule is not “limited to payment-systems,” as Sagers hopes. Many markets might qualify as two-sided if the facts support that analysis. The court articulated a standard to apply in future cases, namely that a market should be treated as one-sided “when the impacts of indirect network effects and relative pricing in that market are minor.”

Using that standard, the court evaluated a potential claim from a newspaper that it operated in a two-sided market because it linked advertisers with readers. The court rejected this hypothetical claim because “newspaper readers are largely indifferent to the amount of advertising that a newspaper contains.” The indirect network effects in this market are “weak”; it “behaves much like a one-sided market and should be analyzed as such.”

So, the decision will not shield anyone from antitrust scrutiny. How two-sided market analysis applies to other cases depends on application of the court’s mandate to look at the strength of the indirect network effects at play and the facts of the particular case.

The antitrust cops are still on the beat and continue to have a full arsenal of weapons at their disposal to protect consumers from real competitive harms.