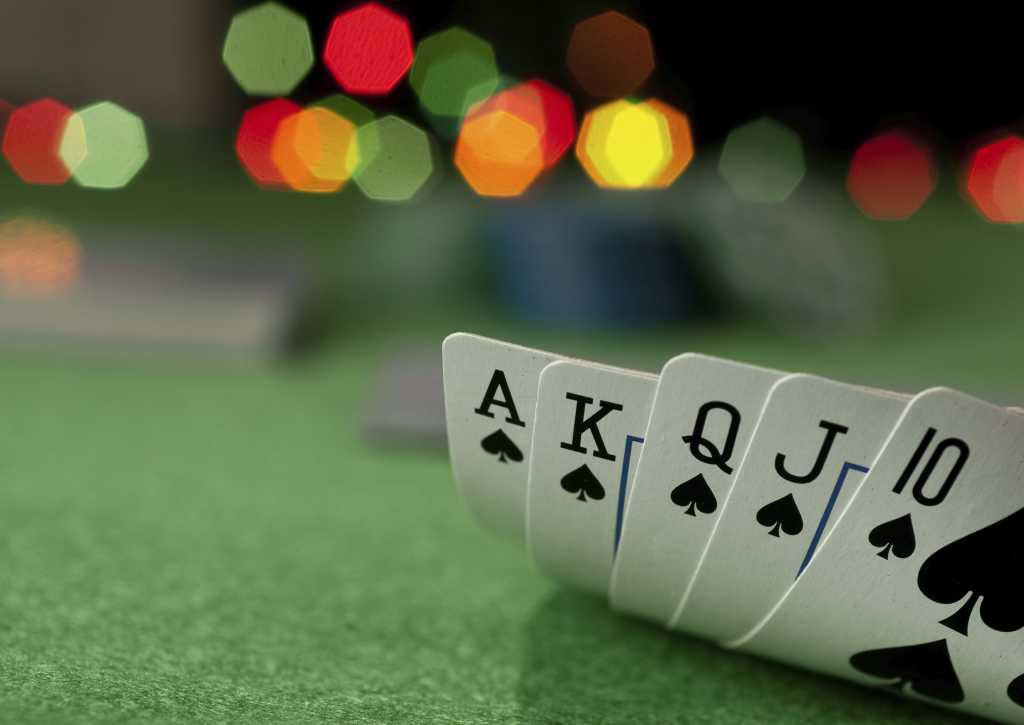 For years, my family had a Thanksgiving Day tradition of playing a friendly game of poker.

House rules were that the dealer picked the rules of the hand — and boy, were there some crazy, almost unrecognizable versions of poker played around the family dining room table.

My personal favorite was a version called Roll-Your-Own.

In this version of seven-card stud, every card was dealt down, and you assembled your hand any way you liked — rolling the up-cards as best befit your strategy (using that term very loosely!)

I was reminded of these Thanksgiving Day poker games recently as I walked the show floor at Internet of Things World, held a few months ago in Santa Clara, California.

Rather than delivering a winning Internet of Things (IoT) hand to their customers, so to speak, each of the vendors at the event seemed to be offering one or more cards, but leaving it to the attendees to build their own winning hand.

Part of the problem with IoT is that it is such a broad category. Industry pundits, technology vendors, and enterprise leaders use the term to cover everything from industrial sensors, to connected cars, to microscopic biosensors — and everything in between.

There’s another challenge, however, when it comes to understanding the IoT market: complexity.

Central to the IoT concept is the idea of taking a device and connecting it into a digital ecosystem to collect and act upon the data the device generates. While that may sound simple, actually making that happen can be quite complicated.

As a result, the world of IoT spans not only a wide variety of use cases, but also a dizzying number of components that enable this interaction.

Making an IoT project work can involve a wide variety of hardware and software including sensors of various types, specialized networks, IoT gateways, integration and aggregation platforms, analytics software, and any other number of specialized platforms and software that help organizations do something with the data that IoT devices generate.

It makes for a mishmash hodgepodge collection of technologies that an organization must make sense of to initiate an IoT effort.

The good news is that there is an increasingly abundant supply of sophisticated and advanced building blocks available to enterprise leaders who have a vision for how they can use IoT as a transformational tool.

The not-so-good news is that it will be up to those leaders to put the building blocks together.

I’ll admit to being a bit frustrated as I walked the show floor. Where was the grand vision and big picture of how IoT could be an agent of transformation for the enterprise?

I wasn’t alone in my observation.

“IoT is not about technology. IoT is about business transformation,” shared Lou Lutostanski, Vice President of IoT for Avnet, from the event’s main stage. “The limitation is the imagination.”

The problem is that imagination was in short supply. As I walked the floor, it was all about the building blocks. Technical conversations abounded, but there was scant discussion about how IoT could transform the enterprise.

In part, this is reflective of the still nascent state of the industry.

“A lot of the futuristic use cases [for IoT] are not happening yet,” explained Bernd Gross, Senior Vice President of IoT and Cloud for SoftwareAG. “We are in a phase of data collection. That’s the reality.”

Part of the reason is that for IoT to become genuinely transformative, organizations must free it from the operational technology (OT) silo and connect it into the broader IT ecosystem — something that is not always easy to do, especially given the current building block nature of the industry.

“The reality is that most IT organizations are not that involved on the OT side of things,” explained Manesh Patel, CIO at Sanmina, a global manufacturing company. “That’s a big challenge in itself.”

“We’ve actively engaged with operations, engineering, and IT, and collaborated to get our arms around OT and IoT. There’s lots of standards, lots of protocols, and a lot of vendors that say they’re in IoT, but, let’s just say there’s a lot of hype. Discerning what’s real and what’s not can be difficult.”

Potential of a transformed future

IoT has the potential to be one of the most transformational classes of technology in the modern era. But this will only come to fruition if the industry and the enterprise leaders they serve can see past the technology and focus, instead, on how it can change the way the enterprise operates.

Getting to that business case and imagining a new way of working requires that you see beyond the building blocks and create a meaningful vision that connects the dots between the transformative power of IoT and the technical capabilities necessary to realize it.

“Most people are focused on their core mission. They don’t see what’s really going on in the big picture,” explained Patel. “The thing about IoT is that for most business folks, it’s just another technology.”

It is this need to connect the dots that is the problem with the current roll-your-own building block approach to IoT that is pervasive in the industry. Buying the building blocks is not enough. Putting them together to collect machine data is not enough.

Enterprise leaders must see the big picture and see IoT in the context of how it can help transform the organization to compete in the future.

“Things like cloud and IoT, while interesting, have been an optional undertaking for a lot of IT organizations,” Patel told me. “But more and more it’s not going to be optional. It’s going to be mandatory because if you want to be competitive, you have to do this.”

Patel’s words should ring like an alarm in the ears of enterprise executives everywhere. Applying IoT strategically and transformatively is no longer optional. And just buying a bunch of building blocks is no longer enough.