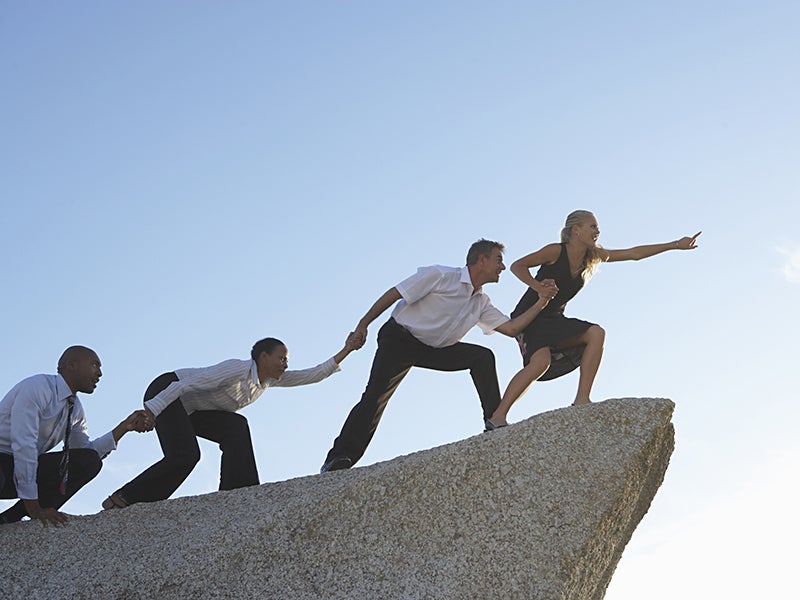 CIOs starting new gigs have little time to waste in making their mark on the organization. Because they don’t get a second chance to make a first impression, winning over both their IT department and their business peers is of paramount importance.

“Companies are not looking for [just] technology leaders,” says Khalid Kark, research director of Deloitte’s CIO advisory program. “They’re looking for inspirational business leaders that can lead and inspire the IT organization and develop a culture of high-performing talent.”

In addition to counsel from Kark and his peers at McKinsey, KPMG and other consultancies, CIOs also have The First 90 Days: Proven Strategies for Getting Up to Speed Faster and Smarter, the seminal onboarding tome by Michael D. Watkins.

But here’s the thing about enterprises: Their unique nature means there are no cookie-cutter playbooks. CIOs must learn to quickly survey the business and hit the ground running, with the first 90 days perhaps the most critical for cementing trust with their peers.

Deb Hall Lefevre wasted little time getting to know the ins and outs of Circle K, a Canadian-owned American multinational chain that operates 15,000 convenience stores, when she became its CIO in April 2017. Following Watkins’ advice from The First 90 Days, Lefevre met with and assessed existing talent, as well as key stakeholders within the enterprise.

Lefevre, who had previously served as CIO of McDonald’s USA, identified influencers, resistors, “raving fans” and top critics. She met with suppliers to identify their key priorities, and identified which projects the team was having trouble “keeping on the rails.” To make sure the IT team could learn who she was, Lefevre also embarked on a “town hall tour,” meeting with the 500-person IT team spread across offices in Arizona, Minnesota, Texas, North Carolina and Montreal. “It’s a good way to get your head around what you need to get done,” Lefevre says.

Underscoring how important it is for CIOs to learn how the business operates, Lefevre also trained as a store associate and visited 50 to 60 Circle K store locations. She says this helped her learn how employees were consuming technology and built credibility with the business. More generally, this also helps CIOs learn what challenges they may have to address.

Since getting acclimated to Circle K, Lefevre has changed the IT operating model to decompose “chunks” of IT work. Lefevre says she’s met little resistance to her changes by using data and logic to support her position. “The [IT team] was craving a bit of prioritization focus and sometimes that inherently creates conflict or some resistance,” Lefevre says. “But if you approach it in a health way and with the business economics in mind, the facts lead you to the right decision.”

1. Set a tone of authenticity and be clear about what’s important.

2. Don’t talk about technology; frame conversations in terms of business outcomes. Tech talk can be a part of the strategy, but not the driver.

3. Resist the temptation to jump to conclusions and nail down your strategy. For example, Lefevre says she initially assumed that Circle K’s North American business was more mature than it really was, but she kept that to herself. Instead, she asked stakeholders: What do you think? What do you think you should do differently? Then she shared what she observed.

4. Don’t approach new roles as if you’re trying to “fix things,” which implies everybody who is there is responsible for breaking it. Instead, focus on strengths and tackle changes in a collaborative and empathetic way.

In February 2016, Diana McKenzie took quite the leap when she became the first CIO of SaaS software maker Workday after spending her IT career in various IT roles at pharmaceutical giants Amgen and Eli Lilly. Like Lefevre, McKenzie is a fan and follower of The First 90 Days, whose principles she also practiced when she became CIO at Amgen. “The principles are enduring,” McKenzie says.

After surveying different groups of stakeholders, she found some opportunities to achieve “quick wins.” Among those were outdated telephony systems, which required users to dial out using “8” or calling a central number. McKenzie moved Workday to SaaS conference calling startup Zoom, and later inked an enterprise agreement with collaboration software provider Slack. Within the first 90 days, McKenzie also identified key contributors and made some tough calls regarding her staff.

Since joining, McKenzie has embraced a “Workday on Workday” strategy, which requires IT to be the first and best customer of the company’s human resources and enterprise resource planning products. She has also built out Workday’s analytics capabilities, which the company views as crucial for its current and future products, and has implemented “CIO scorecards,” a methodology that helps her and the business track the performance of her department.

1. Meet with stakeholders to assess what is and isn’t working.

2. Tackle the quick win and nail it.

3. Assess the team and make changes as needed.

Sherif Mityas employed three main pillars when he joined TGI Fridays as CIO in April 2016. After evaluating his IT team, Mityas began luring managers and engineers from telecommunications companies, retail outlets and automotive manufacturers, which he said added “diversity of thought.”

Then he “set a North Star,” notifying IT and business leaders that he planned to act like a 50-year-old startup in transforming TGI from a casual dining chain into a tech company that sells beer and ribs. Discerning consumers expect the latest and greatest digital capabilities from their favorite brands, and Mityas sought to deliver on that vision.

Step three was figuring out how to nab some quick wins, which Mityas achieved by improving Fridays’ web and mobile experience for consumers and promoting them both on social channels, as well as in business and technology media. The result? Fridays’ online business has doubled in the past nine months, adding $100 million in revenue, Mityas says. In March, Mityas was promoted to chief experience officer.

1. Stock up on and diversify talent.

2. State the mission clearly and decisively.

3. Get some quick wins to demonstrate you’re credibility with the business.

More on IT leadership: