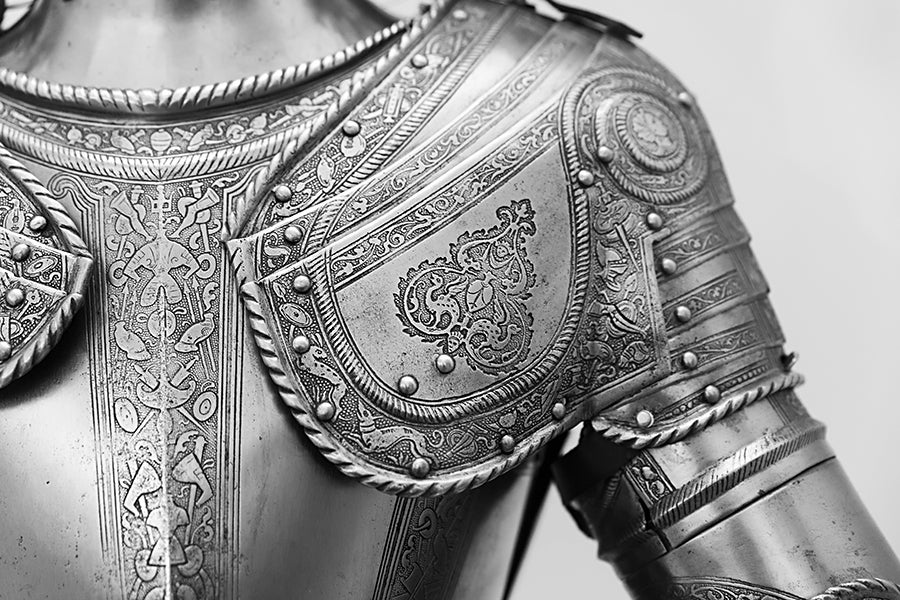 Back in 2017, I took a look at the seven deadly sins against data – from lust to sloth to pride, there was something to repent for most businesses. But the other side of the story is just as enlightening. These five virtues of enterprise data management reveal best practice among retail CIOs who are leading the digital store revolution:

Belief in your business and its ability to give customers what they want across all channels is central to a successful future. In its Mastering the New Business Executive Job of the CIO report, Gartner revealed that actively demonstrating belief in business processes and taking a hands-on approach was a clear marker for successful companies. Sixty-four percent of CIOs at top-performing organizations were shown to be very or extremely involved in their enterprise’s business intelligence/analytics activities, while participation by CIOs at typical or trailing organizations was much lower.

Having confidence in your IT team will also take your business to the next evolutionary level when it comes to implementing digital and data strategy. As digital platforms become part of “business as usual,” the role of Chief Digital Officer will eventually become obsolete and essential data management tasks will be reabsorbed into the CIO’s – and by extension the IT team’s – remit. As Forrester’s Vice President and Research Director Matthew Guarini states, “CIOs will have to orchestrate the underlying technologies and supplier relationships for companies to manage their platform-based business approach. This requires a full commitment to leveraging the cloud and open source software, as well as investments in new architectures that build on APIs and microservices as core components.” Key to this shift will be a move from traditional “IT Status-Quo”-ism to the view that IT is an ever evolving and positive business-driving force. This level of integration can’t take place without a solid, trusted team which has the belief of its CIO to support it.

Now that most businesses have embraced (or at least accepted) the changes that advancing tech and associated increasing levels of data are making to their core strategies, many are beginning to see how they have the potential to deliver a brighter future rather than simply becoming strategic building blocks. Particularly in the field of retail, a number of challenging years which have seen some significant names disappear from the high street have driven CIOs to see digital transformation as a unique source of hope for the future. Retailers offering seamless omnichannel experiences with effectively managed and intelligent use of data retain more customers and sell more products:

This is backed by Matthew Guarini: “2018 will be the year CIOs raise the game for customer-obsessed delivery across the enterprise. CIOs will leverage their best tech leaders to support the transition, and this will forge improved relationships between the business and technology.”

While competition is central to business strategy, there’s an increasing amount of evidence that sharing information, working together and offering advice at a time when everyone is coming to terms with transformation brings benefits to all sides of the transaction. A joint study between the Institute for Corporate Productivity and U.S. business school Babson College found that companies that promoted collaborative working were five times as likely to be high performing as those who isolated their practices. And research conducted by the Harvard Business Review Analytic Services found that 90 percent of businesses surveyed expected collaboration to be extremely important to their organization over the next two years, citing “reduced travel expenses, higher levels of innovation, reduced staff costs, increased productivity, greater efficiencies, quicker time to market, increased sales, and being empowered to make better business decisions” as expected outcomes.

Making a commitment to working with others in the wider business community was clearly important – 46 percent of respondents were looking for better ways to share knowledge with third parties.

Being able to power through the FUD (fear, uncertainty, doubt) which inevitably accompanies times of transformation requires a degree of resilience. Businesses are increasingly relying on their CIOs to lead them through the data labyrinth to commercial success, depending on them to pick up the new tech that proves itself and discard the innovations that don’t along the way.

In its study DNA of a CIO, UK recruitment company Hays says that “technology is changing the face of almost every industry, and new innovations are announced daily. Understanding the value of such developments – which to embrace, and when to invest – is core to the strategic role of a CIO.”

It’s not enough to simply lead the IT department any more – as Hays reports, CIOs need to have the strength to “nurture an unending curiosity about technology and business” and develop “a depth of business acumen will enable you to become a business leader, not just a function leader.”

The end result of CIOs taking the lead should be a stronger, more adaptable and future-proof business with the skills and knowledge to build the data strategies which are essential for success.

A companion to the last virtue, for the CIO, prudence means knowing when, where and how to invest both time and money into tech and data management. This involves keeping abreast of rapid developments and focusing on how to integrate the right ones to deliver your data strategy – as Gartner says: “In this new world, success is based not on what CIOs build, but on the services they integrate. The IT organization will move from manufacturer to buyer, and the CIO will become an expert orchestrator of services. Investing in technologies seen to provide key capabilities or sources of differentiation, and pruning others, will have a profound impact on the IT organization.”

Virtue is its own reward

These virtues and their associated behaviors will come as no surprise to successful CIOs – they’re already living by them, using them to guide their businesses and reaping the rewards. And those who are still on the path to becoming ‘business leaders rather than function leaders’ should find that they are working towards their own virtuous circle where they and the business drive each other to greater efficiencies, better data strategies and a more secure future.

Dan Hartveld has a global reputation for excellence in the field of mobile retail. He has developed award-winning, first-in-class commercial solutions for leading retailers including Topshop, Burberry, Achica and MasterCard. Known for his expertise in the practical application of innovative technology to achieve measurable results for retail, Dan is a trusted expert and advisor with a proven track record in real-world business.

He was instrumental in developing Red Ant’s Connected Retail Platform and rolling it out across retailers, and he was a key member of the team which won the prestigious IBM Watson Mobile Developer Challenge for its cognitive sales associate app.

The opinions expressed in this blog are those of Dan Hartveld and do not necessarily represent those of IDG Communications, Inc., its parent, subsidiary or affiliated companies.