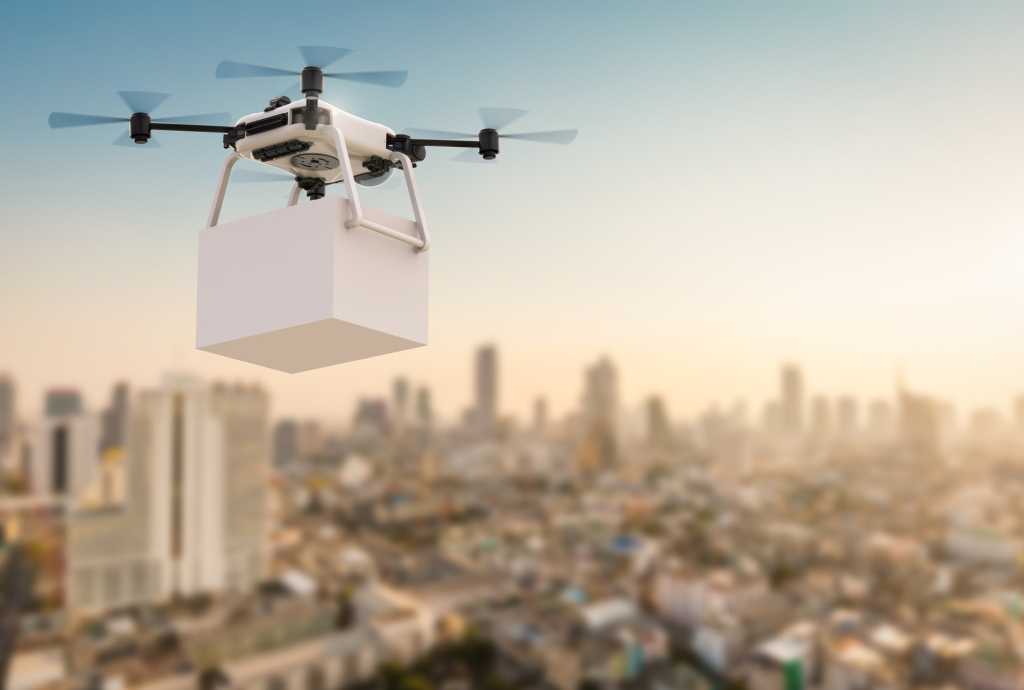 According to Goldman Sachs, the drone market is projected to be a $100 billion opportunity between 2016 and 2020. Key markets include military ($70 billion), consumer ($17 billion), and commercial/civil ($13 billion) with the latter being the fastest growth opportunity.

Drivers and barriers to adoption

Just as there are extremes in the range of use cases for drone technology, there’s also a wide range of drivers and barriers to adoption. These include drivers such as the business case and operational efficiencies when compared to alternative approaches, as well as barriers such as privacy, safety, security, regulation and technology maturity.

One of the biggest adoption drivers is the sheer number of use cases where drones can be applied ranging from inspection, to surveillance, to search and rescue in areas such as construction, agriculture, insurance claims, offshore oil/gas and refining, journalism, customs and border protection, real estate, utilities, pipelines, mining, cinematography and public safety.

Inspection has a particularly strong business case since it’s far more economical to use a drone to inspect critical infrastructure such as buildings, bridges and oil and gas pipelines than to deploy humans on these elevated, risky tasks or to deploy more costly alternatives such as helicopters.

Drones can quickly scan these structures and use cameras and sensors such as thermal imagery and gas detection to detect faults, leaks and structural weaknesses. It’s generally a cheaper, faster, safer and more accurate way to detect and isolate these issues than using people or helicopters. The same is true for capturing visual imagery in humanitarian efforts where drones can capture images at a far higher resolution, more quickly and at a much lower cost than satellites.

In terms of barriers to adoption, there’s the usual suspects in terms of privacy, safety, security and legal barriers for the industry to overcome. According to Goldman Sachs, some of the biggest obstacles to commercial adoption are regulations imposed by the FAA stating that drone flight is limited to a pilot’s line of sight, cannot fly over 400 feet, cannot operate over people or crowds, and must be flown by someone with a remote pilot certificate.

To unlock commercial demand, drones need to be able to operate beyond line of sight, above 400 feet, autonomously, as well as over populated areas. Of course, in densely populated areas, there’s many more hurdles to cross – particularly for drone package delivery, which is expected to be much further out in terms of market adoption.

It takes an ecosystem

Scott Smith, CEO, with North Texas UAV platform startup, Drone Innovations Inc. (DI2), sees tremendous near-term opportunity for drone and autonomous vehicle technology to play a significant role within supply chain, logistics and distribution environments and for emerging drone ecosystems to create new sources of value for all constituents from pilots and operators, to students and educators, to manufacturers, and to logistics and service providers.

DI2’s focus is on enabling the scheduling and delivery of people and payloads (large and small) by integrating drone missions within enterprise commercial supply chain, logistics and distribution processes. The company is developing an immutable source (marketplace) for engaging commercially certified remote pilots, operators and autonomous vehicle professionals.

To start, the technology under development will manage and monitor the launch, in-mission and landing configuration of FAA-registered drone missions and payloads that minimally run through North Texas. The objective is to build an Innovation Center of Excellence at scale with strategic partners to ensure the integrity and safety of these missions using advanced techniques such as blockchain and smart contracts. These solutions will provide heightened transparency into the economic, service level and secure fulfilments associated with these missions.

While the FAA will be the main player in establishing rules and regulations, Smith expects them to continue to work closely with public-private partnerships to help scale the model and develop key learnings and best practices. Rather than going-at-it alone, Smith also expects major high-tech players such as Amazon and Uber will also need contractors and a broad drone ecosystem to fully realize their long-term visions for package delivery and urban mobility.

A focus on training and certification

In terms of future skills, Smith believes the industry needs to provide more robust training and certification options to support the future growth of the drone economy. The company plans to provide a continuing education environment with approximately 80 certifications based on specific industry use cases and for various skill levels. This online learning environment will provide knowledge-based training as well as online skills-based training helping students operate simulated drone missions in a variety of weather conditions, with a variety of payloads using a variety of equipment.

Ed Riefenstahl, Director of Experiential Learning at TCU’s Neeley School of Business and Chairman of Accelerate DFW Foundation, a North Texas non-profit formed to assist entrepreneurs, early on identified that DI2 reach out to the local community college, Tarrant County Community College and its existing Center of Excellence for Aviation, Transportation and Logistics.

When Riefenstahl discovered there was a STEM-training organization, PCS EDVentures, that had developed a 30-hour curriculum with hands-on training for middle and high-school teachers utilizing U.S. made drones, he suggested to DI2 that it take a leadership role there as well. That role would be to facilitate and drive the awareness and integration of drone education between local North Texas school districts and local community colleges. Beyond the STEM-focused training driven by the sheer excitement in the youth marketplace surrounding drones, it could also catalyze future workforce development and supply.

Mapping out the hotbeds of innovation

Just as the IoT industry has seen different geographical hotbeds of innovation than typical Silicon Valley-based startups, the drone industry is seeing several growth areas across the U.S. The FAA, for example, operates 12 centers of excellence throughout the U.S., including the Alliance for System Safety of UAS through Research Excellence (ASSURE) which comprises twenty-three of the world’s leading research institutions and more than a hundred leading industry/government partners and is managed by Mississippi State University.

The Nevada Institute for Autonomous Systems (NIAS) also runs the Nevada Drone Center of Excellence for Public Safety (NDCOE). Their mission is “to save lives and reduce air hazards from drone incursions by empowering a shared safety vision with the FAA’s integration of drones into the commercial air traffic system.” Additionally, on the West Coast, Boeing subsidiary, InSitu, located in Bingen, Washington, celebrated over one million operational flight hours last year across its fleet of unmanned platforms.

Mr. Smith points out that the Dallas/Fort Worth area is a rising hotbed of activity and innovation due to the presence of world-class research universities such as UNT, UTD and UTA as well as Fort Worth Alliance Airport, the world’s first 100 percent industrial airport, and the Alliance Global Logistics Hub, one of the world’s premier inland ports. The venue houses major operations for Amazon, Bell Helicopter, BNSF Railway, Boeing, FedEX Freight, Ryder, UPS Supply Chain Solutions and many others. Smith and his board see a tremendous asset in the leadership and vision of Alliance Airport in terms of making sense of a very fragmented, high-velocity and emerging autonomous vehicle global market.

While consumer drone package delivery and human mobility-as-a-service offerings may be further out on the time horizon, we can be sure that the integration of drones into the supply chain may be here sooner than we think.