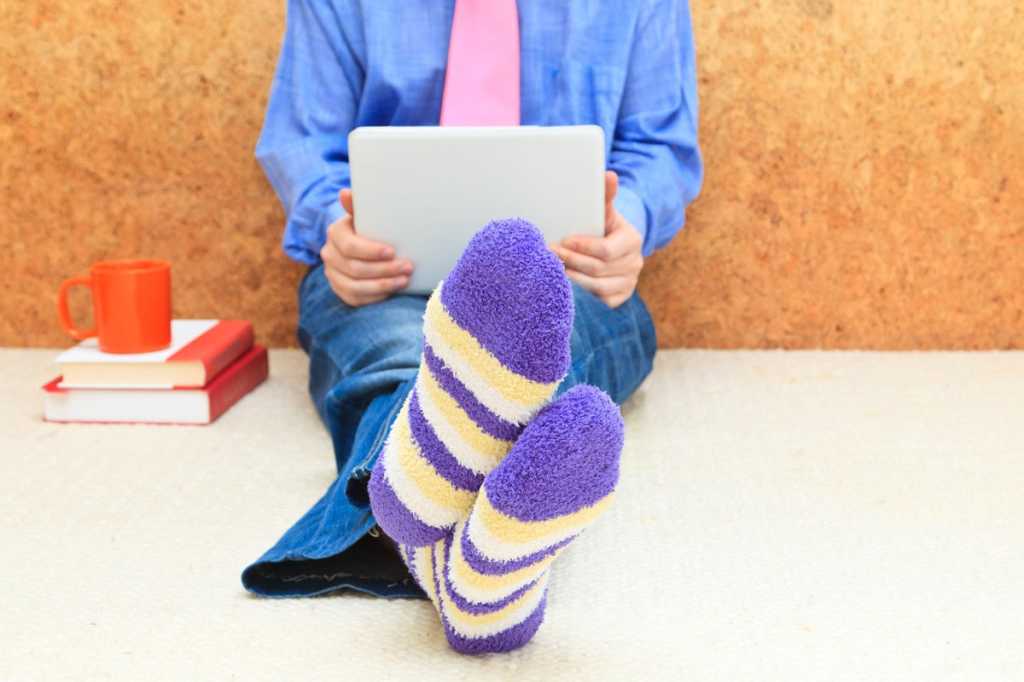 Once upon a time a business leader was expected to arrive at the office, bowler hat on head and rolled-up umbrella at the ready, regular as your grandad’s watch. He, of course, stuck around until 5 p.m. every day, unless he had reached a certain level of seniority when meetings could be taken on the golf course one afternoon a week.

That’s how it used to be, or at least that’s how we imagine it was, all very predictable and inflexible. The advent of IT changed all that, and Wi-Fi, smartphones and the cloud have continued to increase the potential for people to put in their allotted hours from 20,000 fathoms under the sea or the north face of the Eiger or wherever.

A few years ago, I recall predictions that traditional offices would die out in favor of new-age cottage industry, and that global corporations would be run from cabins on the Cape or shepherds’ huts in the Hebrides, perhaps using avatars. That didn’t happen. Most people actually still work from the office most of the time.

Some eminent experts argue that working from home should be encouraged because it appears to increase productivity – notably in a two-year study from Stanford University. Employees in the study worked in a private room at home and it seemed they got more done without the distractions of the open-plan office environment. However, other equally well-qualified experts counter with research showing that people who work from home consistently can suffer from isolation. In this Harvard Business Review study, employees who worked from home said they weren’t treated fairly and their projects got low priority. So, what is the best way to work today?

Along with being able to clock in from the kitchen counter, we have new ways of organizing our offices – with sleeping pods, chutes and standing desks. Many offices now are open-plan and they often involve hot-desking. The corner office with a view of the Chicago skyline people once aspired to have has gone the way of the executive washroom. The new office arrangements reflect the fact that most tech companies have an informal and flatter structure – that guy in flip-flops and a baseball cap at the workbench next to you, earwigging your conversation, is probably the CEO. That is generally a good thing, the fact that people across the organization work in the same space fosters communication and collaboration.

However, the workers who said they get more done in the quiet of home have a point – the open-plan office is undoubtedly a place where people engage with each other and share ideas, but not everybody thrives in this kind of environment. Some people find noise distracting and find it helpful to have a range of spaces available. And hot-desking in places where there is a large floating population can be an effective strategy, but it can go too far. One technique involves cutting costs by having significantly fewer desks than employees, but this can lead to unpredictable game of musical chairs. Too bad if the wrong person ends up on the floor!

Home-working is here to stay – it offers flexibility and supports diversity. People are no longer limited by geography – your co-worker might be continents away instead of at the next desk. And whereas once people with caring responsibilities, primarily women, found it next to impossible to climb into senior roles, the flexibility of modern technology creates new possibilities. There is a great upside to all this and as the parent of four sports-mad boys myself, I have been very grateful for the opportunity to stand on the sidelines of their school sports matches, while listening in on meetings or going through my email.

Is the open-floor plan what is best for your business?

There is a downside. All this flexibility can create confusion and expectations that can’t be met. Many business leaders have probably had the experience of realizing too much flexibility may be endangering the company culture – one day you notice that Jose has been working from home a lot recently and then someone tells you he has actually moved to Japan but he is clear that he won’t let it affect his productivity. You call Jose to discuss – and he asks, wounded: “Don’t you trust me?”

As a business leader, my response would be, of course you trust your staff. But this it is not all about the individual. Even if Jose is sitting cross-legged at a chabudai round the clock, courting karoshi, there would still be a downside for the company. Having senior level executives and experienced employees in the office day in, day out is important for more junior members of staff, as it helps to create an atmosphere in which people feel like what they do matters, that it is noticed and that they are valued.

A co-working situation is one in which people can raise problems and issues as they arise, and where they can feel listened to and encouraged. I am a big believer in creating a great team, and there is no sports coach I can think of who gives players the option of training from home. So, while a certain amount of flexibility is very useful and valuable, I feel that home-working is best for those times when people need it – the dog’s sick, the electrician is coming, a parent wants to work from home one hour a day to make pick-up easier.

I am not advocating a return to the days of bowler hats and brollies, but most offices do benefit from a degree of predictability. If everyone knows that come rain or shine, senior team members are going to be there, and that everyone is going to have a place to sit, the effort of getting into work feels more worthwhile.