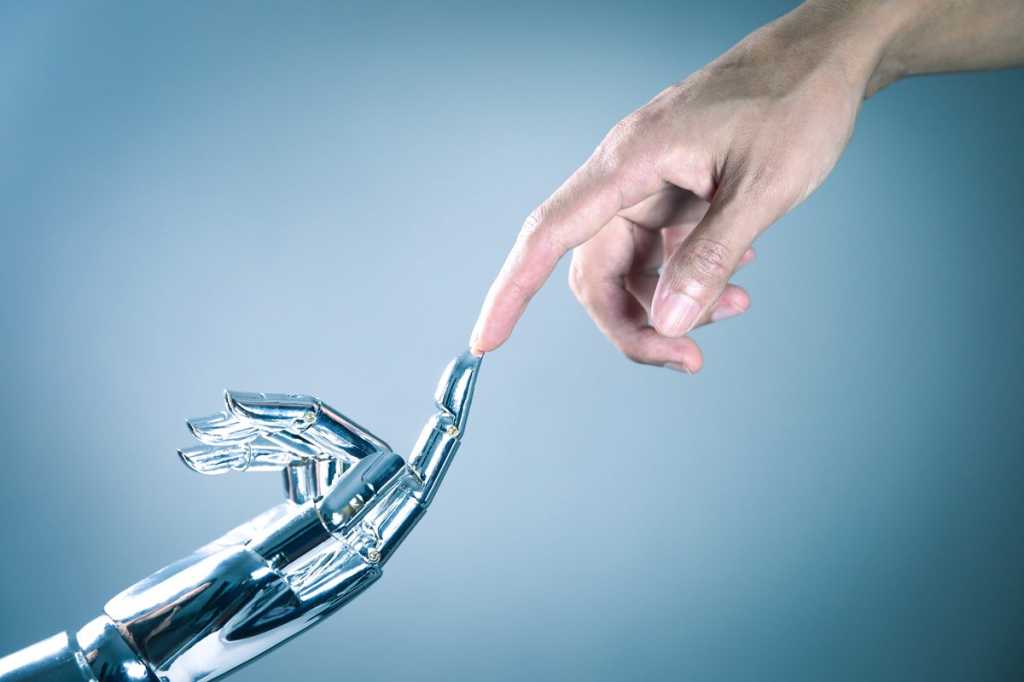 Much has been said about how artificial intelligence (AI) systems can automate some processes to make them more efficient. Far less attention has been paid to AI’s greater power: enabling humans and machines to leverage and amplify each other’s strengths.

It’s about understanding the “and” between human and machine as well as between automation and augmentation.

I truly believe that humans and machines can become symbiotic partners, working together and pushing one another to higher levels of performance. Moreover, companies can reimagine their business processes to take advantage of collaborative teams of humans working alongside machines.

A new book, “Human + Machine,” by Accenture’s chief technology & innovation officer Paul Daugherty and managing director James Wilson, describes this dynamic and diverse space as the “missing middle.” Why? Because almost no one talks about it, and only a small fraction of companies are working to fill it.

Here, humans are needed to develop, train and manage various AI applications. In doing so, they enable those systems to function as true collaborative partners. Machines are then enhancing human skills, such as the ability to process and analyze copious amounts of data from a myriad of sources in real time.

In this space, which is still largely unchartered territory, six new roles for humans and machines are emerging: three for humans, three for machines – all of which ultimately benefit people.

The new human roles center around how people can make AI systems work in a way that complements them:

Take ZestFinance for example, which helps lenders better predict credit risk and expand financing to borrowers who might not ordinarily qualify. The company enables lenders to analyze thousands of applicant data points and applies cutting-edge AI technology to arrive at a yes-or-no decision. Given the nature of its business, ZestFinance’s customers need to be able to explain the inner workings of the AI system they use to approve loans – and ZestFinance is able to provide that explanation by breaking down the data points considered and what patterns the technology looks for.

On the machine side, new roles for AI emerge that enable new levels of productivity – augmenting human work. These fall into three categories: amplification, interaction and embodiment.

In these three new types of missing middle interactions companies are not only gaining super-powered employees, but they’re obtaining a whole new way of thinking about the way they run their businesses. Combine this with the three new human roles – trainers, explainers and sustainers which highlight the ways that workers improve the effectiveness of AI – and we start to see the impending shift.

With machines, humans can accomplish more than they can on their own, in the same way that machines are reliant on humans to improve. If done right, it becomes a symbiotic relationship. This is where artificial intelligence becomes “applied intelligence.”

Narendra Mulani is Lead for Accenture Applied Intelligence, a practice that his passion and foresight have helped shape since 2012.

A connector at the core, Narendra brings machine learning, data science, data engineers and the business closer together across industries and geographies to embed analytics and create new intelligence, democratize data and foster a data native culture. He leads a global team of industry and function-specific analytics professionals, data scientists, data engineers, analytics strategy, design and visualization experts across 56 markets to help clients unlock trapped value and define new ways to disrupt in their markets. As a leader, he believes in creating an environment that is inspiring, exciting and innovative.

Narendra joined Accenture in 1997. Prior to assuming his current role, he was the Managing Director – Products North America, responsible for delivering innovative solutions to clients across industries including consumer goods and services, pharmaceuticals, and automotive. He was also managing director of supply chain for Accenture Management Consulting where he led a global practice responsible for defining and implementing supply chain capabilities at a diverse set of Fortune 500 clients.

The opinions expressed in this blog are those of Narendra Mulani and do not necessarily represent those of IDG Communications, Inc., its parent, subsidiary or affiliated companies.