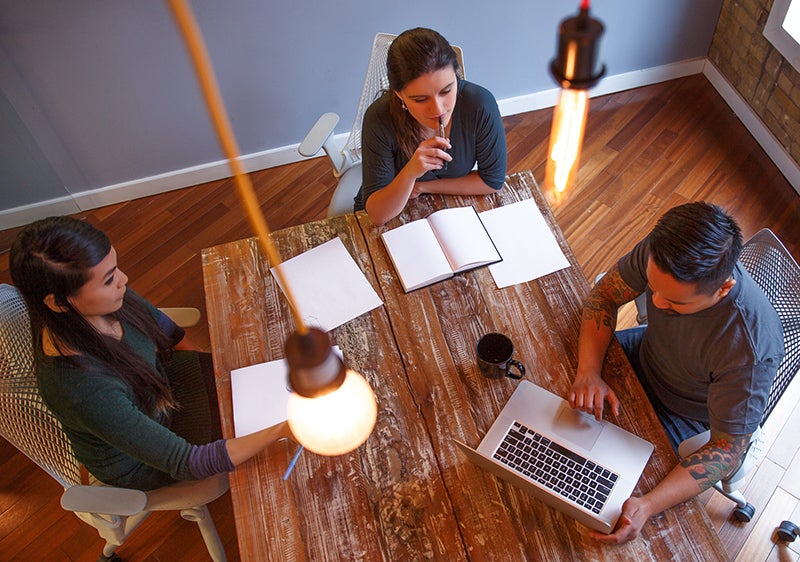 Continuous integration/continuous delivery (CI/CD) is the next logical step in the evolution of software development, packaging, and deployment. It utilizes automation to deploy software changes faster, safer, and more frequently than ever before. Next generation toolkits are now available to implement CI/CD methodology.

What’s the earliest build tool you remember using? Tools such as GNU Make, Scons,  and Autoconf date back to the 1990s and beyond. They give many seasoned developers unpleasant memories of hours of fruitless struggle and broken configurations. As infrastructure became more complex and dynamic, build tools needed to become more automated and sophisticated. This led to increasing automation, along with rapid development tools and methodologies.

Today’s toolkits handle everything from configuration to testing to packaging to deployment. In fact, modern build systems have enabled a new paradigm of software and configuration management: continuous integration and continuous delivery (CI/CD). In the eBook Modern App Builds for Modern App Builders, we explain where our complicated toolkits originated and how an organization can rethink their tools for CI/CD.

The expectation for software has outgrown the old deployment models. Modern architecture is far more diverse and complex, and customers expect more frequent deployments. Instead of just deploying to a handful of servers, deployment targets clusters of VMs, clouds, and on-prem data centers. These changes in scope mean that reliability, flexibility, and scalability are more necessary than ever.

An infrastructure using CI/CD leverages the latest technology to keep deployed applications up to date. CI/CD integrates well with modern project management practices such as Scrum and Agile. These new tools and techniques have increased not only the speed of deployment, but also the quality and adaptability of modern software.

Projects that benefit from CI/CD employ a wide variety of technology and deployment targets, including Docker containers, OS packages and bundled programming libraries. Modern automated application build tools manage all of these deliverables.

The first part of the CI/CD formula is continuous integration. This means that code and configuration changes from developers are frequently committed to the master branch of a project – sometimes multiple times per day. Every time a commit to the master branch occurs, a new build and test cycle is triggered to determine if the new code is ready to be packaged and released. With continuous integration, code freeze is a thing of the past.

Continuous integration used to be just a novel technique to avoid development headaches, a way to make sure that bad code wasn’t introduced to the master branch. Today, it has become an essential tool in the modern software development lifecycle. CI quickly determines if new show-stopping bugs have been introduced, or if code changes have caused regression failures and packaging issues. This prevents many bugs from being released in deployed code and, when done correctly, makes project development move swiftly and smoothly. Extreme programming (XP), an agile methodology introduced in the 1990s, was one of the first to embrace CI.

CI isn’t just a technique, however. It relies on sophisticated modern toolchains that help automate everything from source code change management to quality assurance to software builds. Integrating all of these moving parts to enable automation is a daunting task, but it’s necessary to achieve continuous integration.

The other half of the CI/CD methodology is continuous delivery. This is the practice of automatically deploying successful builds to production environments. Once changes have passed the automated steps in the continuous integration phase, they are considered ready for deployment. As you can imagine, more automation is needed for this step.

The CI process is a critical prerequisite for CD. The automated testing and building that are core to CI inform the CD toolchain if new versions are ready for production deployment. Automation during the deployment phase can include everything from distributing packages to provisioning VMs, containers, and additional cloud resources. Thanks to modern DevOps automation techniques, CD can also include configuration changes down to the OS and networking levels of an application’s infrastructure.

In the past, products that were updated too often were viewed with suspicion, because they were frequently riddled with new bugs, faulty installations, and poor quality control. However, innovations in automated integration, testing, and packaging have changed our expectations for software. Frequently, continuous deployment happens so smoothly that end users are completely unaware. For example, today’s web applications and mobile apps update constantly, and these upgrades are now expected, rather than viewed with trepidation by users. Continuous deployment is vital to the success of a modern application.

Finding Your Path to CI/CD

Even with the best team of developers you can find, your application will never find a foothold in the market without the right build and deployment tools. You can’t skip steps in the journey to automated CI/CD. Start smart, with test-driven development, version control, and automated build and dependency systems. To drive innovation and build quality software for today’s world, you’ll need a good automation toolchain and a strong DevOps culture.

A modern CI/CD methodology will help your team shed the burdens of manual release processes and the headaches of dealing with complex IT environments. If you’re planning to implement CI/CD for your team, our eBook is a great place to start. Each manual process removed from the equation will improve not only the lives of your development team, but the final quality of your deployed software product.