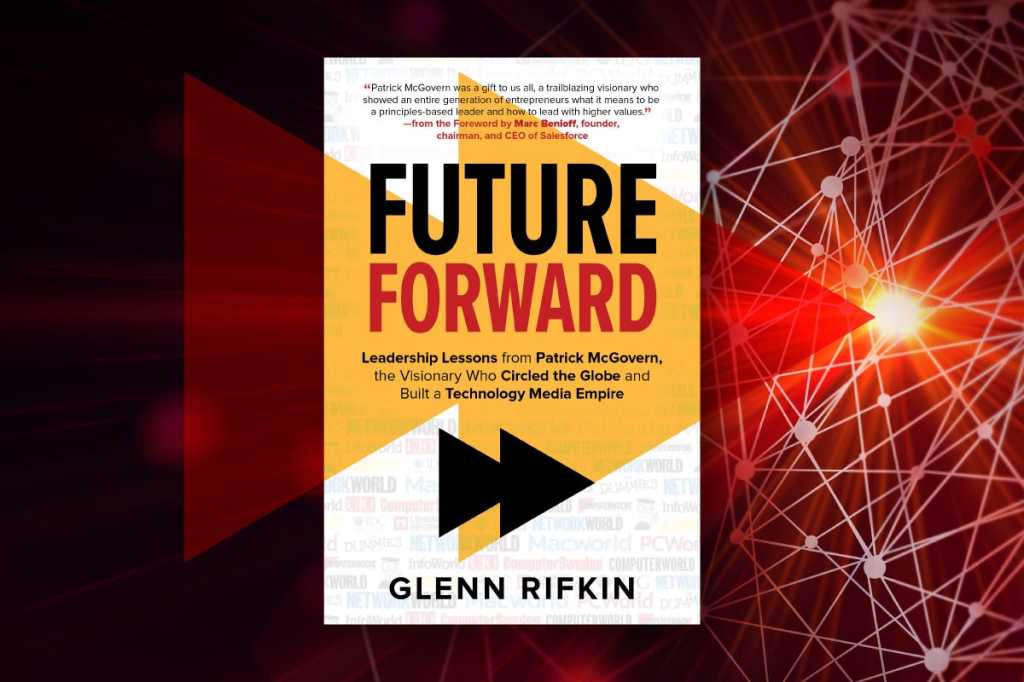 This excerpt recounts the audacious, entrepreneurial origins of CIO magazine, bringing to life McGovern’s “Let’s try it” approach to innovation.

[ Sign up for the CIO Leader newsletter to get the latest career insights and receive the quarterly digital edition of CIO magazine. ]

As often happened, McGovern was a good decade ahead of his peers and competitors when it came to fostering innovation within IDG. The concept of “intrapreneurship” gained wide popularity in the 1980s as innovation became the watchword for late twentieth century corporate success. Leaders such as Steve Jobs, Richard Branson, and later Larry Page and Sergey Brin were vocal proponents of “Let’s try it.” The payoffs were world-changing. The list of breakthrough products and services spawned by internal innovation efforts is impressive. Among them:

McGovern foresaw the power of such thinking from the earliest days of IDG. His decision in 1978 to get off a plane in Beijing without a visa to visit a country that had yet to establish diplomatic ties with the United States was a classic “Let’s try it” moment that eventually spawned a highly lucrative result. His business sensibility mirrored his personality. He was driven, tireless, and highly competitive, but he had no craving for the spotlight or the lion’s share of the credit. He made sure senior leaders within IDG were publicly feted and rewarded for out-of-the-box thinking that drove growth. Worldwide managers meetings were inspiring gatherings during which top performers were lauded by their peers and given cash rewards. By encouraging and supporting this kind of entrepreneurial spirit within IDG, the company reaped massive benefits.

For example, after 15 years working for IDC, most of that time as vice president of marketing, Joe Levy believed that the money and the fun were on the publishing side of the business. IDC, the company’s research arm, had struggled unsuccessfully toward profitability for much of that time. But Levy had soldiered on until 1986 when IDC hired Carl Masi as its new CEO. Masi came from Wang Laboratories, at the time a noted minicomputer maker, and he had some big ideas about how to improve IDC’s lagging fortunes. At an early 1987 executive committee meeting, Masi presented a grandiose plan to McGovern that involved spending a lot of money and making significant investments. Several IDC managers presented similarly optimistic plans, and then Levy, as VP of marketing, spoke last. He had one foil for the overhead projector: a picture of the sinking of the Titanic. “I looked at Pat, and I’m not a particularly brave person, but I said, ‘Pat, we don’t stand a chance in hell,’” Levy said. “Needless to say, that didn’t ingratiate me with Carl Masi, who was my new boss.”

Indeed, after the meeting, Masi took Levy into his office and told him he’d be gone in six months, so he ought to start looking for a new job. Levy did just that. But instead of looking outside the company, he thought about McGovern’s edict: Let’s try it. And he came up with an idea that had been percolating in his head. IDC had been publishing countless reports about the heads of data processing as they were becoming more and more crucial to the business side of their firms. Despite their growing importance, these techies rarely received the respect and acknowledgment from corporate executives. They were considered integral parts of the back office but not savvy business leaders. Levy thought about all the C- level titles, from CEO to CFO, and thought, “Why not have a chief information officer, a CIO?” And beyond that, why not create a magazine for and about CIOs “and make them famous for their use of technology instead of just writing about the technology itself?” Levy thought.

He sent a note to McGovern with his idea, and not surprisingly, McGovern responded by saying “Give me a business plan.” Levy knew little about business plans, but he put something together quickly and sent it along. His actual goal, he recalled, was simply to outlast Carl Masi, a fellow whom he assumed would flame out quickly in IDG’s unique environment, and then Levy could return to his day job running marketing at IDC. Levy figured he could spend at least several months researching the concept, mostly by visiting these CIOs and polling them to see if there was an audience for the prospective publication. He quickly realized he had tapped into something serious.

“I would be talking to people, and they would ask when the first issue was coming out,” Levy recalled. “So I would make up a date. But as time went on, they’d ask me for a rate card.”

Levy, in his marketing capacity at IDC, had coordinated magazine supplements based on IDC research for Fortune magazine. He helped the Fortune salespeople sell advertising and learned about Fortune’s advertising rates. The supplements had been extremely profitable for Fortune and were moneymakers for IDC, so when asked about his new magazine, he quoted just below Fortune’s rate card.

Nonetheless, he was quoting close to the highest cost per thousand readers (CPM) rate in the magazine world. At the time, he never envisioned an actual magazine being born. This whole effort was a stalling tactic. But as Levy played it out, he got a faint inkling that his stalling tactic was morphing quickly into an actual publication. Levy came up with an initial circulation figure of 25,000, and as the fictional ad deadline for the first issue approached, he began to get panicky. “I figured this was a nice buildup of frequent flyer miles, but what I didn’t realize was that to a lot of these advertisers, it sounded like a great idea,” he said. “We started getting insertion orders for ads, and I finally had to tell Pat, ‘We’ve got a big problem.’ Pat said, ‘What problem?’ and I said, ‘We have insertion orders for a magazine that doesn’t exist.’ And he said, ‘It does now!’”

Thus CIO magazine was born, albeit without any editorial, sales, or production staff. Suddenly thrust into an editorial role, Levy fought off panic. He thought he might approach Computerworld, IDG’s highly successful flagship publication, and make CIOa supplement to the weekly newspaper. But McGovern nixed the idea.

Years later, he confided to Levy that he was convinced that an association with Computerworld would have caused CIO to fail. Computerworld, McGovern reasoned, would have insisted on doing everything by the book, and that was exactly what Levy was avoiding. His plan and his advertising rates were audacious, and McGovern believed that audacity was what fueled CIO’s success.

CIO debuted in 1987 and was profitable from the start. Levy began with low overhead: just four employees, including himself and a coterie of freelancers. Once the magazine got traction, he initiated a series of executive conferences for CIOs in order for advertisers to mingle with top technology executives. Seemingly everything Levy did turned to gold. CIO found an instant and appreciative audience right out of the gate. Being on a CIO cover, which bore a slight resemblance to TIME magazine, became a badge of honor. Due to the magazine’s cachet, exhibitors paid a steep price—up to $50,000—to attend the conference and were also required to pay $250,000 in advertising dollars for a 12- month period. At its height under Levy, CIO became an $80 million business unit of IDG. McGovern was pleased. “As long as I made my numbers, I would never see him or hear from him,” Levy said. “He’d send me ideas from time to time, but I ran it as if it was my own company.”