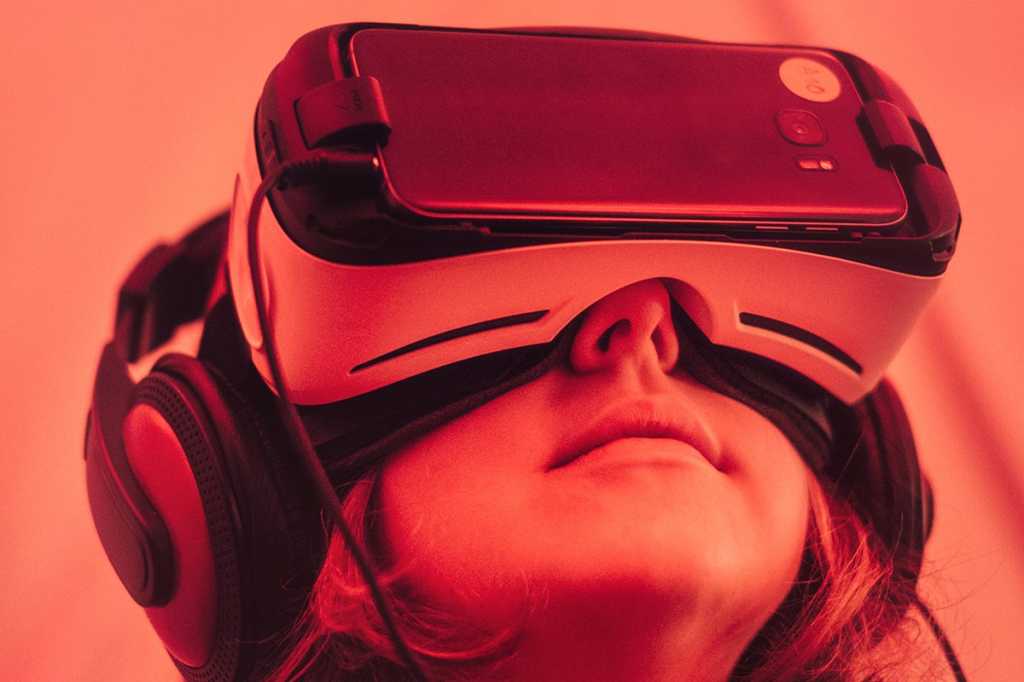 While virtual reality (VR) has obvious consumer appeal, augmented reality (AR) was invented for industrial manufacturing, and both are increasingly being seen as viable solutions for business needs.

This year, IDC estimates that more than 60 percent of the nearly $18 billion that being spent on AR and VR in 2018 will be commercial projects, rising to 85 percent of spending by 2021. Capgemini found that 82 percent of companies implementing AR or VR projects are happy with them and half of those who haven’t started on AR or VR yet plan to within the next three to five years.

[
Discover 9 emerging innovations that could redefine IT | Learn 7 tips for vetting the business value of emerging tech and how to assess emerging technology with a heat map
]
[ Learn the 6 secrets of highly innovative CIOs and how your CIO peers are defining and driving innovation today. | Get the latest leadership advice by signing up for CIO Leader newsletter. ]

AR and VR have different use cases and fit different roles and tasks, says J.P. Gownder, vice president and principal analyst at Forrester Research. The main enterprise use for VR is training. “Secondary uses include product design and visualization for product designers and engineers, a small number of data visualization projects for data scientists, and a bit of collaboration.”

“AR and mixed reality are succeeding in field service roles,” he says. Here, workers can improve productivity by pulling up schematics and videos or tapping into remote assistance. “Clinicians, particularly surgeons, use similar technologies to very different ends. Visualization is common, too — retail store associates visualizing a new shelf display before building it, or Ford car designers using HoloLens to design vehicles collaboratively, in 3D space.”

The technologies do overlap in some areas, like visualization and supervised training, where AR and VR complement each other. If that fits your project, look for approaches like Microsoft’s mixed reality where tools like Unity and Vuforia and Microsoft’s own Mixed Reality Toolkit let you create across both AR and VR devices.

For broader impact, look for projects where you can start with one tool and expand to other use cases. The same models that Ford’s car designers work on are used in business discussions where the planning team needs to understand the implications of, say, changing a material used in the vehicle interior, and in sales demos. Mercedes-Benz Global Training uses HoloLens training sessions both for teaching repair techniques to service specialists and to show car features to sales teams before the cars arrive in the showroom.

But don’t forget the basics; AR and VR projects can’t be treated in isolation. To get the most value, it is essential to integrate them with existing systems and processes.

Here is a look at seven areas where organizations should consider putting AR and VR to work.

Training, says Gownder, is the killer app for VR in enterprise. “From Wal-Mart using VR to train significant swaths of its retail associates, to UPS using VR (with a video-game style steering wheel) to train drivers on improving safety, to one healthcare firm simulating Alzheimer’s for clinicians treating patients with the disease, it’s booming.”

VR is ideal when you can use it to replace expensive physical facilities, and you can scale that training to far more people and situations. Instead of building pre-damaged houses to train claims adjusters, Farmers Insurance Group can cover over 10,000 scenarios on water damage alone with its VR training. Embry-Riddle Aeronautical University’s Virtual Crash Lab allows 22,000 students online and at campuses and military bases around the world to virtually walk around a real plane crash. Virgin Atlantic is using an iOS AR app that shows the Boeing 787 Dreamliner cabin at full size to familiarize cabin crew with the plane layout.

VR training can also be combined with HoloLens so that the trainer can watch the trainee and see the VR model at the same time so they can monitor what the trainee is doing, particularly important for physical training where the trainer needs to assess how accurately the trainee is performing a task. Firepoint, from Microsoft’s Imagine Cup student developer competition, is an excellent example of this. It is a mixed reality firefighter training simulator that lets the trainee walk through scenarios like smoke-filled warehouses, swinging axes, using hoses and rescuing people. A trainer using a HoloLens can see both the trainees and the simulation, so they can assess their technique and coach them to improve.

If you don’t want to DIY, VR authoring tools such as StriVR Enterprise are emerging (Walmart uses StriVR), although Gownder notes that “many of these training initiatives are developed in-house or on a custom basis by development shops.”

Getting more information about the hardware you’re servicing with augmented reality gives installers and service technicians a productivity boost, and AR glasses or HoloLens mean they don’t have to put down their tools and pick up a phone to get the information. The built-in cameras also enable a remote expert to see exactly what the technician is seeing and doing, essential to helping them solve the problem and give tips on fixing it. This was one of the very first demos for HoloLens, using Skype, and thyssenkrup has been using this to support elevator service engineers in the field since 2016.

Now Microsoft’s Dynamics 365 Remote Assist uses Azure Active Directory accounts and Microsoft Teams video calling to enable a remote expert to work on a PC or tablet and mark up the video feed with a pen, which then shows up in a technician’s HoloLens view to help them see what they need to keep an eye on while they’re working.

Pengram lets you combine 3D CAD models and HoloLens or smartphone video calls with VR. The expert wears a VR headset where they see the video feed, and they appear in the AR camera feed as an avatar with hands they can use to point to a problem or demonstrate what action to take; they can also put 3D models of parts and tools into the camera feed, moving them with the avatar’s hands to show someone where the part is in the system or where to put the screwdriver. This started as another Imagine Cup project; a Fortune 100 energy grid assessment company is already investigating it for a pilot project and HTC plans to offer it as a tool for education.

Both AR and VR are proving useful for 3D data visualisation. KPMG uses HoloLens to let groups of executives visiting its Insight Centers see the data from presentations as a group. You can do that with HoloLens and Power BI in your own boardroom with the Power BI Mobile app, or Great Wave Analytics VR gives you a 3D visualization of Salesforce data using Oculus Rift and Leap Motion controllers.

CAD tools like Autodesk, SolidWorks, Trimble Connect and SketchUp now support AR and VR, so designers and engineers can look at components, products and architectural designs in 3D. There are also VR-specific design tools like Vuforia Studio, Gravity Sketch for sketching in 3D in VR, or Worldviz’s Vizible, which works with industry standard CD models and has built-in meeting tools. If you’re picking AR headsets like HoloLens, consider the office space they’ll be used in; a permanent surface for displaying 3D maquettes and models can be less distracting than using the table in a meeting room.

Architects, retail designers and factory layout designers are turning to AR, and especially the HoloLens, to see plans and projects in a physical site. Cirque du Soleil uses HoloLens for planning stage layouts and Stryker works with hospitals and surgeons to design operating theaters. This doesn’t have to be a specialist discipline; it can be as useful for office moves or designing the setup for an event or conference. The new Microsoft Dynamics 365 Layout tool for HoloLens can import 3D models and apply rules to show warnings for potential issues like machinery that needs more power than a nearby outlet can supply.

But being able to walk around a full size virtual model is also useful if your business creates large products; Paccar, the parent company behind Peterbilt, DAF and other truck brands, uses HoloLens to enable designers to experience a full-size 18-wheeler.

You can also use VR to plan more effective physical processes. Ford achieved a 70 percent reduction in worker injury rate and a 90 percent drop in ergonomic issues by using VR simulations, full-motion body capture and 3D-printed prototypes to test a new car assembly line before building it.

6. Organize your VR in SharePoint

As your organization builds up 3D and VR content like product models, 360 degree videos, training and new employee orientation material, you’ll need a home to help people find relevant content. Currently in private preview, SharePoint Spaces is a point and click authoring tool to build immersive environments that work in a browser, smartphone or headsets (including Oculus Rift, HTC Vive and all the Microsoft mixed reality headsets) for exploring that content.

If you build smartphone apps for your customers to use, look at how you could enhance them with AR; it’s not just for marketing campaigns. Gap has a DressingRoom app with 3D mannequins in a range of body sizes and heights so customers can try out clothes without trying them on. eBay has an Android AR app that helps sellers find the right size USPS packaging, with a preview of the shipping cost. Ikea’s iOS Place app lets shoppers see furniture in their own homes (although the AssembleAR app that shows you animated assembly instructions is a third-party offering). L’Oreal recently bought the ModiFace design team who built Sephora’s Virtual Artist app that lets customers try out makeup virtually. At the high end, Lowe’s and Volvo have been using HoloLens to let some customers design kitchens and see inside new cars virtually.

AR can also help parents get extra time for shopping by distracting children. Kimberly-Clark built a Halloween game to amuse children in retail stores and travellers on Eurostar trains through the Channel Tunnel can use their phones to see a hidden world of fish and mermaids under the sea when they can’t see anything out of the windows. Look for something where AR adds real value to what your company sells, not just a gimmick, especially if you can build on AR and VR work you’re already doing for other projects.