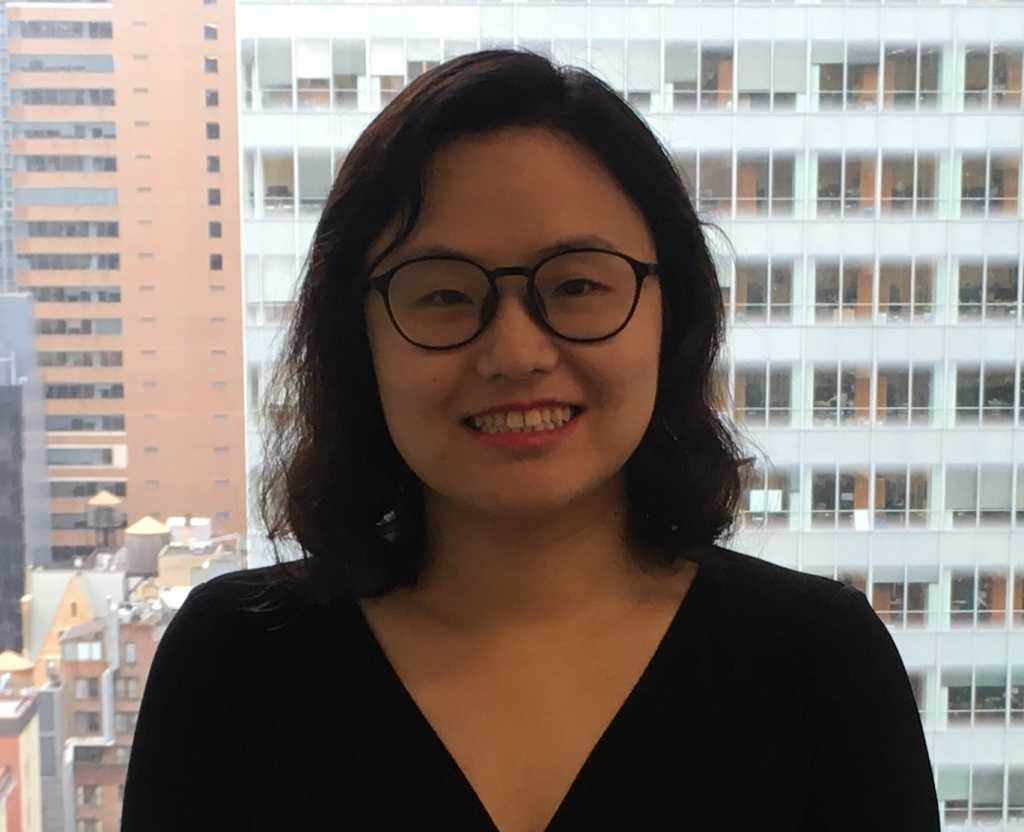 Just two years ago, Eximchain co-founder and CEO Hope Liu had only US$5 in her bank account, but that didn’t deter her from raising more than $20 million, putting together a team in Singapore to commercialise an enterprise-oriented blockchain and, last week, launching Mainnet, a global supply chain platform.

The rapid rise of Eximchain from obscurity to buzzworthy startup with the staffing, funding and technical knowhow to launch a blockchain-based global supply chain network comprising 233 nodes across 14 regions worldwide reflects Singapore’s growing reputation as a hothouse for tech innovation.

Global supply chain systems are fragmented and ripe for an overhaul. Data about suppliers, buyers, and logistics are stored in disparate systems of millions of companies, leading to inventory problems and inefficiencies in managing supply chains and related financing.

System fragmentation makes it difficult for buyers to find trustworthy sellers, and for upstream suppliers, which are often small Asian companies, to prove their track record and obtain financing. Tech giants like IBM as well as a variety of startups are working to solve these problems via blockchain networks, a market potentially worth US$3.31 trillion by 2023, according to research firm MarketsandMarkets.

“Enterprises will drive the buying power and blockchain improves their supply chain efficiencies but in the end all the data stored on the blockchain will improve efficiencies for small businesses as well”, Liu says.

The blockchain concept is often equated with cryptocurrencies such as bitcoin but is essentially a programming architecture for distributed networks that makes use of cryptography to securely host applications, store data, and transfer value.

Eximchain distinguishes itself from potential competitors by offering a permissions-based, public blockchain based on a modified version of Quorum, a high-speed, enterprise-focused variant of the Ethereum blockchain released by JP Morgan.

“In the past two to three years there have been lots of enterprise proof-of-concepts running on private consortium chains or centralised networks but not a single enterprise use case has moved on to mass adoption at scale, so what we’ve delivered is something that is going to be the stepping stone, the architecture for solutions that are going to be scaled in the future”, Liu says. “We built our own blockchain is really because we want to offer the basic things that are  fundamental but really important for our clients that no other blockchain can offer, which is privacy, scalability and security.”

Eximchain modifies how the Ethereum client protocol enables consensus, permissions and governance of the blockchain. While only the participants in a smart contract need to reach consensus on a transaction – or in blockchain parlance, a block – the transaction hash, or cryptographic fingerprint of the block, is included in the distributed ledger residing on all the nodes maintained by network participants. The process is key to enabling business blockchains that can scale, simultaneously allowing for a public record of transactions that can be scrutinised by all supply chain participants, while keeping certain details secret.

This appealed to YOOSourcing, a sourcing platform with 40,000 registered users comprising a desktop web app and a mobile app. The desktop app offers buyers an admin panel for monitoring orders. With the mobile app, suppliers can for example, take photos of products they are working on for buyers to show various stages of completion. It also lets inspectors and buyers check in on a map when visiting suppliers, to verify their location. Buyers can rate suppliers, and suppliers can use their ratings to attract new buyers.

“For example, with proof of quality, the buyer, the supplier, and the utility inspection company interact with the smart contract and they arrive at a conclusion about the quality of the order, and if that step goes well we go on with the next step, which is shipment”, says Beijing-based Milad Nouri, YOOSourcing’s CEO.

While contract details can be hidden from other blockchain participants, useful information for other supply chain participants can be made public. These records can help companies see which buyers pay on time and which suppliers deliver quality goods on schedule, and can be used to prove credit worthiness and apply for financing.

Liu’s experience working at UBS after graduating from Peking University in 2008, as an authorised officer for APAC cash equities settlements overseeing a team of 20, gave her insight into the disconnect among systems for finance and trade, and related databases.

The costs of system disconnect

Liu cheerfully admits she didn’t attend many classes either at Peking University, or, after her stint at UBS, at MIT’s Sloan School of Management. But one she did attend at the end of 2015, where fellow student Can Kisagun was pitching a blockchain idea, changed her life.

“It was the first time I heard of blockchain and I thought, how can this be – people you don’t know maintain your network? I went home and stayed up all night online. After that my friends said I wasn’t fun anymore, all I wanted to do was blockchain.”

She ended up founding Eximchain with Kisagun, but they ran out of money. With only $5 left in her bank account and a year left in her MBA programme, Liu went back to school to live on scholarship money and Kisagun went on to found Enigma, which has created a privacy protocol to enable secret smart contracts that Eximchain is incorporating into its blockchain network.

After graduating from MIT, Liu’s relentless efforts to pitch Eximchain to potential partners, investors and network participants were rewarded. After releasing a detailed whitepaper laying out Eximchain’s approach to blockchain, the company signed letters of intent with more than a half-dozen SMBs, raised $1million in equity investment and started shifting operations to Singapore, becoming legally registered there.

From MIT to Singapore

The move to Singapore was a big step. “We built a business there, we actually moved our team there. We have a very senior developer who’s experienced in distribution systems, I have my marketing team there and my commercialisation team there”, says Liu. A local pool of professionals was also a draw.

“Singapore as a financial and professional services hub is actually the place where we can build a team with local talent and develop business across Asia.”

Tech startups, talented developers and business professionals are attracted by the government’s supportive tax and regulatory regime, a developed infrastructure and the track record of other up-and-coming businesses.

The government itself is using blockchain in a variety of different initiatives, and several innovative Southeast Asian blockchain startups are based there.

A benefit for blockchain startups is that Singapore, unlike the US, allows them to sell tokens as network utilities rather than securities. This gives the startups a measure of regulatory certainty. (China has banned token sales altogether.)

In addition, some of the first businesses to tap into Mainnet, like YOOSourcing, will be in China, so being in the same timezone with Shanghai and Beijing is convenient.

“Singapore has always been a hub in international trade for Southeast Asia – for Hope, being in Singapore really makes sense because while our target for now is mainland China, a lot of suppliers are moving to other Southeast Asian countries so actually they will be closer to our target countries”, says YOOSourcing’s Nouri.

In addition to its partnership with YOOSourcing, Eximchain is conducting a proof of concept with a Fortune 500 company, currently undisclosed, using Eximchain technology to increase data sharing, build trust, and facilitate transactions worldwide. The company will also seek innovation partners and ambassadors worldwide to help develop supply chain applications.

Marc Ferranti is the editor in chief of the IDG News Service, and Regional Executive Editor for IDG B2B brands.