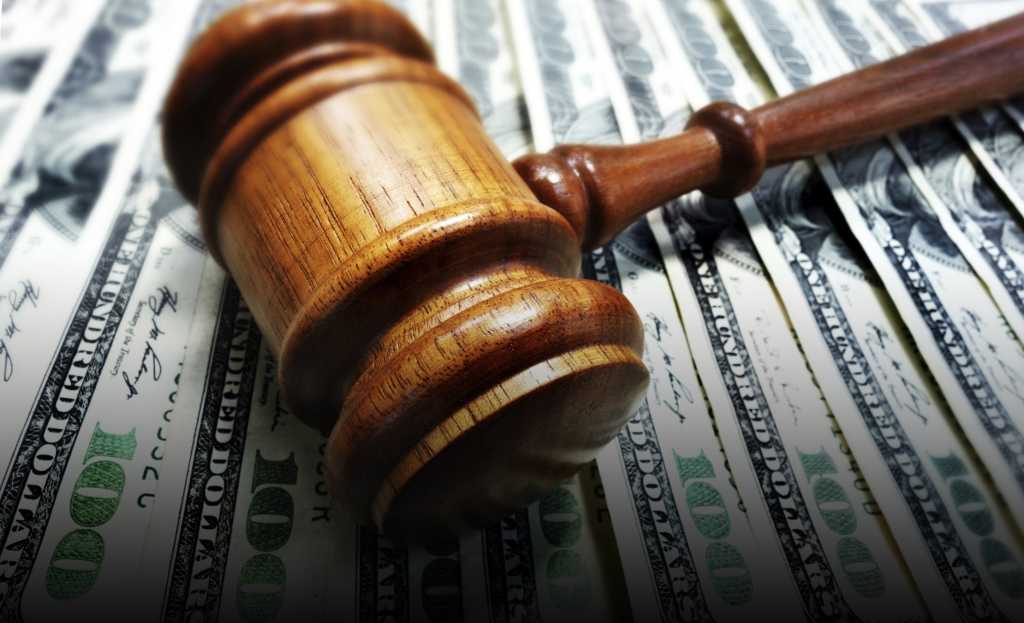 There is little doubt patents are becoming more valuable, and this means the risk of being sued for patent infringement is higher. Thus, it is imperative that companies find ways to mitigate that risk.

The pendulum is swinging back in favor of patents

Since the early 2000s, new patent policies implemented in the United States tended to devalue the property right. The tide, however, appears to be turning.

While both the courts and Congress enacted policies that made it harder to enforce patents and thus, lowered their value, this policy trend has started to shift over the last couple of years. No major legislation has passed, though the only significant legislation that has been introduced is largely intended to make patents more valuable. More importantly, new Patent Office Director, Andrei Iancu, has set into motion policy changes that will undoubtedly push patent values up, and we are starting to see the effects of these policy changes. For example, large operating companies like Google are starting to sell parts of their patent portfolios. These sales could wreak havoc for others, as these patents aren’t being purchased for posterity’s sake. They are being purchased so that the buyer, more than likely a non-practicing entity (NPE), can assert them as often as possible. Companies that aren’t focused on finding ways to mitigate this risk are going to find themselves in a tough spot in the near future.

Over the past fifteen or so years, policy changes in the patent field have predominately focused on curbing abusive patent litigation. Developments such as the Supreme Court’s 2006 eBay decision to eliminate the virtually automatic injunction for infringement; the establishment of the Inter Partes Review (IPR) system; and the Supreme Court’s Alice decision (the alleged death of software patents), along with other policy changes, made it harder and more expensive to enforce patents. While these significant policy changes helped curb some of the worst bad actors from bringing sham patent infringement cases, they also made it harder to enforce valid and infringed patents. Thus, this had the effect of lowering the value and importance of patents as assets for companies. (Author’s note: I am not here to cast judgment on whether this is good or bad. This is just an observation.)

The pendulum swings back

However, there are tangible signs that the pendulum is swinging back in favor of patent owners. Director Andrei Iancu, the PTO’s new head, came into office acknowledging that the patent system is at a crossroads, declaring “[t]hat a patent grant is less reliable today than it should be.” He blamed this on court cases, legislation, and action taken by the PTO and also took issue with rhetoric surrounding the patent system over the past two decades that has focused on “certain faults in, or abuses of, the system – instead of the incredible benefits the system brings to our nation.” Dir. Iancu has since begun a very disciplined and deliberate redirection of the ship. First, he has changed the rhetoric. He rarely highlights abuses of the patent system and instead focuses on the strength of patents. He also has begun the process of changing PTO policies that will lead to more robust rights. For example, Dir. Iancu has recently officially aligned the claim construction standard for post-grant reviews with the standard used by district courts, making it less likely that a patent will be found invalid during IPR. He has also promised to release new Examiner Guidelines that will, in essence, discourage examiners from rejecting patent applications for lack of subject matter eligibility under 35 USC 101 and instead focus on Sections 102, 103 and 112. Receiving a Section 101 rejection often means that the patent application is dead in the water, or at least, severely wounded. On the other hand, applicants are often able to overcome 102, 103 and 112 rejections by making cogent arguments or by making relatively minor changes to the proposed patent claims.

All this adds up to the rising value of patents, which means that the risk of patent litigation is also likely headed in that direction. The market has noticed this, and it is shifting. Companies are beginning to right-size their portfolios. Google has recently, and somewhat surprisingly, begun divesting parts of its patent portfolio, listing several patent families for sale. And Google is not alone. Overall, several companies are divesting patents to right-size their portfolios. While this suggests tighter budgets on the corporate side, it also signals that there is an active buyers’ market.

Many of these portfolios will not be sold to other operating companies. Rather, my money is on non-practicing entities (NPEs) purchasing the patents and asserting them against all possible operating companies. These are not the NPEs of yesteryear. They are a new breed that are both sophisticated and well-funded. A recent conference in New York City on litigation finance was particularly successful in illustrating this new trend.

Time to run for cover

All of this anecdotal evidence may not mean we are going back to the “heyday” of abusive patent litigation, but it likely means that patents are gaining value and stature. In light of this activity, companies need to start thinking about a strategy to address the potential for increased litigation. As part of this strategy, they should consider joining NPE defense mechanisms, like the LOT Network, to reduce their risks. The LOT Network is essentially a group of companies, including Google, that have promised not to assert their patents against other LOT members. The beauty of this network is that this promise holds true even if the patents are sold to an outside third party. For example, the buyer of the aforementioned patents currently being sold by Google would be forbidden from suing any company that was a LOT member before the patents were sold. In other words, it seems pretty smart to join the LOT Network before any additional sales take place. The LOT Network is just one part of any solid strategy, but given the current churn in the patent market, it probably makes sense to think about membership sooner rather than later.

<pTim Molino is a policy consultant for a prominent Washington, D.C. lobbying firm with a number of technology clients. Based on both his prior political and legal careers, Tim provides strategy and policy advice to clients on a number of technology-related issues, including intellectual property, antitrust, privacy and cybersecurity. Tim’s clients include Microsoft, Facebook, Spotify and Micron.

Tim provides political, strategy and policy advice to clients on a number of technology-related issues, including intellectual property, antitrust, privacy and cybersecurity. He brings both his background in politics and his experience as a practicing patent attorney to bear when advising clients.

Tim began his political career as a Legal Fellow for the Senate Judiciary Committee’s Antitrust, Competition Policy and Consumer Rights Subcommittee under Senator Herb Kohl (D-WI). During his time with the subcommittee, he concentrated on the intersection of intellectual property policy and antitrust policy.

When his fellowship with the subcommittee ended, he then went to work for Senator Amy Klobuchar (D-MN), where he served as her Chief Counsel. Senator Klobuchar was a member of both the Judiciary and Commerce Committees, the primary Committees of jurisdiction on technology-related issues. Tim was responsible for advising Senator Klobuchar on a variety of issues, including intellectual property, trade, antitrust, innovation, telecommunications, cybersecurity and privacy. During his tenure with Senator Klobuchar, Tim was one of the key staffers helping to shepherd the America Invents Act (AIA) while it was on the Senate floor. The AIA was the first major overhaul of United States patent law in over fifty years.

Upon leaving the Senate, Tim went to work as a Policy Director for BSA | The Software Alliance. BSA is the leading global trade association for the software industry. Its members include, Oracle, IBM, Microsoft, Apple, and many others. At BSA, he focused on driving the organization’s global policy initiatives related to intellectual property, privacy and cybersecurity.

Prior to entering politics, Tim was an intellectual property and antitrust attorney at Burns, Doane, Swecker, and Mathis (now Buchanan Ingersoll & Rooney) before transitioning to Bingham McCutchen (now Morgan, Lewis & Bockius). During his law career, he focused on patent litigation in the areas of software, electronics, business methods, medical devices, and biotechnology. He also litigated antitrust, copyright and trademark cases. In addition, Tim prosecuted patent applications and provided counseling regarding noninfringement and validity issues.

Tim received his law degree from Washington and Lee University and a Bachelor of Science degree from the University of Mary Washington. His articles have been published in Entrepreneur.com, Patentlyo.com and Morning Consult.

The opinions expressed in this blog are those of Tim Molino and do not necessarily represent those of IDG Communications, Inc., its parent, subsidiary or affiliated companies.