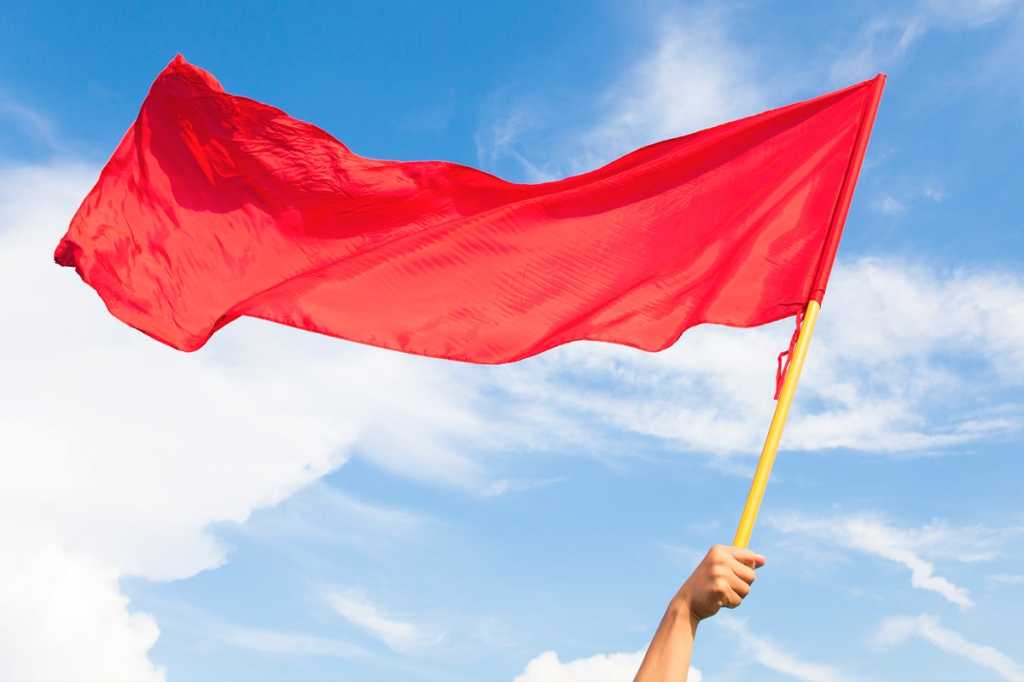 It’s a hiring worst-case scenario: A job candidate aces every aspect of the interview process, but after joining the company, they can’t get the job done. Or perhaps worse, the new coworker is capable but so disruptive the rest of the team suffers.

It happens. Even when resumes and references check out, the hiring process can still go sideways.

Expert interviewers say that a number of troubling warning signs, when given attention, can help avoid bad hires. And when — perhaps against better judgment — these warning signs are ignored, what follows is discord, missed deadlines and, sometimes, a toxic work environment.

Here are the most frequent red flags, recounted by those who’ve learned to tune in to suspect habits and flat-out deal breakers.

Job candidates are frequently warned to keep things clean on social media when they’re applying for positions. And yet, somehow, even during the window of the hiring process, red flags emerge.

An over-the-top online presence can be a predictor of potential problems to follow in the workplace, says Matt Wilgus, a practice director at Schellman & Co.

“Public personas that excessively disparage people, companies or technologies occur more than you’d think,” Wilgus says. “IT professionals are often passionate about technology, but some comments go beyond a negative review and are something closer to slander. On several occasions, we’ve received resumes from candidates that appear to have the right skills on paper, but their presence online is far too abrasive to join our team.”

Goals aren’t aligned with the company

If a candidate’s career goals are in conflict with the organization’s goals, it’s better to find out up front, Wilgus says. “For example, if the interviewee is looking to perform 100 percent research and our positions are client-facing and development-centric, it isn’t a good fit,” he says.

Jaime Laufer, head of people operations for design and marketing firm Digital Surgeons, calls this situation a misalignment of passions.

“The candidate could have all of the required skills and experience and a personality that complements your culture,” she says, “but if their goals don’t align with your organization’s offerings or capabilities, you’ll be really disappointed in a year when the candidate leaves. It’s important to ask questions about a candidate’s passions and their side projects. Ask them what types of projects they want to work on now and where they see themselves in the future. This can avoid some of those tough situations down the road.”

Lack of interest in the company

It’s well-worn advice that job candidates should research the company where they’re applying to work and yet some can’t seem to find the time to google. Michael Perez, president of Nautilus HR, tells the story of a particularly epic research fail.

“The candidate called when he arrived — and was in the wrong city,” Perez says. “He used a landmark that was 20 miles away. Candidates should research and prepare.”

Wilgus is immediately turned off to candidates that show little interest in the organization. “We’ve had several candidates that can’t provide any reason they want to work with our team besides benefits and a paycheck,” he says. “We’re looking for a bit more than that.”

Joy Driscoll Durling, CIO at Vivint Smart Home, finds it hard to understand why candidates skip reading some news on the web or a recent earnings report.

“All IT professionals must understand the company’s strategy and what drives their customer and overall business,” she says. “If I have to explain the basics around our business or what products we offer, the candidate clearly didn’t take the time to understand our business.”

No signs of compromise

Kelli Dragovich, senior vice president of people at Hired, offers a description of a worrisome candidate cocktail: If, during the interview process, the applicant offers strong opinions mixed with a lack of ability to compromise, trouble is likely brewing.

“If it’s clear the candidate simply cannot work well with others or has such strong opinions that they fail to demonstrate how they have adapted and worked through compromise and collaboration in the past, I know it won’t work,” she says. “These skill sets are just too important now.”

Resume overreach should set off alarms, especially when a candidate can’t show or explain concrete examples of how they used various technologies.

Perez says he often see candidates who overstate their qualifications, and he says it’s more frequent in IT than other industries. “Some list every software or piece of hardware they ever laid eyes on,” Perez says. “Candidates should list the most current and ones they’re most experienced in.”

Laufer recognizes that tech candidates are expected to learn new skills on the fly, but wants to see work experience when she’s hiring.

“This lack of application tends to impact speed, accuracy and control,” Laufer says, “and unless a recruiter or hiring manager really digs in during the interview, they could get a lemon.”

Acronym-fueled answers and jargon are naturally part of an interview in IT, but if it seems to be excessive, Laufer says, or the candidate can’t seem to relay information simply, it may be a soft skills red flag.

“Our organization and client base are made up of a mixture of technical and nontechnical folks,” Laufer says. “We need our developers to help explain the code and platforms and the why behind our decisions. Using too much tech speak indicates to me that this candidate may either come across as rude or arrogant to our employees or clients. Or, equally as concerning, the person doesn’t know what they are talking about at all.”

Looking out for No. 1

An interview is the perfect setting to sell yourself — if not there, where? But managers also want to hear how a new potential colleague gets along and collaborates with others.

“A deal breaker for me is when candidates only refer to themselves in interviews,” Laufer says. “They don’t mention teammates, mentors, managers, or anyone else from their past positions. The candidate claims that he or she is responsible for saving the day, solving every issue, and troubleshooting. It’s a good indication that the candidate won’t be a team player.”

For Nutanix CIO Wendy Pfeiffer, projecting a sense of entitlement is a major issue. “If the majority of the first conversation is devoted to a candidate’s own needs, expectations and concerns, instead of asking intelligent questions about the position, that’s a deal breaker,” Pfeiffer says. “Acting overconfident for a position will come across as rude, no matter how qualified you might be.”

Reluctance to test in person

David Patterson, president and senior practice leader at The Kineta Group, says the single biggest warning sign in his experience is a hesitance to work through real-world roadblocks in an interview process.

“I advise all my clients not to hire just based off of personal and technical interviews — as most do,” Patterson says. “Candidates can easily ace interviews yet perform poorly on the job. The biggest predictor of success in tech, bar-none, is the working interview. In today’s IT environments, technical skills are still required, but business skills, communication skills, and the creative thinking process are increasingly becoming more important.”

He recommends gathering your top candidates and spending a few hours in a working interview, where you provide them with a technical problem.

“Let them solve it in a sandbox environment on your system,” he says, “and you will be able to objectively assess some of most important skills that you just won’t be able to in a traditional interview. It may take more time, but how much time — and money — would a mis-hire cost? I’ve found that rock-star candidates relish the idea of showing off their skills in real time, while average performers, who may have aced the interview — because they have a lot of practice interviewing, no surprise, are not as eager to put their abilities on display. For my money, any hesitation to take part in a working interview is a major red flag you just cannot ignore.”

Some red flags are more subtle than others. Sandi Lin, CEO of Skilljar, often pairs two employees when meeting an applicant, and the candidate’s reaction can be telling.

“It’s a big warning sign if the candidate clearly favors one of the interviewers over another,” Lin says, “because we look for good communicators and team players for our technical team. Some companies are okay with engineers who solely pass the technical bar, but at our company it’s important for everyone to work well in groups.”

A deal breaker for Vivint’s Durling comes when a candidate can’t see how to move past problems and find solutions.

“If a candidate lacks self-awareness,” Durling says, “particularly candidates unable to share examples of failure and how they overcome and learned from it — that can be a deal breaker. For example, I recently hired a team member who spent years at a large tech company and felt his department was not as customer-focused as they should have been. He shared tangible examples of his failures and all the different angles that did not work for the customer. Then, in his interview, he took those learnings, applied them to my business, and offered up three tangible examples of how it would work. He had been through the wringer and came prepared with a presentation about how to do things better the next time. A series of failures means you are that much closer to success.”

Nutanix’s Pfeiffer says she’s wary when she meets with candidates who seems slightly too polished. Do your homework, she advises, and check them out further.

“Sometimes the very best interviewers — the slickest, most articulate people — are simply that: slick and articulate,” she says. “If you need someone who can build spreadsheets or write code, don’t be distracted by a unique or gregarious personality. More than anything else, you need to screen a candidate’s skills, references and ability to be flexible and to grow.”

How to avoid hiring miscues

The key to a successful IT hire is taking the time to understand what your company really needs in the position — and it’s not just about tech skills, Hired’s Dragovich says.

“There are many ways an interview can go in the wrong direction, but most can be avoided if the hiring team clearly understands the hiring objectives and expectations for the ideal candidate,” Dragovich says. “Many times, these pieces are glossed over in favor of the technical or functional skill sets of the job, and can often be the downfall of a functional employment relationship. Have deep conversations about why the candidate wants to work for your company, and understand their value system as well as their aspirations and expectations of you and the role.”

Dragovich’s firm spends time researching candidates’ needs as well to ensure a good fit. “We’ve found that tech talent is calling for transparency with 62 percent saying they want the salary range up front, and 57 percent wanting to know what to expect from their work experience at the company,” she says. “Yes, an interviewee can fall short by showing up late or criticizing a former employer — but the interview process is a two-way street. It’s equally important for hiring managers to practice good habits like transparency during the interview process.”