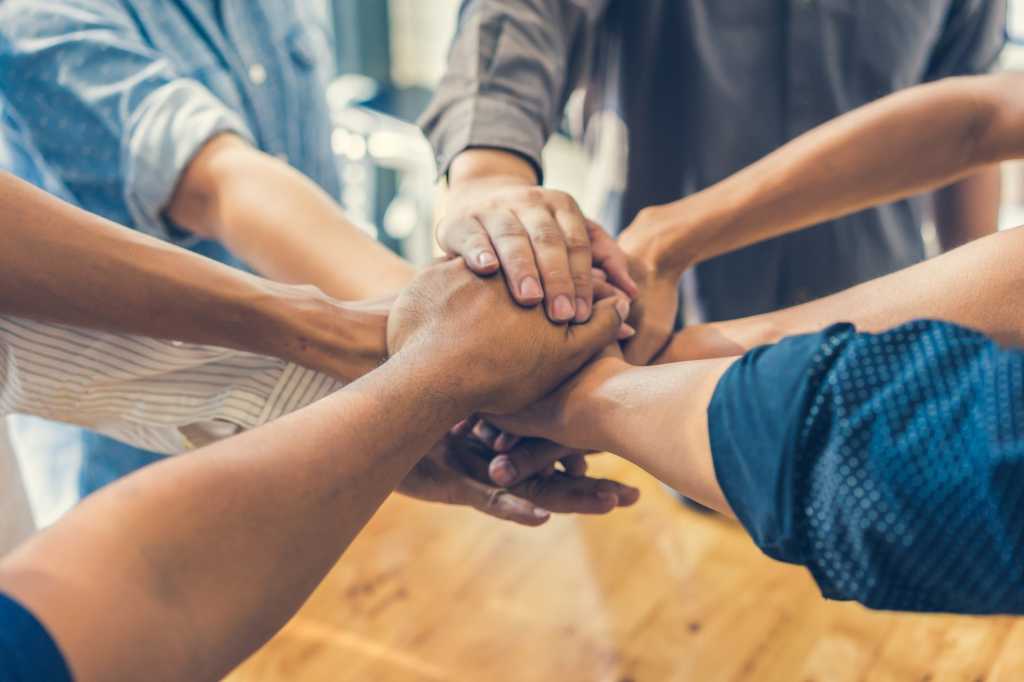 How employees feel about their work is significant driver of organizational success. Engaged workers are more productive, stay with employers longer, and tend to refer friends and colleagues, thereby boosting your hiring efforts. Disengaged workers, on the other hand, are more likely to leave for other opportunities, or worse, drag down the productivity of your team. Gallup estimates that between $450 and $550 billion in productivity is lost each year thanks to disengaged employees.

Here, CIOs and engagement experts weigh in on how to foster a culture of greater engagement.

Measuring current levels of engagement can help identify what’s working and where you can improve.

Gallup, for example, offers a 12-question survey, called Q12, to measure engagement. Questions range from those aimed at gauging whether an employee knows what is expected of her, to whether the company’s mission lends importance to her job, to whether she receives regular encouragement for development in her role.

Whatever the format of your survey, establishing critical metrics for gauging current levels of engagement is vital and will help you identify strengths and opportunities. It’s also important to return periodically to the survey to ascertain whether engagement efforts are having the intended effect.

It’s important to recognize employee engagement as a strategic priority and act accordingly, says Vennard Wright, CIO at Washington Suburban Sanitary Commission (WSSC) Water. When Wright took over as CIO of the utility in early 2017, no such strategy existed; morale and engagement were low, people were afraid to take risks and there weren’t clear expectations in place. Wright set out to change that.

“I’d been CIO for Prince George’s County for six years before coming over to WSSC, and we had solid engagement programs,” Wright says. “I saw, when I came in, how siloed everything was and how disconnected everyone felt; I started by implementing a lot of similar programs.”

Engagement surveys, constant communication, regular feedback, individual development plans and clear expectations for how to progress within the organization are now part of WSSC’s overall IT department engagement strategy.

Dave Saunders, CIO of Advanced Disposal, faced similar challenges when he signed on to facilitate a digital transformation at the waste collection company.

“We didn’t have the technical expertise to pull off the level of digital transformation we needed, so I had to make some hard staffing decisions,” he says. Once he identified, recruited and hired teams with the specialized skills needed, Saunders turned his attention to engagement.

“I’m focused on making sure they’re feeling involved and safe,” Saunders says, “which is not easy considering I had to cut and then rebuild teams. But it’s all about showing them the strategy, the expectations for how to fulfill that strategy and then executing on it.”

Sandi Lin, CEO and co-founder of online learning platform SkillJar, says engagement comes down to how well employees understand the expectations of their role, how to meet and exceed those expectations and why their role matters.

“A lot of times, expectations aren’t laid out clearly, so your people don’t fully understand what to do, why they’re doing it and what impact it has,” Lin says. “So many times, leaders, with the best of intentions, don’t feel they have to spell out these very basic things, but the thing is, if they aren’t explicitly taught, they won’t happen. You can and should train your personnel on the absolute basics rather than assuming they’ll just figure it out.”

4. Consider what motivates your employees

Polling employees on what motivates them can help you map out an engagement strategy that fits their incentives.

“We conduct surveys within our IT department on a biannual basis to ensure we have feedback on how well we’re performing from their point of view,” Wright says. “One of the big things we learned early on is that people felt there wasn’t a lot of incentive for continuing education and training; professional improvement. So, I put a formal training and development program in place so they can own their career, do things to improve as a professional and grow as a leader.”

These surveys have also led to establishing clear paths for succession, Wright says. WSSC Water now makes certain to have open roles available at higher levels for each vertical within the IT department.

“If someone’s an engineer III, I make sure that we have an open engineer IV position available so that, if they meet their goals, they can move up. It helps to see a clear path forward,” he says.

Executives who understand the connection between business success and engagement know to set an example for the company. If employees see leaders aren’t engaged, it will trickle down and affect nearly every department.

“Executives who aren’t engaged themselves, can’t expect their employees to be. Engagement starts from the top, and executives serve as the examples to staff as what it means to be engaged,” says Adam Ochstein, founder and CEO of StratEx. “They are responsible for continuing to train middle managers on how to spot and help someone who has lost engagement so that they can best cater to that employee.”

According to Gallup, companies that report highly engaged executives tend to also report better levels of employee engagement, especially with employees who have been at the company for 10 years or more.

“Our CEO is a former cheerleader — and she is as committed as I am to making sure engagement permeates throughout the entire organization,” Wright says. “If you don’t see your leaders doing what they expect you to do, then you’re not going to get buy-in or results.”

When it comes to keeping employees engaged, feedback is essential. That’s one reason Wright emphasizes constant communication, both up and down the organizational hierarchy.

“We solicit feedback from all areas, in all directions. In addition to the internal IT department, we also ask the business to weigh in on how we’re doing; we also make sure our people are recognized for going above and beyond at every opportunity,” he says.

In addition to being publically acknowledged at all-hands meetings, Wright’s department chooses an employee of the month, who is given a plaque to commemorate their achievement and also receives a paid day off.

“Not only that, but we want reverse feedback — how am I doing as a CIO? How are managers and executives and leaders doing?” he says. “That can be tough, if you’re not used to it, but you have to develop a thick skin for negative feedback and not take it personally.”

As an organization, you must show you’re taking feedback seriously and using it to make the workplace better, says Erin Pappo, client services director for Camden Consulting.

“If you’re actually moving on the feedback, then people start to trust that you are really taking their input seriously and working toward addressing their concerns,” she says. “It’s important to start this early and make it a constant part of the culture so you can keep a pulse on what is happening, identify what factors are influencing turnover and not letting that get ahead of you.”

Bringing in an objective, neutral third-party to begin the process can help, as people are often more willing to be open about their concerns with someone outside the organization, Pappo says.

Managers play a pivotal role in engagement. The right manager can help your team excel; the wrong manager can ruin your business from the inside out. Leaders need to have specific competencies that go beyond technical acumen, so you must choose managers carefully and coach and train them to reflect the culture you want, says Marcus Buckingham, founder and chairman of workplace management consultancy The Marcus Buckingham Co.

“The best managers already focus on engagement, instinctively. Think of it as constantly ‘re-hiring’ their best people — which means a constant attention to their workers’ three basic needs: know me, focus me, grow me,” he says. “They know you already can predict whether or not people will stay by gauging their responses to some simple questions: Can I use my strengths every day? Do I use my strength every day? Can I grow? We’ve found that these questions consistently trump every other consideration — money, rewards, recognition — as the motivations for employees to continue with a company.”

The more engaged employees are, the less likely they are to leave. While most organizations routinely perform exit interviews when people leave, it’s just as vital to perform “stay” interviews, Pappo says.

“The purpose of a ‘stay interview’ is similar to that of an exit interview, but the goal is to start building strategies for retention and engagement before employees become dissatisfied and look for other opportunities,” she says.

Camden Consulting’s clients report that attrition becomes an issue starting at the two-year mark, as that’s when workers start to look for better opportunities, Pappo says. Stay interviews can help identify what makes those opportunities “better.” Employers can then work to bring those factors into their own organization to help retain valuable talent.

“In both exit and stay interviews, the point is to go deeper into workers’ motivations. What’s important to them in a job? Why would you stay? Why would you leave? What were you excited about when you first started? How has that changed over time? The difference is to find out this information at the very beginning of an employees’ tenure so that their needs are addressed, and hopefully they’ll stay longer,” Pappo says.

Successful engagement strategies are a constant affair. If you’re simply adding a meeting once a year, sending out a quarterly survey or soliciting generic feedback, you’re not fostering the constant, honest and open communication necessary to keep employees engaged, says Buckingham.

“If you’ve got a whole bunch of managers sitting around once a year trying to figure out why engagement is low, they’re going to be crap at it. The mastery comes with repeated practice, and a demonstrable commitment to engagement and growth. Honestly, your entire culture should be built around this,” Buckingham says.

With practice, engagement processes can become an integral part of your organization’s culture. For companies that feel engagement is a weak point, persistence is key, according to Gallup’s research. The report states that as employees invest in engagement initiatives, overall engagement increases across the company and grows steadily over time.

“We’re seeing in our surveys that engagement is improving, both from an internal IT and a business standpoint,” Wright says. “As we continue to focus on this, we are seeing a direct correlation between these initiatives and our people feeling good about their jobs, about where they work and we see they’re going above and beyond more than ever before.”

But no matter your strategy, engagement can’t be forced.

“You have to learn patience,” Wright says. “Culture doesn’t change overnight; people are cautious that these change will not stick, so you have to keep working at it.”