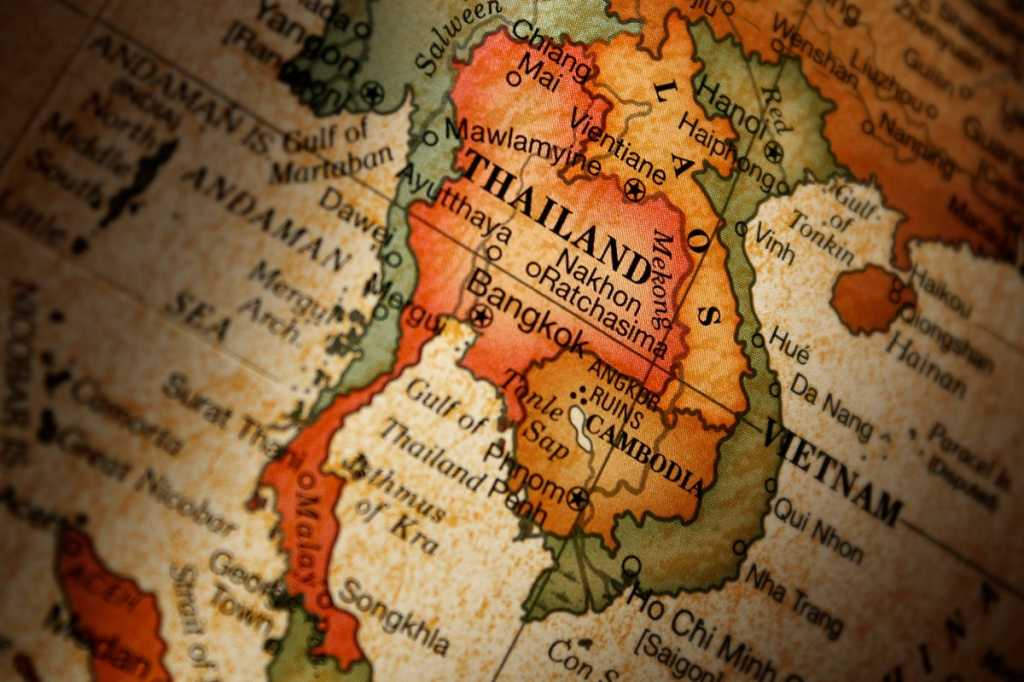 Thailand has a very ambitious goal in its economic agenda: by 2021, the Southeast Asian country wants to develop 1,000 startups and 50,000 high-skilled workers

During a recent forum under the name of ‘Renovating Thailand by Young Scientists’, Prime Minister Prayut Chan-o-cha said that he expects his country to become a global startup centre that can attract businesses from all around the world. His ultimate goal is to make Thailand a “startup nation”.

The startup nation vision comes hand in hand with Thailand 4.0, the national government initiative that seeks to transform the Thai economy into an innovation-driven one by moving away from heavy industries and towards a value-based economy where technology plays a key role.

What makes Thailand a startup-friendly country?

There are some important factors that qualify Thailand as a thriving hub for startups in the ASEAN region.

First on the list is its strategic location in the heart of Southeast Asia, with ground and maritime links to neighbouring countries. As a gateway to both ASEAN and Asia-Pacific (APAC) markets, including India and China, Thailand offers a great business potential.

Equally important is the country’s well-developed infrastructure, including an improving digital framework that leapfrogged with the introduction of nationwide 4G services in 2015. This technology boost opened wide the doors to ecommerce, a popular industry within the Thai society that is changing the face of the national economic makeup.

Thailand’s free-enterprise economy is within ASEAN’s top three in terms of size and volume of international trade. It is therefore well positioned as the region moves towards economic integration and a single free-trade area. Zero tariffs between the top five ASEAN members (including Thailand) were implemented in January 2010.

Through Thailand’s Board of Investment (BOI), the Thai government offers a range of tax incentives, support services, and import duty concessions to companies from various sectors seeking to invest in the market. Over the last few decades, Thailand has been a major destination for foreign investment and this looks set to continue.

Politically, however, Thailand is under a military dictatorship after the coup d’état lead by General Prayut Chan-o-cha in 2014, who annulled the 2007 Constitution. The country has since then been enduring a human rights crisis.

In addition to geo-economic factors that make Thailand an attractive destination for startup investors, there’s Startup Thailand – a national platform established in 2016 with the aim to support and encourage startup growth and its ecosystem in the country.

Led by the Ministry of Science and Technology (MOST), Startup Thailand has at its base the policy of the National Startup Committee (NSC). The NSC was initiated by PM Chan-o-cha, who wants to reorganise the country’s economic system by fostering an environment that promotes the development of startups so that they can serve as the so-called “new economic warrior” (NEW).

“The government sector aims to promote startups as a new economic driver for Thailand,” wrote Pariwat Wongsamran, director of Startup Thailand, in the November 2018 issue of the platform’s magazine. “Developing the community-based economy with startups to grow and expand abroad is truly important to Thailand in the future.”

Through Startup Thailand, startups can take part in an acceleration programme that prepares them for international fundraising so that they can expand their business overseas and compete in the global marketplace.

Fostering new talent is also one of the initiative’s agenda, a positive step taking into account that in Thailand each year, 90% of IT graduates fail to pass the basic qualifications required by potential employers, which has led to companies to rely on outsourcing to fill the significant skilled labour gaps in their workforce.

With the Startup Thailand Academy, applicants can register for ‘Startup 101’ and ‘Startup Warrior’ online courses. They are free and each of the course modules lasts around 10-15 minutes. After a successful completion of ‘Startup 101’, participants can receive a digital certificate.

In which industries are startups working?

Being tourism the major contributor to Thailand’s economy, it’s not surprise that startups are finding countless opportunities in the industry. An example is Local Alike, a venture that combines social responsibility with tourism by collaborating with Thai communities and businesses to create authentic and immersive experiences for travelers.

Smart farming and agritech are also hot since 30% of the country’s population relies on agriculture for a living. Thailand is also planning to launch accelerators for agritech startups, in partnership with international startup accelerators.

According to a report by Business Sweden, foreign capital is investing in startups related to ecommerce, fintech, logistictech and epayments.

And although fintech and epayment are on the rise, ecommerce remains the most attractive venture for foreign investors. The impressive rise on ecommerce is linked to a high internet penetration quota and a heavy amount of online users, the highest in the region.

A growing middle class with a higher acquisitive power are also factors which are influencing the rise of ecommerce and startups working on it.

But startups are also seeing opportunities in more niche markets as well. That’s the case of Wishbeer, a venture that in two years became the best-selling online beer shop in Thailand. With more than 500 stocks, clients can order drinks and they deliver throughout Thailand within the shortest amount of time.