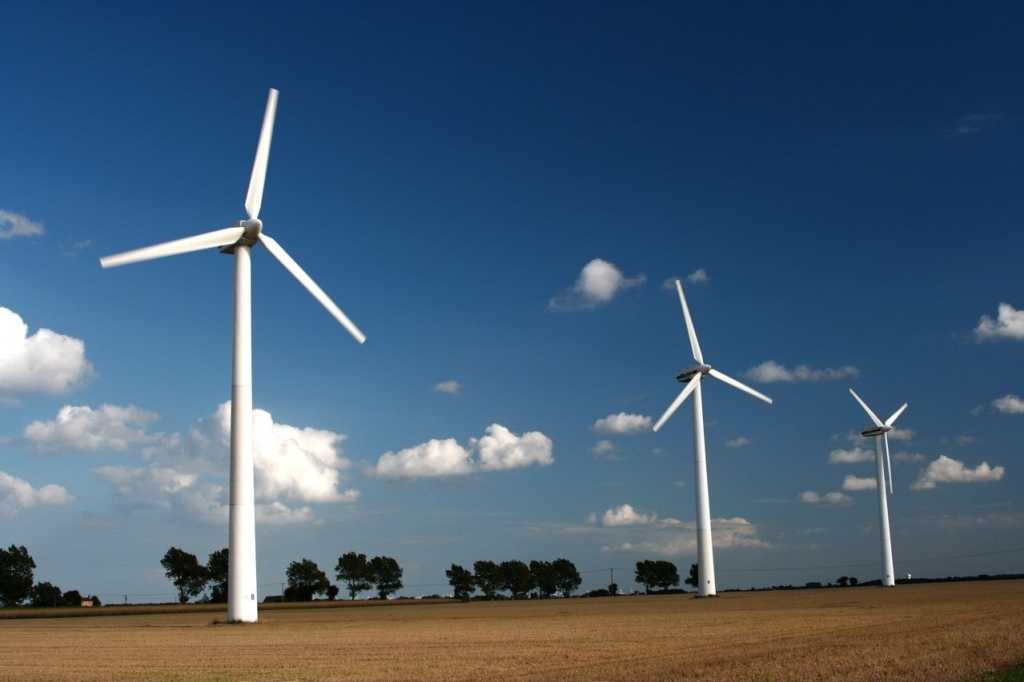 The countries that make up the Association of Southeast Asian Nations have long been looking for ways to reduce their carbon footprint.

Back in 2015, the members states set themselves a number of targets, including cutting greenhouse gas emissions by 20% over the next decade, and making renewable energy 23% of the region’s total fuel mix by 2025.

However, while a number of cross-country initiatives have been agreed upon, each of the 10 countries that make up the bloc have their own targets in place for the environmental progress they’re hoping to make over the next few decades.

While trying to reduce the environmental damage is no easy feat, Southeast Asian nations have a number of geographical factors already on their side to that can help them long-term.

The region has a large amount of geo-thermal potential, especially in places such as Indonesia and the Philippines.

Elsewhere in the region, Vietnam, Cambodia, Laos and Myanmar all have the potential to exploit hydro-power on a mass-scale and the location of the bloc also means the 12 hours of sunshine it receives could easily be converted into solar power. Wind power has similar potential throughout Southeast Asia.

However, despite all these naturally occurring factors, most of the renewable potential in the region remains untapped and there is some question as to whether that will change anytime soon – despite the pledges made by ASEAN leaders.

Indonesia and Malaysia are among the world’s top 15 exporters of Liquid Natural Gas so are naturally reluctant to move away from an industry that is so crucial to their economies.

Furthermore, although renewable energy projects have been proposed; most of them have failed to get off the ground after being deemed ‘unbankable’ by investors.

It’s not all bad news though. There are countries in the region that are committed to adopting clean energy technologies and have already started to make some significant progress, with a recent announcement claiming the region is already ahead of schedule for meeting its 2025 target.

Here we take a look at how some of the countries in Southeast Asia are embracing green technology.

Like its neighbours, Indonesia and Malaysia, Singapore was also once a leading exporter of Liquid Natural Gas however, in recent years it’s taken steps to decrease its energy consumption and embrace more renewable sources of energy.

The wind turbine was built as part of a project with Nanyang Technological University, known as the Renewable Energy Integration Demonstrator – Singapore (REIDS) initiative. Long term, the university plans to develop hybrid microgrids that can combine renewable energy with more conventional gas energy to deliver cleaner and more cost-effective electricity.  These microgrids can also integrate with solar and tidal energy.

In a less traditional move, SP Group have launched a digital marketplace powered by blockchain where you can trade Renewable Energy Certificates to offset the use of non-renewable energy. It automatically pairs buyers with global sellers according to their preferences, helping organisations to achieve their green targets and strengthen cross border sustainability.

In Laos, around 80% of the country’s primary energy demand is currently being met by renewable energy sources. Biomass, derived from the agriculture and forestry waste in the form of sawdust, corn cobs, and rice straw and husks, is responsible for around 68% of the country’s renewable energy resource and is used for household cooking and small-scale rural production.

The other 12% comes from hydropower, facilitated by dams that have been built on tributaries along the Mekong River. The first Hydropower Plant was built in 1971 and was responsible for generating the majority of the country’s energy up until the turn on the 20th century. Energy generated by the plant during this time was also exported to Thailand.

In 2010 the government in Laos signed off on the largest hydroelectric project in the country, Nam Theun 2 Hydropower. Unfortunately, the effects of the dam have attracted wide-spread criticism due to its disastrous impact on people and their environment.

Laos has also started to take advantage of the 300 days of sunlight it receives every year. In Southeast Asia where 120 million people still don’t have access to electricity, providing power to remote, rural areas is a constant challenge. Laos has already started to use this renewable energy resource to its advantage, equipping 13,000 rural homes with solar panels in order to provide them with off-grid electric power.

Government ministers in Indonesia have turned to their counterparts in Scandinavia and the Czech Republic to ask for a helping hand in meeting their renewable energy targets. Indonesia’s Energy and Mineral Resource Minister travelled to the Clean Energy Ministerial (CEM) forum in Copenhagen in May to carry out some cross-country talks. The country is hoping to have a 23% renewable energy mix by 2025, that figure currently stands around 13%.

Solar energy is the most obvious choice for Indonesia and back in 2017, the government signed off on a project to build a large-scale floating power plant. It’s set to be five times bigger than the current largest power plant of its kind and is set to open in 2019. If the project is successful it would give a green light on plans to install floating solar systems on another 60 reservoirs across Indonesia.

Wind is another readily available source of power in Indonesia and more progress has been made on exploiting the energy it generates. A 100-hectare wind farm was opened in South Sulawesi earlier this year and has the capacity to provide power to around 70,000 households.

Wind farms are also currently under production in Tanah Laut, South Kalimantan, Jeneponto and South Sulawesi, with seven other sites across the country having already been bookmarked as potential construction sites.

Green startups are flocking to the Philippines, taking advantage of its abundance of natural energy resources it has to offer. The Philippines holds the largest potential for wind energy out of all the Southeast Asian nations however, a significant proportion of the population still doesn’t have access to electricity so it having to use alternate methods for lighting, cooking etc.

SALt (Sustainable Alternative Lighting) is a Filipino startup that was founded with the sole purpose of stopping people using potentially health-endangering kerosene lamps and candles. Their product is a saltwater solution-powered lamp that retains power for up to eight hours. The lamp contains only one disposable component that lasts for six months and is inexpensive to replace.

RAD Green Solutions was developed by a team of engineers and provides a “revolutionary, non-burn system for the destruction of bio-medical wastes.” It differs from traditional incineration methods in that oxygen is removed from the equation, decomposing the waste via a process known as pyrolysis. The result is fewer toxic byproducts and waste is carbonised with 50% less carbon dioxide.

Another green-startup based in the Philippines is Hi-Gi Energy. This company changes a commonly found plant, the water hyacinth, into compressed blocks of coal dust known as briquets. In a country where 65 million people still use firewood or charcoal, this green, alternative cooking fuel is set to play a vital role in helping the country achieve its renewable energy target.