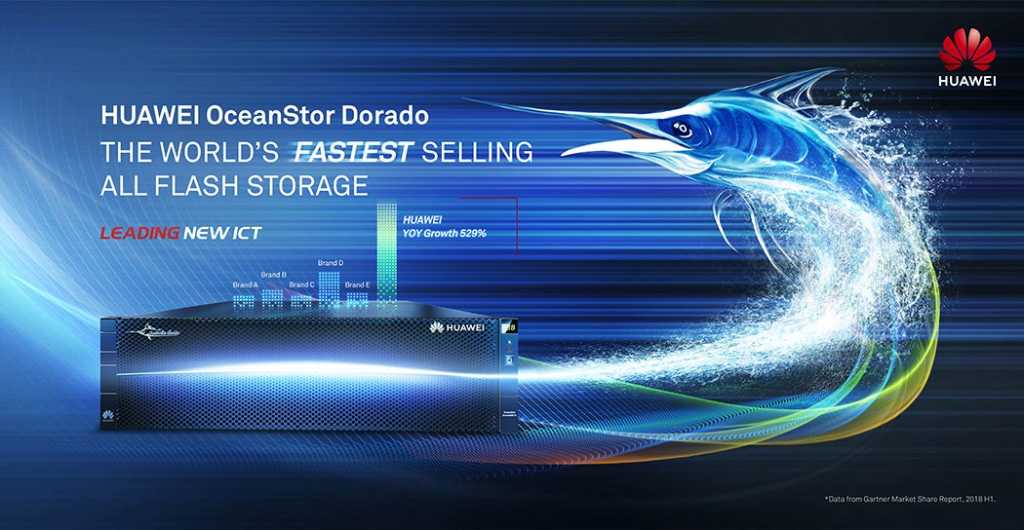 In the storage space, flash is the all the rage. Organisations are keen to invest in it on the promise that it delivers faster speeds and better efficiency, and the price of flash technology, while initially too high to be affordable across an entire environment, has lowered to the point that All-Flash Arrays (AFAs) are a genuine option for enterprises.

But what innovations is flash storage enabling that would be difficult or impossible with more traditional storage technologies, and how are organisations leveraging their investment into flash?

Many of the areas that organisations are looking to realise innovation do need flash storage underpinning them. Data collection, and then the use of data, is a common thread across innovation currently, and when the data sets collected tend to be big, and then leveraged in real time, fast storage speeds can make or break the success of a project. Some examples of this in action include:

Artificial Intelligence (AI) is perhaps the hottest term in technology at the moment. The ability to leverage machine learning to drive automation through the organisation is seen as one of the effective ways for an organisation to drive greater efficiencies through the organisation. The sheer weight of data involved in AI applications, however, and the fact that AI needs to operate in real time with raw data, means that the only viable solution for an AI application is to use flash memory storage.

Another area that many organisations are finding innovation is within the storage itself. Predictive storage analytics is being combined with AI and machine learning to drive greater optimisation within the storage environment, and proactively detect and address problems in real time. This is often termed “self-healing storage infrastructure” for its ability to autonomously identify issues, and results in vastly reduced downtime, increased application availability, and better performance and productivity. Again, however, because it’s handling vast amounts of data in real time, this technology solution requires flash memory to be able to access and utilise data at the rate it needs to.

One of the core reasons that flash memory has become so pervasive in IT environments is the advent of NVMe over fabrics, as the benefits that it has brought organisations has driven down the price of flash memory. Using this technology in a storage environment offers much lower latency, allowing for access to data to occur in microseconds, and this in turn means that the difference in experience between local and remote storage is not noticeable for the end user. With organisations looking to use cloud solutions at an ever-increasing rate, NVMe over fabrics is the innovation that is resulting in the best user experience.

The Internet of Things (IoT) is another area of innovation that is running hot in organisations, with the promise of sensors and other connected devices adding to the meaningful and usable data collected, and subsequently used within the organisation. With the expectation being that by 2019 the number of connected IoT devices in the world will hit 12.2 billion (more than double the number of devices from just two years prior) it’s clear that within any given organisation the uptick in data collection will be significant, and, more particularly, the rate in which data collection will scale is unprecedented. Only flash storage can handle a dynamic environment that is looking to tap into the potential of IoT

Examples of how flash-enabled storage is being used include:

In finance, banks and other institutions are relying on fast flash-based storage arrays to eliminate performance bottlenecks for transaction systems, particularly during service peaks. Nothing annoys a bank customer more quickly than not being able to access online banking when they need it, so banks have turned to this technology as a key customer service priority. Additionally, banks are leveraging flash arrays to quickly generate and analyse reports and improve the speed of the virtual desktops at remote sites and tellers, and thus reduce desktop costs.

Large enterprises, meanwhile, are leveraging flash storage to improve real-time decision-making by doubling the statements generation speed of a BI system. Any organisation using an ERP system is also benefitting from a reduced inquiry time.

Governments, in their drive towards smart cities, are also finding flash memory critical in underpinning their initiatives. Whether it’s from sensors scattered throughout the city, collecting and analysing data in real time, or communicating the results, flash storage is underpinning many critical smart city infrastructure projects.

Flash storage technologies, underpinned by innovations such as Huawei’s FlashLink technology, is driving real innovation through organisations by dropping latency to as little as 0.5 ms – which is a 10-fold improvement in performance over that of conventional storage. While every application of technology relies on storage, too often storage has also been the thing that limits the potential of a solution. With flash-based storage, organisations are finding those limitations removed, and they are then able to focus back on building solutions that allow them to meet their core business challenges.