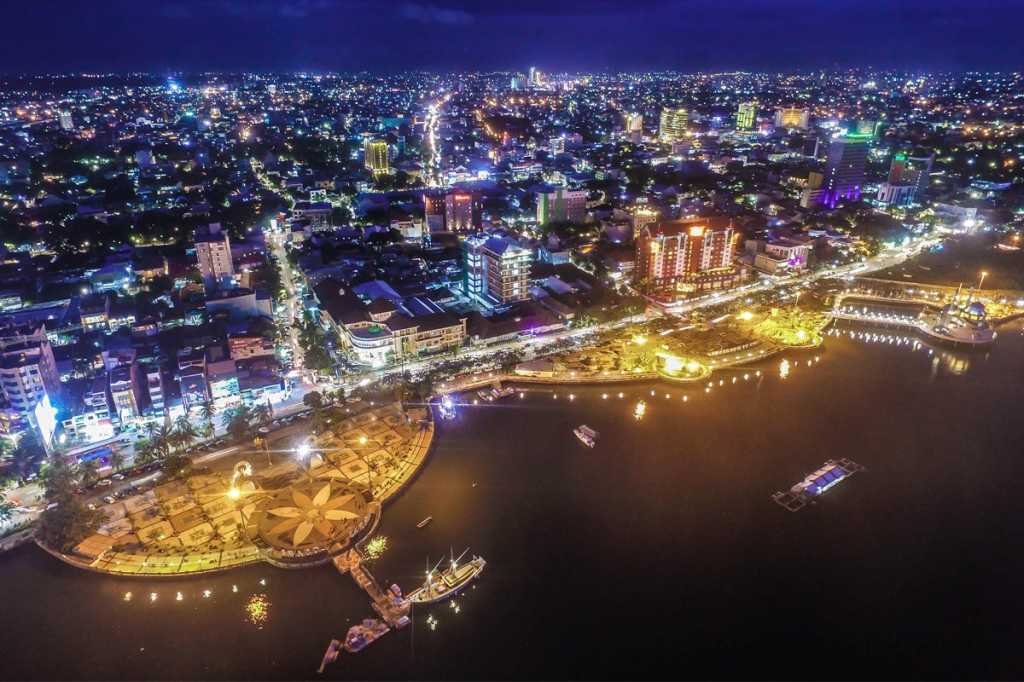 Once home to one of the greatest kingdoms of the South Sulawesi region, today Makassar is reviving its strength by becoming the smartest city in Indonesia. At least that’s what its mayor, Mohammad Ramdhan “Danny” Pomanto, wants to achieve during his term in office.

When Pomanto was elected mayor in May 2014, he joined the regional government with the firm resolution of combining technology and local wisdom to offer solutions to some of the many burning issues affecting the city, including unemployment, infrastructure, healthcare provision and traffic management.

Here we have reviewed some facts about this exciting city and what the local government is doing to make it a smart one.

Makassar is the largest city of the Sulawesi Island in the Indonesian archipelago, and since the 16th century it has been a centre of trade in the eastern part of the country.

With a land area of 77.0 sq miles, present-day Makassar has a population of 1.33 million, making it the largest city on Sulawesi and the tenth nationally. It’s the provincial capital of the island and one of the top ten provinces in Indonesia with the highest economic growth.

Makassar’s economic structure comes largely from the industrial sector, trade and construction. Its gross domestic regional product (GDRP) growth rate is above of the national GDPR, and is one of the few Indonesian cities where economic growth is outpacing Jakarta and the rest of the island of Java, the country’s political, economic and cultural heart.

Because of its location, Makassar is vulnerable to the impacts of climate change, such as typhoons or floods, which has pushed authorities to promote climate change adaptation strategies.

Makassar is also a prime tourist destination and counts with the consular presence of Malaysia, Japan, Australia, Germany, Switzerland and the Czech Republic.

Why is Makassar called a ‘sombere’ and smart city?

Makassar is one of the pilot cities included in the ASEAN Smart Cities Network initiative (ASCN) proposed by Singapore during the 32nd ASEAN Summit, which took place in March 2018.

Under the motto “Sombere [kind hearted] and Smart City”, Makassar is combining technology and local wisdom to offer a sociotechnical solution to the city’s development and structural problems.

“Smart city is about hardware and software”, says a presentation created by the local authority. “Sombere is about heartware”. This combination of technology and culture, thinks mayor Pomanto, will be a strong drive for the city’s local businesses and economy.

As today, the technology developed in Makassar City include Telkomsel 4G LTE service with 1800 MHz frequency, CCTV cameras, a broadband network infrastructure and a smart card which works like a debit card and holds personal data similarly to an electronic ID card. The Makassar Smart Card functions as a means of payment and also as a bridge for the city’s residents to access the local government system based on the cloud.

The city is also developing a public transport system called Petepete Smart, consisting of a modern float of mini-buses equipped with wifi, GPS, air conditioning and a capacity of 12 seated passengers, 4 stands, and 1 disabled space. The vehicles can be monitored centrally through a command centre.

Another milestone for the city’s development was the adoption of ISO 18091:2014, an international standard which provides local governments with guidelines for achieving reliable results through the application of ISO 9001:2008 – directed at meeting customer expectations and delivering customer satisfaction – on an integral basis.

With more motorbikes than inhabitants and around a quarter of a million vehicles, Makassar’s traffic congestion is a hot issue for the local government. On top of this is a pollution problem exacerbated by the fact that there are only 9.2% green areas in the locality – 20.8% less than the national average. For this reason, mayor Pomanto wants to collect data  and improve its accuracy to cut traffic congestion and persuade motorbike riders to use public transport instead.

In the education sector, the local government has introduced smart cards in schools which allow parents to track students’ activities and ensure class attendance. Students scan the card to enter and leave school, and access libraries and transport. Parents get notifications on their mobile phones via SMS of these activities.

From Port City to App City

After being elected mayor of city, Pomanto’s government signed a memorandum of understanding (MOU) with Microsoft Indonesia to enhance the IT capacity of Makassar’s citizens.

The MOU aimed at nurturing new business, such as app development, with resources and support provided through the Microsoft BizSpark programme, although this programme was discontinued by Microsoft in February 2018.

As part of this collaboration with Microsoft, the city’s Hasanuddin University hosted CityApp, an appathon where up to 400 students from different high schools and universities in Makassar united forces to find solutions to challenges facing their city through the creation of innovative apps.

Among the apps created by the students was one that aimed at tackling unemployment as a result of low skills by showing training and job opportunities in the apps database. Another one, “Super Ambulance”, enabled citizens to have access instant access to ambulances and urgent medical care.

“The CityApp appathon was the ideal platform to showcase the potential of Makassar’s most valuable resource – its people,” said mayor Pomanto. “We were very encouraged to see many great ideas from these young developers. Their enthusiasm in creating innovative apps to tackle everyday challenges and make Makassar a better place to live was inspiring.”

Tan Soon Kim, IE Singapore Assistant CEO, saw in this partnership a great opportunity for business development beyond Java and the Riau Islands, which are the traditional regions for Singapore’s investments.

“One of [Indonesia’s] President Jokowi’s economic priorities is to bring development beyond Jakarta,” said Tan on the occasion of the MOU signing. “IE Singapore has been actively building relations with the businesses and local government officials in major cities in Indonesia.”

“We have identified Makassar City as a favourable place for Singapore businesses. The MOU strengthens our relationship and will open doors for Singapore companies to provide smart city solutions,” he added.

In practical terms, IE’s collaboration with Pomanto’s government involves the development of e-government platforms and smart cards – both systems widely used in Singapore. They are also working on preemptive flood detection systems – a severe problem in Makassar – as well as smart street lighting and intelligent transportation to enhance the infrastructure of the city.

On 24 November the city will host DILo Festival Makassar 2018, an event aimed at regional startups. Under the theme “Local empowerment through startup”, DILo Festival will encourage new talent to come up with innovative ideas and solutions to the city’s problems.