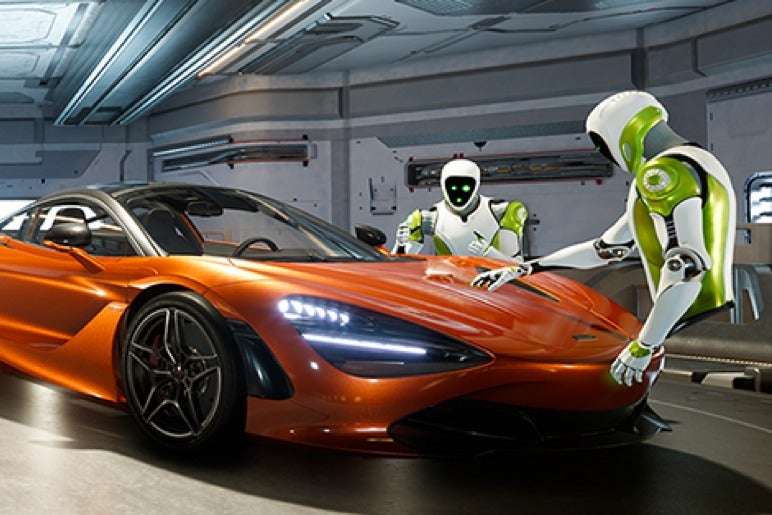 Earlier this year, Nvidia unveiled its Holodeck. The product is a virtual world in which all of the laws of physics apply, so images cast shadows, objects experience gravity and objects act as they should.

If you’re a Trekkie like me, you’re likely familiar with the Holodeck on the Starship Enterprise from Star Trek: The Next Generation. There is one significant difference between the Star Trek Holodeck and Nvidia’s. In the TV show, the crew often used the virtual world to get away from their jobs, whereas Nvidia created its Holodeck to help people do their jobs better.

[
Discover 9 emerging innovations that could redefine IT | Learn 7 tips for vetting the business value of emerging tech and how to assess emerging technology with a heat map
]
[ Read also: IBM CIO bets big on digital workplace to lure tech talent ]

Last week, Nvidia held its GTC event in Washington, D.C., and I had the opportunity to experience Holodeck in person. As an analyst, I get to try lots of cool technology, and this is one of the coolest things I’ve seen. So, I thought I would share the experience.

To enter the Holodeck, I put on a pair of virtual reality glasses and was handed two joysticks. When I entered the “room,” I was joined by two other people and a very high-end Koenigsegg car. One of the first things I noticed was how detailed the environment was. For example, the light cast shadows, so if the manufacturer wanted to see how the paint job looked in direct sunlight versus low light, that’s possible.

In addition to being able to look around at the virtual environment, I could interact with people and the car in the following ways:

We are in the era of digital transformation, and businesses need to move fast. This means bringing the right people together to collaborate and make a decision faster than the competition. Working with physical items, such as furniture, a car, jet engine or anything else can be a long, expensive process.

For example, if Koenisegg wanted to see how the car responds in a crash, it would have had to build a test lab and actually crash the car. Because all the rules of physics apply in the Holodeck, this can be done virtually and the tests repeated quickly. This has the downside of putting crash test dummies out of work, but it is faster and far less expensive.

If you’re wondering when the Holodeck might be available for commercial use, it just went into early access in October, so it’s likely a few years away from being something all businesses can purchase. But you can sign up for the beta.

My first experience with it was more than positive. It highlights how collaboration will change as we blend the physical and virtual worlds together.

I know many CIOs have struggled to understand how VR fits into the workplace. They need to get past that because virtual, augmented and mixed reality are quickly becoming something that can change how we work and interact with “things,” particularly connected ones. If you’re investigating it now, push forward. If you aren’t, get going or your company will quickly fall behind its competitors.