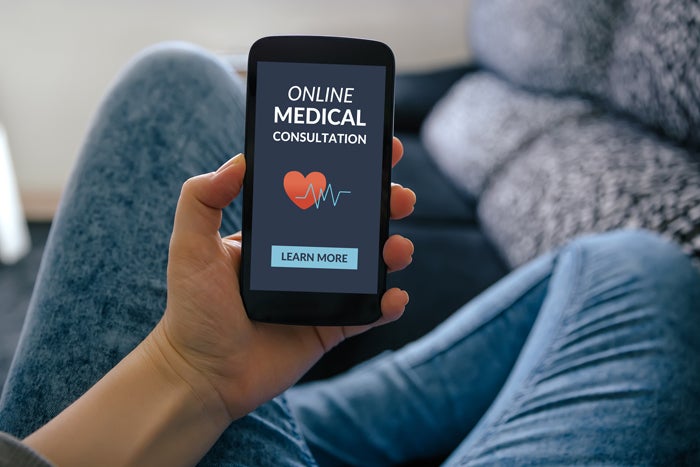 A famous song by the Rolling Stones refers to the protagonist going down to the Chelsea drugstore to get someone’s prescription pill, and standing in line with a Mr. Jimmy who looked really ill.

Well, not anymore. The standing in line part, at least. With a couple of touches on a smartphone, one can order and refill prescriptions and simply drive up to a window at the drugstore to collect it. Online prescription medication ordering and refill is one of the most successful use cases of mobile digital health applications.

Digital health applications are slowly going mainstream, but the number of success stories such as online prescription ordering is very limited.  Since the beginning of the year, I have been trying to unravel the contradictions of the digital health markets in this column (so much so I that decided to write a book about digital health growth strategies, to be released next month). I have written about the breakneck pace of digital health funding, about the misalignment of incentives between healthcare enterprises and digital health firms, the ongoing pivot from B2C to B2B models by startups, and the relentless focus by healthcare technology buyers on ROI.

The good news is that the digital transformation of healthcare is a real and present opportunity. However, the opportunity is spread unevenly, especially for mobile applications that aim to create digital engagement and experiences for patients.

Earlier this month, clinical research firm IQVIA (formerly QuintilesIMS) released a comprehensive report that explores the landscape of digital health applications, the diverse and emerging use cases, and the challenges in increasing adoption rates. Titled the Growing Value of Digital Health, the report presents some stark numbers; there are some 318,500 mobile health applications available to download (more than twice the number mentioned in the earlier version of the report released back in 2015). However, the vast majority of the apps (85%) have fewer than 5000 downloads, indicating low adoption rates across the board. Just a tiny percentage, 41 apps in total, had crossed the 10 million downloads threshold and were concentrated in just five patient populations, with diabetes and behavioral health being dominant categories. Based on the estimated savings from the adoption of mobile health apps in these five populations, the report extrapolates a savings potential of $ 46 billion in annual cost savings for the healthcare sector as a whole.

Why does it seem so hard to increase adoption levels for digital health applications?

Healthcare consumers have gotten comfortable with all kinds of other mobile applications, especially e-commerce and personal finance, but apparently remain resistant to digital health apps.  To understand why, it’s important to understand the line that separates mobile health applications that have high adoption rates vs. those that do not.

The vast majority of mobile health apps are classified as wellness apps, which implies that they are not “clinical grade” and hence cannot be used in diagnosis and treatment. The IQVIA report notes that while smaller in number, it is those applications that are used for health condition management in a clinical setting that are seeing the highest growth rates. Among these, the ones that deliver higher value are the ones that communicate with other devices and sensors, aggregate data in real time, and improve the patient and the physician’s ability to manage health conditions. The focus on real-time aggregation an analysis of data from multiple sources is an increasingly important theme, with leading technology vendors espousing the notion of comprehensive health records (CHR) that provide a 360 view of a patient’s condition by looking at medical as well as non-medical data. Digital health apps that can architect solutions that achieve the integration of data from multiple sources in real-time and presenting it to providers and patients alike in a seamless user interface seem to have the advantage in the current market.

Alignment with the needs of patients, not just providers

Patient experience is an aspect that gets less consideration than we might expect.  In the quest to align with a healthcare provider’s preferences (which is the pathway to getting paid for a new digital health app), technology providers have assigned lower priorities to patient needs. As an example, patients place a higher value on convenience and value to themselves (as evidenced by the wild success of prescription refill applications used by leading pharmacies) than physicians who may care more about access to real-time data on patients, regardless of how it is obtained from patients (which may be intrusive and burdensome for patients).

Patients also place importance on the trustworthiness of applications. A study by consulting firm Deloitte revealed that while pharma companies more than tripled their mobile app releases between 2013 and 2016 to nearly 1000 apps, the growth rate of consumer downloads plummeted from 197% in 2013-14 to a mere 5% in 2015-2016. The report attributes this drop partly to the lack of trust in pharma companies and indicates that patients are more likely to download the same apps if they were developed by patient communities instead.

The interest in digital health applications shows no signs of slowing down, despite the slowdown in exits for venture capital firms invested in digital health startups. Health systems such as UPMC and Partners Healthcare (which recently announced a $ 171 M fund) have gotten into the act, often with the backing of other healthcare enterprises. The range of potential use cases for digital health mobile apps has expanded significantly beyond patient engagement and care coordination to newer areas such as clinical trials recruitment.

The pace at which digital health applications will go mainstream will depend on healthcare’s shift to value-based care (VBC). Technology challenges related to data interoperability, data security, and privacy will continue to remain significant challenges in increasing adoption rates for digital health applications. However, the more significant challenges to adoption rates will be about establishing robust business cases for deploying the apps, ease of use and elimination of the burdens of healthcare IT on physicians.  We’re still in early stages.