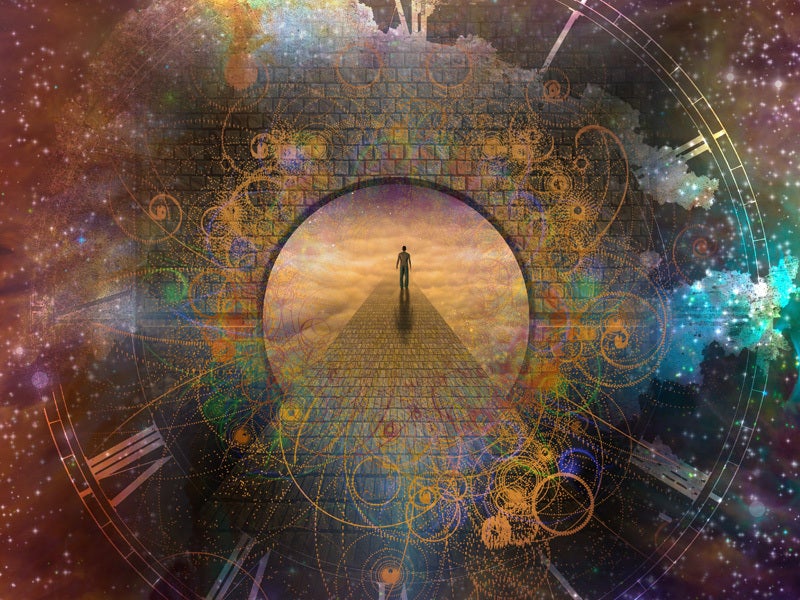 The year is 2027, and you’re ready for your morning commute to work. You’re dressed casually, because the business world long ago realized comfort inspires creativity. You head toward the car. It’s the same car that takes you to work every day, only you don’t own it. Why would you? There’s no need since you bought an annual commute subscription from the car service company that emerged out of Uber’s ashes. The car is always on time and gets you to work efficiently because it has access to special “no manual driving” lanes on the highway.

But this is only the beginning of your productive and efficient commute. As you slide into the car, you don’t face forward or sit behind the wheel. Rather, you face the car’s back window, which has become a screen, and where the video call you just initiated appears. The audio system connects to your virtual assistant and starts prioritizing your tasks. Simultaneously, you respond to network messages (the evolution of email) via voice. This task, however, is one you find tedious. You’re really looking forward to the upcoming new technology where your thoughts can be transferred straight to the network. This, of course, makes you ponder what happens to driverless cars when you can directly interface into a virtual reality work environment…

Contemplating the future of the business world is a fun exercise, especially considering where we are today with technology, and the pace of change at which it continues to evolve. It seems the future workplace is limited only by our imaginations, and is not all that far off. A handful of today’s technology visions are only five or 10 years away, their evolution driven by our unending quest for convenience, personalization, ease of use — and more innovation. The following provides some of our insights into what the future workplace might look like.

Information at your fingertips

How much time do you spend on data — staring at it, inputting it, analyzing it? Likely a lot, with whatever time left over dedicated to creative tasks and cultivating relationships with your colleagues and customers. In fact, you must process data in order to cultivate relationships. Wouldn’t it be better if you could spend less time processing that data?  The workplace of the future will drastically accelerate how we interact with data so that more time can be spent innovating and establishing relationships. First of all, machines will collect all the data that we could possibly need — more than any human is capable of understanding. That’s IoT at work today.  But don’t worry, the machines will realize this, so they’ll pare it down and present data and analysis in easy-to-comprehend formats for humans. Information needed by humans will automatically be presented — distilled into key facts, trends, priorities and insights — and ready for observation and discussion. Machine learning comes into play here: Based on the user’s response to the collected data, an algorithm will organize analysis to highlight only the most relevant insights based upon best practices from many similar analyses.

The declining role of mobile devices

Smart phones are revolutionary, and they have been integral to the workplace for years. They’ve made an indelible mark on society, but so did the VCR 30 years ago. Innovation in mobile phones has arguably leveled off, with the real innovation taking place these days in the cloud instead (think: map routing, information gathering and reduction).

In fact, the mobile phone itself — and even the laptop — may be an impediment in the future. Consider this: Today, we’re used to interacting with our hardware devices through typing and voice commands. But there’s a clear path to the future that bypasses these devices completely, instead connecting your human brain directly to neural networks. You think it, and it will be done — a completely frictionless experience. This concept may seem otherworldly, but it’s already in play to help those suffering from physical disabilities. A research team from the University of Melbourne has developed a device that controls exoskeletons using the mind. It’s set for human clinical trials next year. This type of technology will no doubt open the door to a range of possible uses and make smart phones, tablets and laptops a thing of the past. Today, the Aira headset is already helping the visually impaired navigate an ever-increasing complex world with a combination of wireless video, AI and text-to-speech. The future is here.

Artificial intelligence (AI) is at the front end of its hype cycle. Today, certain pieces of AI are very real: chat bots, natural language processing and pattern recognition in machine learning. Given the progress we’ve made with AI over the past five years, its potential for the future is staggering and unlimited — and a boon for many customer-facing applications. For example, sales professionals will very soon have AI-driven personal assistants. This assistant of the future will not only make the sales professional more efficient and effective at getting the job done, but will also reveal something he didn’t already know about his customers, helping create a better customer experience.

Augmented reality (AR) will also play a starring role in the future workplace, as underscored by a forecast from the Cisco Mobile Visual Networking Index. It says that AR mobile traffic will increase from 3PB per month (by the way, petabytes are big!) in 2016 to 20PB per month by 2021 — that’s a seven-fold increase in just five years. For those not in the know, AR is an emerging technology with roots in virtual reality — a composite view of a physical, real-world environment augmented by sound and video graphics (for example, the Pokéman Go! game). In practice, AR can be used by workers in a factory who wear AR glasses in a dangerous environment. These AR glasses could automatically display information to help protect workers from the dangers of their job, perhaps preventing accidents and saving lives — not to mention millions of dollars in workers’ comp claims. Or, imagine how AR will impact driverless cars, enabling three-dimensional, virtual interaction with customers and colleagues in a space designed to get the professional from point A to point B. Taking it a step further, AR may even be able to display information about a customer as you interact with him, customizing and enhancing your interaction. So, rather than looking up a customer’s LinkedIn profile or doing a Google search on him to gain more information (à la 2016), the information will just appear next to him on your video screen or AR-equipped glasses as you speak with the customer.

The physical office is here to stay

Yes, technology means you can work from virtually anywhere. But one thing that predictors are getting wrong is the demise of the physical office. The office will instead remain integral to the work experience. The reason? Human-to-human interaction is still very valuable. There exists a powerful dynamic in employees working shoulder to shoulder, participating in unplanned conversations that don’t as easily happen over the phone. This collaborative environment is especially important among creative teams.

10 years ago, Facebook was just getting started, machine learning and AI were mere concepts, and self-driving cars were parked in our imaginations. So, when you consider how far we’ve come in just the past decade, our opening scenario isn’t outside the realm of possibility, given our appetite for innovation. As long as the demand for “more,” “better” and “faster” continues, the vision for the future will be here before we know it.

Green is a business executive and software technology innovator who has demonstrated repeated success in building and improving organizations, leading rapid growth of worldwide revenue and inventing, refining and delivering solutions that exceed the expectations and imagination of businesses and consumers. Green has more than 25 years of technology experience and has demonstrated success as part of both Fortune 500 and early-stage companies.

Green joined Sun Microsystems in 1989 where he held a variety of roles, ultimately serving as executive vice president of software, in which he was responsible for Sun's software products strategy and development, including the acquisition of MySQL, and driving Sun’s product, licensing and support businesses.

After Sun, Green served as CTO of Nokia and executive vice president of the consumer and enterprise business at Nuance Communications. He most recently led products and technology at an early-stage Internet of Things company bringing connected sensors and data analytics to commercial-scale energy control.

The opinions expressed in this blog are those of Rich Green and do not necessarily represent those of IDG Communications, Inc., its parent, subsidiary or affiliated companies.