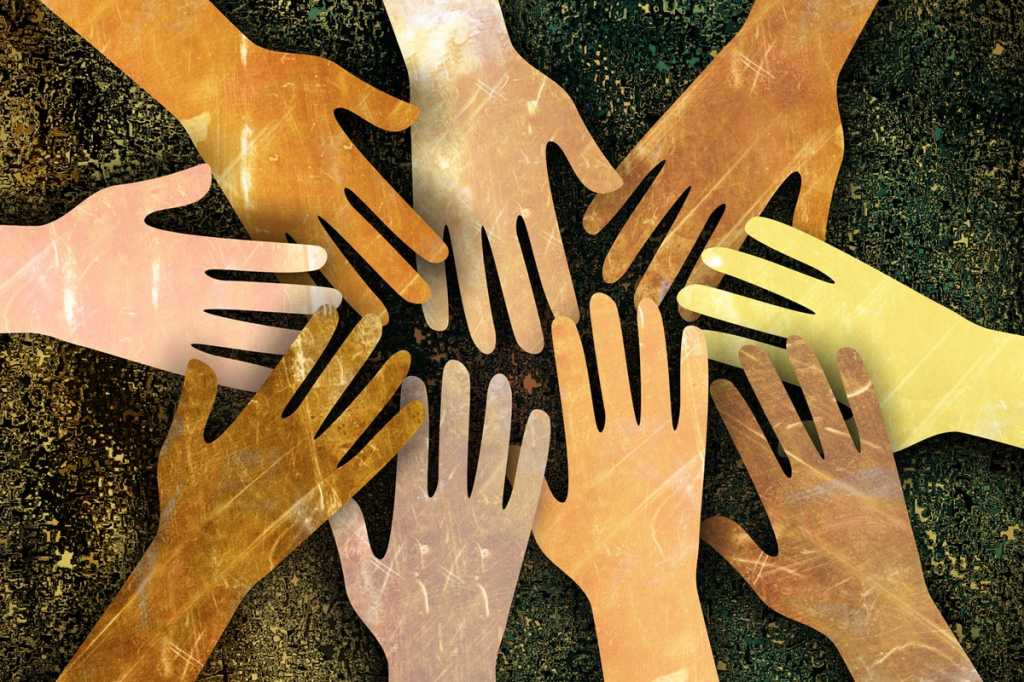 The business case for diversity is well-documented. Diverse teams perform better and develop more innovative ideas, directly impacting a company’s performance and bottom line. Ignoring diversity as a business priority can also severely limit your potential customer base. A diverse workforce is better positioned to come up with solutions to the wide range of problems diverse populations face.

While many companies are attempting to solve the lack of diversity in their workforces, many are failing. There’s no one-size-fits-all solution for a successful diversity and inclusion (D&I) strategy, but there are best practices that can ensure you have the appropriate resources in place to attract and hire diverse talent, and to support, engage and retain that talent, too.

1. Ignoring the recruiting and hiring process

Most organizations have a basic understanding of where to begin addressing diversity issues in the workplace — through their hiring practices. That starts with the language you use, says Linh Lam, CIO at Ellie Mae.

“Diversity and inclusion encompasses every part of your business,” she says. “That starts with recruiting. A major initiative we undertook back in 2018 was looking at our job descriptions and our language so we made sure we weren’t just attracting one demographic, because we know that can be a turnoff.”

Angelic Gibson, CIO at AvidXchange, is making a greater effort to source candidates from non-traditional backgrounds as well as emphasizing reskilling and upskilling from within.

“We have to go to a diverse set of places to identify and bring in talent,” she says. “We constantly examine how are we exposing ourselves to diverse thoughts and ideas through hiring from different demographics. That means not just diverse recruiting, but creating diversity through upward mobility. Maybe folks didn’t have a chance to major in computer science, or their background is in an area that’s not STEM-related. We’re working on how to assess aptitude for these careers and then train those people to move up.”

2. Shortchanging the importance of inclusivity

Organizations often fall flat on inclusion once diverse candidates are brought on board, says Ellen Bailey, associate director of global learning programs at Harvard Business Publishing and Corporate Learning. To get beyond diversity and fully embrace inclusion, leaders must leverage the three As: awareness, authenticity and accountability, Bailey says.

Awareness is when leaders recognize their own biases, and then work to reduce those, Bailey says. “You can’t go about reducing or curbing your biases — not to mention those within your organization — if you don’t even think they exist,” she says. “So, doing that self-reflection and being able to admit where those are is a first step. Yes, that means being vulnerable, but that leads into the second ‘A,’ which is authenticity.”

Authenticity requires leaders to be intentional about modeling behaviors they want their teams to show, Bailey says. That means not only identifying and owning their own biases but being able to demonstrate how they are addressing those issues.

“You have to first have the awareness, and then demonstrate curiosity, openness and willingness to value differences. Seeking out diversity of thought, diversity of background, diversity of opinion, in every aspect of your work. That’s not always seen as favorable in many organizations, but that diversity will challenge the norms and improve inclusivity,” she says.

Finally, individuals must be held accountable for making inclusion a priority, she says.

“Especially at the leadership level, you can use your influence, exposure and power to make sure you’re regularly including others in decision making, goal setting, defining strategy, execution, projects, innovation,” she says.

Accountability also requires owning up to and quickly and publicly taking action to correct missteps. Addressing and fixing issues forms a positive feedback loop that can improve inclusivity by tying those missteps back to awareness.

“This is an ongoing process that has to constantly keep evolving and improving,” Bailey says.

3.Underestimating the power of processes and policies

For D&I initiatives to have an impact, there must be processes, policies and infrastructure in place to support them, Bailey says.

“It can’t just be up to individuals without having a framework in place for how to recruit, how to onboard, how to make sure when people are coming on board that they feel like insiders from the very first day,” she says.

Leadership needs to take responsibility for making sure the working environment is safe and welcoming for everyone, but also to take immediate and decisive action when there’s evidence that this is not the case, says Bob Miller, vice president of Booz Allen Hamilton. “One of our values as a company is ‘unflinching courage,’ which means you have to step in decisively so that every employee feels protected, supported and covered,” he says.

“Colorblindness” — a practice in which racial identity is avoided — used to be an acceptable approach not only to diversity initiatives but how the success of a D&I initiative was measured. The reality is that “colorblindness” can actually work against diversity and inclusion by ignoring differences and failing to take into account how perceptions, thoughts and experiences are shaped by identity, says Miller.

“You have to go further and embrace differences,” he says. “As opposed to saying you’re ‘colorblind,’ which serves to avoid and ignore difficult conversations, you have to be open and understanding about how different races, genders, abilities, ages, etc., are shaped by their experiences. When you do, when you embrace and celebrate differences, you open up a better dialogue and that means you can get better results, better engagement and better morale from your teams.”

It’s nearly impossible to expect your talent to come to work and leave their “baggage” at the door. In fact, doing so can be detrimental, and can make your employees feel that they’re not valued or respected for every aspect of who they are.

This includes support for employee resource groups (ERGs), also known as affinity groups. ERGs are an incredibly valuable place for people of color, women, the LGBTQ+ community and allies to vent, share best practices and learn new ways to help, says Amy Waninger, author of Lead at Any Level.

“Abandoning ERGs can send a message to stockholders, customers, and prospective employees that these issues are no longer priorities for your executive team. Certainly, ERGs are only one part of a company’s talent and marketing strategies. Remember that they can also be the most visible indicator of your company’s commitment to diversity,” Waninger writes.

Twenty years ago, senior executives would engage and/or reward staff by taking them to happy hours or booking tee times on the golf course; some still do, and if this is how your teams prefer to connect and blow off steam, great, says Miller. But these might not be options for everyone.

Working parents might not be able to arrange childcare after work or on the weekends, for instance. Or employees who adhere to certain religions, or who are in recovery from alcohol or drug addiction, might not be comfortable in certain environments outside the workplace.

“Not to mention that these kinds of activities tend to rely heavily on outdated gender and social roles — golf, drinking, that kind of thing are typically ‘male-associated,’” Miller says. “You need to make sure you’re advocating for and sponsoring talented individuals in the way they prefer.”

Would your employees prefer a few bonus days off? Early release days? A team breakfast or lunch? You need to adjust your style to accommodate the needs of the staff that works for you, he says. How you reward employees is an important signal of workplace culture, which you must define before it derails your organization.

“The most damaging phrase in the language is, ‘We’ve always done it this way,’” Rear Admiral Grace Hopper famously said. While some organizational leaders and managers hide behind bureaucracy to deter their teams from making requests for greater flexibility, Miller says that’s a major obstacle to greater diversity and inclusion.

“Try to get to ‘yes,’ no matter what. Make every effort to listen and hear your workers’ concerns about work/life balance, scheduling, that sort of thing,” he says. “Some of your people might be dealing with taking care of an aging parent, or want to attend a child’s school event or function. Some might need flexibility in their working hours or even their workdays — don’t make your employees choose between work and life.”

Being as flexible and as accommodating as you can will result in great employees who respect your institution and who want to do right by you, because you’re doing right by them, he says.

8. Presuming too much about work/life balance

Don’t assume you know what’s best for every employee, Miller says. Not everyone has the same goals, ambitions, skill sets; nor is every person on your team in the same place in their lives.

“The only way you can know what support and what resources they really need is by talking to them and really listening, whether they’re experiencing something positive or negative in their lives,” Miller says.

For example, say you have an employee who’s taking care of an elderly, sick parent. While they may be a bit distracted at work and need some extra flexibility in their schedule, don’t assume they wouldn’t be open to professional development opportunities, a promotion, greater responsibilities or a “stretch” project, Miller says.

Or, consider an employee who’s just returned from maternity leave. Before you exclude her from projects that would involve extended or unpredictable hours — even if you have the best intentions — have a conversation and find out what would work best for her.

“Don’t assume they won’t want to or won’t be able to do it. Give them the opportunity to make the decision for themselves; make sure, too, that if they choose not to take on additional responsibilities, that it doesn’t count against them,” he says.

Say you have a weekly staff meeting, and the same person takes notes each time, or makes coffee, or sets up the room. Oftentimes, it’s women who are expected to perform these tasks because managers don’t think beyond traditional, socially prescribed roles, Miller says.

“If you see this happening, put a stop to it. Better yet, avoid putting people into certain roles like this without considering the underlying reasons and the implications,” he says. A better option is to rotate the duties, so that everyone has the opportunity to do that and take responsibility for making sure these tasks are completed, he says.

While it’s easier to ignore domineering behavior — in some environments, aggressive behavior is actually encouraged — it undermines diversity and inclusion efforts by silencing all but the loudest voices. As a leader, it’s important to make sure that you are giving credit where it’s due and are amplifying the voices of those for whom it’s harder to speak up, Miller says.

“You need to give credit where it’s due. Just because someone is more aggressive, domineering or louder doesn’t mean they have better ideas. If you see someone interrupting or talking over another person, call it out. If you see an instance where someone who’s reserved has the courage to speak up, and then someone immediately repeats their idea and takes credit for it — call it out,” Miller says.