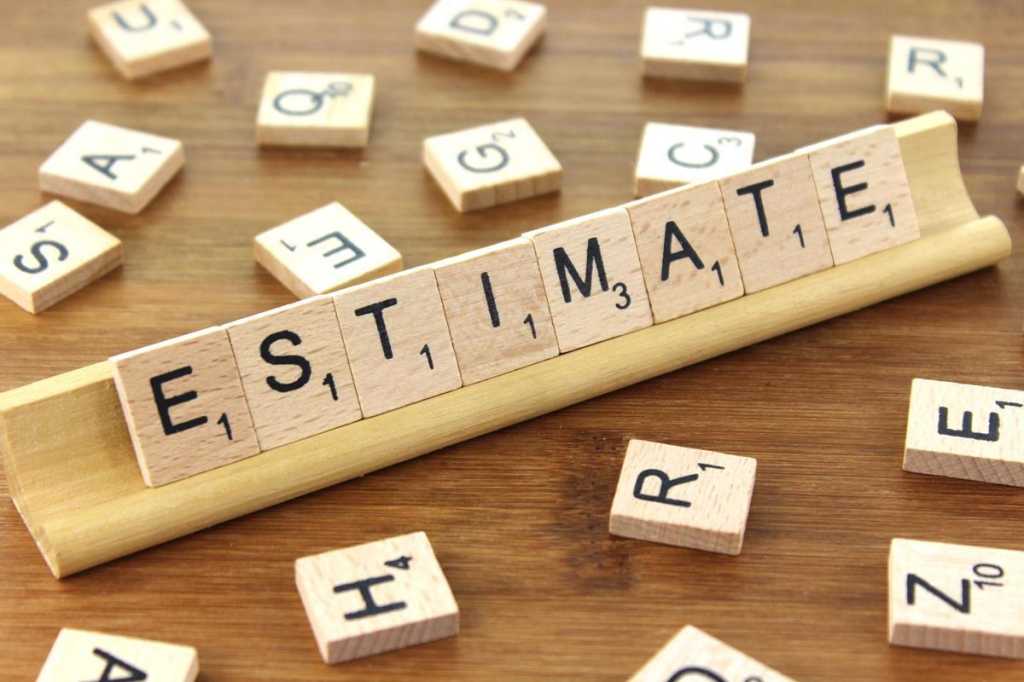 CIOs have long struggled to quantify the value of IT services relative to production costs, a financial black box that sows distrust between the tech department and business divisions. As IT implements additional digital capabilities in service of the business, this disconnect is widening, inspiring more CIOs to embrace technology business management (TBM), which largely comprises financial management software aimed at documenting the value of IT services.

TBM isn’t new. For years, IT staffs have crafted spreadsheets to chart the time saved and cost to produce an IT service. If a business peer asks for the information, CIOs share the corresponding spreadsheet. But the share-a-spreadsheet model is hardly sustainable in an era where business executives expect to view metrics and charts on a computer, tablet or smartphone.

[
Learn from your peers: Check out our State of the CIO report on the challenges and concerns of CIOs today. | Find out the 7 skills of successful digital leaders and the secrets of highly innovative CIOs.
]
[ Learn the 10 old-school IT principles that still rule and the 12 ‘best practices’ IT should avoid at all costs. | Find out what your peers are up to with our report: State of the CIO: IT-business alignment (finally) gets real. | Get the latest insights by signing up for our CIO daily newsletter. ]

Spending on IT financial management (ITFM) tools is expected to grow at an estimated 19 percent compound annual growth rate over the next five years, according to researcher Gartner. But Apptio, the undisputed 800-pound gorilla in a market that includes Nicus Software, ServiceNow and Cloudyn, boasts dozens of large enterprises.

The company, recently acquired by Vista Equity Partners, offers a SaaS solution that automates TBM, eliminating the onerous task of typing financial metrics into a spreadsheet. The software has helped IT leaders eliminate redundant applications and other legacy tools that have accrued over years, shaving hundreds of millions of dollars in sunk costs.

“Today, with companies across sectors increasingly depending on technology to stay competitive, IT is becoming a critical component for every business on the planet, and Apptio has created the leading platform to help customers manage this new paradigm,” said Brian Sheth, co-founder and president of Vista, of the acquisition.

CIOs shared with CIO.com their experiences using Apptio to help streamline IT operations, improve IT’s standing with the business, and shift resources toward innovative digital initiatives.

Some CIOs have parlayed success with Apptio into boosting credibility with their business peers. Bharat Amin wanted to make a big impact when he joined Newport News Shipbuilding as its first CIO in 2014. “I had zero experience in shipbuilding so I had to build trust,” says Amin, who joined the company from BAE Systems. He spent several days at sea getting acquainted with the company’s warships.

Amin also surveyed Newport’s IT department and learned that his staff couldn’t cite the cost of supporting email without going to look it up somewhere. “How were we going to be transparent with our business about how we are spending money?” Amin recalls thinking.

Amin adopted Apptio software, a tool he’d used at BAE to get a handle on costs for its shared services group, directly out of the box with zero customization, which he said helped him get the app quickly producing results. Shortly thereafter, Amin was able to show each business unit the cost to support them. “Because of that transparency, I got more trust,” Amin says.

Empowered by the transparency of TBM, Newport has made major strides on the technology front. It’s switching to 3D models for its ships, using augmented reality to assist in digital design and migrating to SAP’s HANA in-memory database. Moreover, Newport’s innovation center, Dogfish Lab, now reports to Amin because the executive leadership trusts IT.

“The CIO’s job not about technology management, but about driving change,” Amin says. “If we cannot drive change how can we be successful?”

State Farm, known of late for featuring NBA stars in its commercials, began using Apptio’s software in 2016 to support a sweeping strategy aimed at streamlining the insurer’s technology operations under an enterprise technology group, which includes digital operations, says Ashley Pettit, senior vice president of IT at State Farm.

Using Apptio, State Farm identified legacy, duplicate and other unnecessary applications to sunset in its claims, underwriting and other business units. Reducing maintenance for such apps helped State Farm reduce IT costs, which it then funneled into its digital transformation, which includes critical revamps of its mobile app and website, Pettit says.

“It enabled us to get greater visibility into our cost structure … and help us assess IT priorities to spend money in the right places,” Pettit says. She says that the financial transparency has spurred greater alignment between IT and the rest of the business. “We understand the ROI from investments and get a granular view of the cost structure.”

Like many other manufacturers Micron is tapping into automation and data analytics to bolster its bottom line, says Trevor Schulze, who served as the company’s CIO from 2015 through 2018.

When he joined the company in 2016, Schulze was tasked with figuring out how to shift spending from supporting legacy technology toward innovation. The catch? “It was imperative that we not increase costs but be strategic about working within the footprint that we had,” Schulze says.

But there wasn’t enough visibility into how money was being spent to run, change or transform the business. Data on IT projects sat static in spreadsheets or PowerPoint presentations — hardly in any shape to drive change.

Taking a phased approach, Schulze winnowed out costly legacy investments that weren’t adding value. He shuttered some contracts, let others lapse and moved several technology services from on-premises, which Micron and vendor partners were spending time and money maintaining, to the cloud.

“There are a ton of expectations around digital transformation out there and CIOs are figuring out how to move money left to right in a way that is responsible,” Schulze says. “Tools like Apptio are critical to CIOs trying to transform their business and achieve financial accountability and speed to decision-making.”

Getting clarity on costs

In 2012, Chevron’s Amy Absher was feeling pretty good. Business was booming and the company was hiring across the board. Moreover, the Chevron general manager of technology, strategy and services had delivered over $1 billion in transformation value after winnowing applications from 14,000 to 5,000 and reducing the energy giant’s project portfolio by 30 percent.

But as it happens so often in the cyclical oil and gas sector, the pendulum swung the other way. The market turned and IT costs rocketed. Absher, acting on a tip from then Cisco CIO Rebecca Jacoby, elected to use Apptio to improve the transparency of IT costs and services consumed. “She painted a powerful picture of a management system to manage the upturns and downturns and give us transparency and a system of accountability,” Absher says of Jacoby.

Absher first installed Apptio in Chevron’s central IT unit, which governed large-scale utilities and ERP systems, before applying it to embedded IT groups at the edge, which were focused on generating innovation to support growing business demands. In 2014, Chevron built its first chargeback model to show the costs of IT services, hardware and software to the business unit in which they are used.

“Our biggest priority was improving transparency and being able to have more productive conversations about billing and recovery so people can understand the cost of what they were consuming,” Absher says. Eventually, Absher hopes Apptio will help Chevron analyze the costs of an entire service rather than simply the IT component.

Reining in costs — and showing results

Marketer Maritz was broiling in spreadsheet hell a handful of years ago. “Five years ago, we had a bead on our expenses, but they were locked in spreadsheets and only understood by myself and a financial analyst,” Gerry Imhoff, senior vice president of global IT services at Maritz, which builds customer loyalty programs, such as credit card points. This ad-hoc method fueled tensions between IT and Maritz’s business.

For years, IT had operated as a shared services organization at Maritz, making technology decisions for business stakeholders, and providing little choice. Business stakeholders complained that the IT department was expensive, offering little material insight into the value for their money. “Our approach to our customers really sucked,” Imhoff recalls. “We were on the bullet train to irrelevancy.”

Imhoff took a new path after Maritz founder and CEO Steve Maritz opted to decentralize IT and put more control in the hands of the business. But there was a catch: a mandate for Imhoff to reduce IT costs by 35 percent. So Imhoff implemented Apptio’s software to help rein in costs and show results. Apptio helped Maritz cut 40 percent of its IT costs, showing, for example, that a business unit didn’t need a new server when it could put new workloads on existing servers, or that another group could save money by moving data to cheaper storage. Another group agreed to move its data off a costly mainframe after two peer groups saved money by shuttering the mainframe themselves.

“Apptio put information in the hands of the people responsible for spending and budget,” Imhoff says. “It enabled us to change the conversation with our businesses.” Imhoff says he cut over $20 million from IT expenses, which Maritz used to fund acquisitions and refresh a legacy platform. Imhoff followed the initial savings by trimming an additional 5 percent, or $3 million in IT costs, which he then reallocated for spending on cybersecurity.

“It’s really great when you don’t have to go to the CEO or the CFO and say, ‘I need an additional $3 million to bolster cybersecurity,’” Imhoff says. “And you can say, ‘I’ll self-fund it.’”