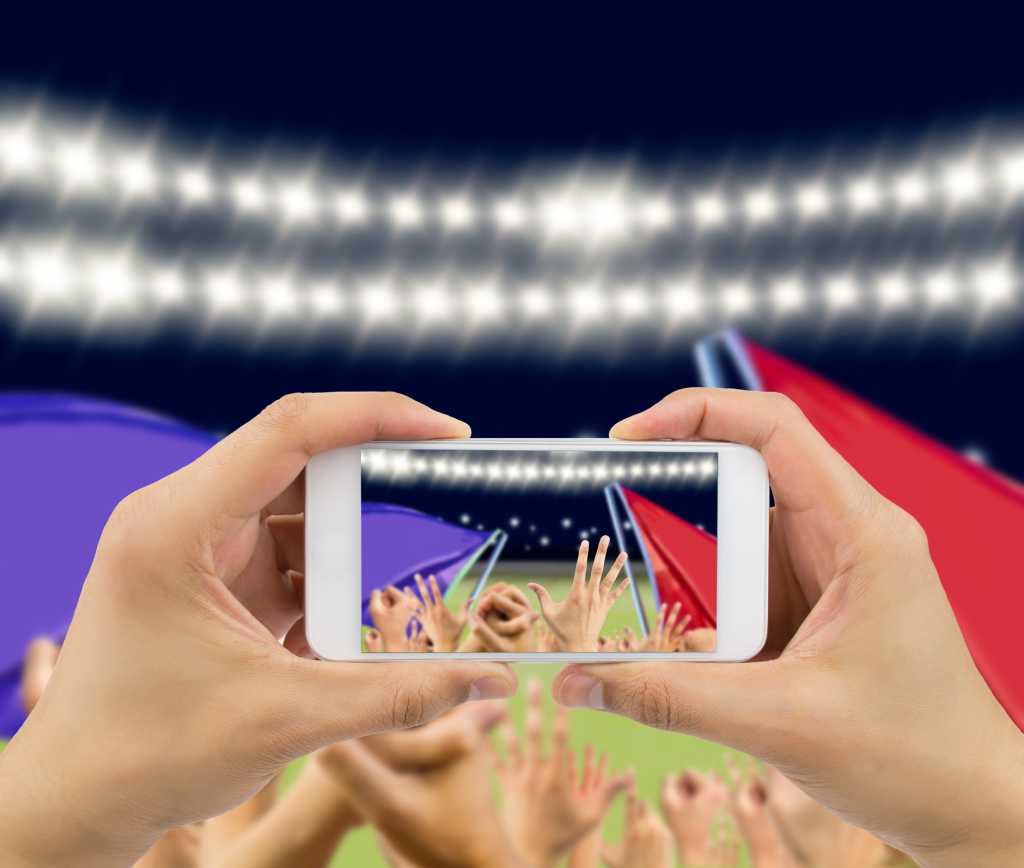 Data analytics are widely used in sport “on the field” to improve performance and boost results. A Formula 1 car can take hairpin bends at breath-taking speeds thanks to the analysis of data collected from sensors. Data generated by the positioning of rugby players in scrums influences coaching and play strategies. The International Association of Athletics Federations (IAAF) has collected and studied data from cameras worn by athletes during the World Athletics Championships, to optimise training and performance. Collating and analysing data is a powerful strategy for sportspeople to perform better, stronger and faster. When it comes to collecting data generated by fans, however, it’s a different story – and a superb opportunity.

The sports industry is big business. The Super Bowl makes $620 million, according to Forbes. In soccer, Brazil’s Neymar became the most expensive player of all time in 2017, moving to Paris Saint-Germain from Barcelona for an eye-watering €222 million. Deloitte’s “Annual Review of Football Finance,” forecasts the UK’s Premier League to generate over €5 billion revenue in the 2017/18 season.  When a club is promoted to the Premier League, there is a “rush of revenue,” according to The Guardian: promotions are valued at more than £200 million, as a result of the increased commercial value the club gains.

But, as in the world of commerce, revenue is linked to performance. If a club performs well, it generates revenue. If it performs badly, sources of revenue – income from ticket sales, for example – will drop. The Samoan rugby team hit the news recently during the November Internationals, as their chairman declared them bankrupt. One German football chief (Mainz chief Christian Heidel in 2015) warned football clubs could collapse if they continue spending “crazy money on mediocre players.” A report from financial data company Vysyble talks of the scramble to keep up financially and the “economic exhaustion” of life for newly-promoted clubs in the UK’s premiership.

Sports clubs are weathering a perfect storm with pressure from investors, supporters and coaches, as they hurtle towards a high-rolling environment which just isn’t sustainable.  Now, revenues must extend beyond the “standard” revenue streams of broadcast rights, ticket sales, sponsorship and merchandise sales. Sports clubs must create new revenues – and the solution just might be closer to home than they realise.

In commerce, businesses are using data to get closer to their customers. Organizations bring together data from lots of different sources into a ‘single customer view’ to give them a deeper understanding of their customers, and to help them generate and sustain relationships. A better understanding of customers is good for the long-term health of the business, as it helps to forecast behaviours and actions. Now, sports clubs need to start using data to achieve the same objectives with their own customers: to get closer to their fans and club members, to understand them better, to create accurate forecasts and to generate new revenue streams.

Initially, data available to clubs is at a fairly simple level – data from loyalty cards, scanned barcodes, online purchases, merchandise purchases and membership information. Used well, this data is a goldmine.  In the same way that retail banks use Entity Resolution software to join the dots on individual customers and reveal hidden connections, sports clubs can do this to learn more about their fans, to dig a bit deeper – who is connected to whom? What does this mean? How can we engage with them? In this way, they create a 360-degree single customer view, so they can deliver a highly personalised experience. Further down the line, clubs can collect and analyse more in-depth data, such as location data generated by mobiles and wearables – how did you travel to the match? How long did it take you to get to the match? Could a train company send you discounts to encourage you to use their rail network?

As clubs engage with fans across different channels, they have the potential to collect more and more data, from addresses and emails to social posts and preferences. They can aggregate this data, and can build out a profile, to help them deliver a relevant, consistent, engaging and profitable customer experience. Clubs could use machine learning software to number-crunch reams of data, and use algorithms to make predictions and take actions similar to Amazon’s “You liked this, why not try this?” prompts. For example, “You bought a ticket for the Boxing Day home game last year and enjoyed dinner at the club restaurant afterwards. Why not make a day of it again this year with 20% off and a discounted coach ride?” Clubs can generate revenue from the action the fan takes, but also from commercial partners.

I’m originally from Dallas, and as a lifelong Dallas Cowboys fan, I’ve witnessed sports clubs creating far more of an experience for fans. I go to the stadium – which, at the time of its build, boasted the largest HDTV in the world -and expect to be entertained and engaged with, in an interactive way. I’m not just watching the match, I’m involved in a more immersive entertainment experience.

Consider this scenario and how many revenue opportunities are generated:

Elements of this vision are already a reality and will become more so as state-of-the-art stadia, such as the one being built by Tottenham Hotspur Football Club with HP, incorporate next-generation infrastructure. The more data clubs collate and analyse, the greater the possibilities to boost engagement with fans, and the more potential they have to generate valuable new revenue streams.

Andy Berry is Vice President EMEA at Pitney Bowes Software. He is an accomplished global technology executive who brings over 20 years of international strategic sales and operations experience to the business.

Prior to joining Pitney Bowes Software, Andy Spent 4 1/2 years as the Vice President and General Manager of Wholesale Distribution at Infor Global Solutions. This business covered over 6,000 customers, 8 ERP systems, and 26 channel partners in the Americas and Europe.

Andy holds a degree in Computer Science from the East Carolina University. Andy is married to his wife of 21 years, Michelle, has 3 children, and lives in London.

The opinions expressed in this blog are those of Andy Berry and do not necessarily represent those of IDG Communications, Inc., its parent, subsidiary or affiliated companies.