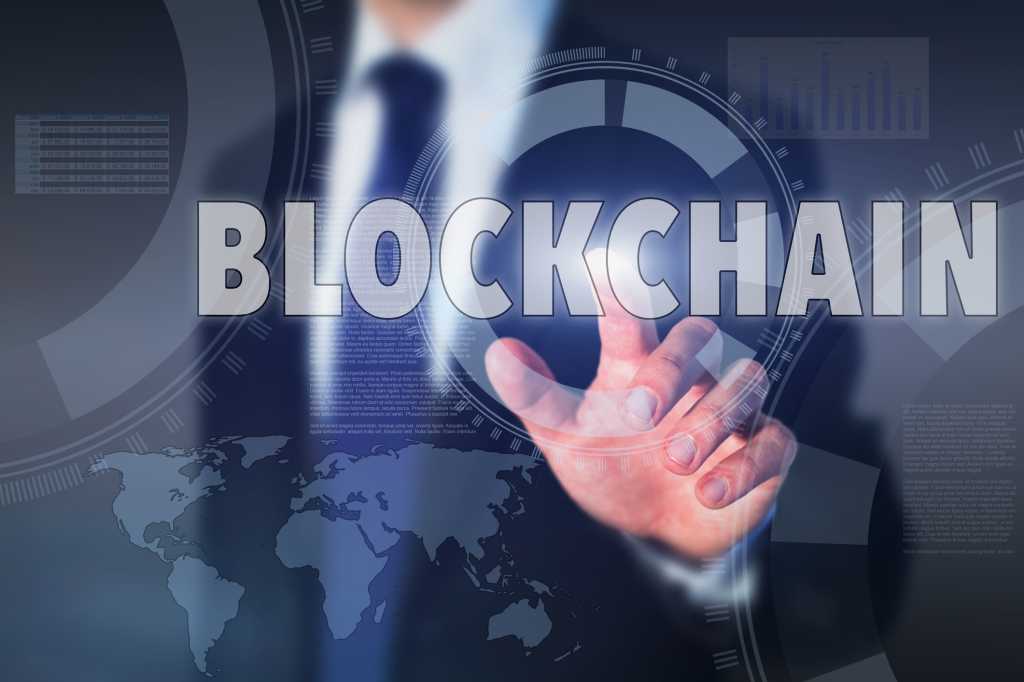 Blockchain, the complex technology that supports bitcoins and other cryptocurrencies, is poised for a move into mainstream business.

A growing number of industries and at least three national governments are conducting pilots or, in a few cases, actual deployments of blockchain applications. Early use cases are aimed at harnessing the technology to improve supply chain management and food safety, verify identities, conduct real estate transactions, and handle medical records and insurance transactions. There’s serious money involved as IBM, Microsoft and a host of startups are building blockchain platforms, and companies looking for blockchain engineers and developers are paying premium salaries.

“There have been many prototypes in the last two years, and now we’re starting to see the first serious blockchain applications,” says David Treat, a managing director for financial services at Accenture, a business consulting company. “Beyond financial services there are two overarching themes: identity and supply chain.”

Where blockchains fit in business

In a recent report, IDC analysts said they expect “blockchain ledgers and interconnections to evolve at a slow and steady pace over the next 36 months … and by 2021, at least 25 percent of the Global 2000 will use blockchain services as a foundation for digital trust at scale.”

In essence, a blockchain is a shared, distributed ledger that records the history of transactions among participants in a network. Sets of transactions are confirmed in a record known as a block. The blocks are encrypted and linked to previously confirmed blocks, forming a chain.

Some have been particularly bullish on the technology, and there’s a good deal of hype about blockchains. “Blockchain solutions are being positioned as something you take right off the shelf and deploy, but that’s not at all the case,” says Martha Bennett, a London-based principal analyst for Forrester. “Blockchain is where the internet was in the late ’80s.” Bennett says IT execs should ask a crucial question when a vendor or employee touts a blockchain application: “What does blockchain do that another application wouldn’t do as well?”

That’s not to say Bennett sees no business future for blockchain. Like other analysts and industry executives she points to supply chains and logistics as use cases that are likely to evolve first. That’s because supply chains generally involve multiple parties that need to share some, but not all, of their business information to complete a series of transactions. And each party has to be certain that information has not been altered or deleted. Or as Bill Fearnley, IDC’s research director for blockchain strategies, puts it: “There has to be one version of the truth.”

And that’s what blockchain does best.

Tainted food is a serious issue, but it wasn’t until the World Health Organization released a survey at the end of 2015 that people realized just how prevalent the problem really is. According to the organization, almost 1 in 10 people fall ill every year from eating contaminated food and 420,000 people, including 125,000 children under five, die as a result.

Most of those deaths occur in Africa and Southeast Asia, but the Center for Disease Control estimates that approximately 3,000 people in the U.S. die of food-borne illness each year. If it were possible to accurately track and trace food stuffs from origin to market, it would be much easier and faster to identify the source of a food-borne illness than it is today, says Tom Cullen, CIO of Driscoll’s, one of the country’s largest distributors of fresh berries.

Driscoll’s is one of 13 major food producers and distributors that have teamed in a pilot program with IBM to apply blockchain technology to the problem of tracking tainted food.

Driscoll’s already has significant visibility into a supply chain that encompasses thousands of independent growers in the U.S., and across the Americas, Asia Pacific and parts of the Middle East, Africa and Eastern Europe. Bar codes on pallets and QR codes on clamshell containers allow Driscoll’s to trace the origin of the fruit to an individual grower and a specific harvest. “We want to collect additional data throughout our entire value chain, both within and outside our network,” says Cullen.

The multi-billion-dollar distributor wants to expand the reach of its data collection to include additional events at the farm and those that occur after the fruit leaves its distribution centers, reaching to the customer and even the consumer level. The goal: more transparency and improvements to food safety. “No one in the industry has fully solved this problem yet,” Cullen says.

It’s not just food that needs to be traced. In October, Kobe Steel, the third-largest producer of steel in Japan, admitted that it had falsified production records pertaining to the quality of aluminum and copper that it manufactured. The substandard materials were destined for use in products made by 200 other companies.

“Blockchain could ensure that the original inspection certificates are not false and enable approval through consensus. And, if a problem did develop, blockchain could ensure that the provenance of the materials used by the auto, aircraft and train manufacturers is known,” Elizabeth Stahl, an IBM distinguished engineer, wrote in a company blog post.

There is, however, an important step that different industries need to take before blockchains can be deployed meaningfully: Standards need to be agreed upon. “Blockchain is new but we don’t have to reinvent the wheel. Our view is that let’s take existing standards where we can,” says Brigid McDermott, IBM’s vice president of blockchain business development. One example: In the food industry, companies already use the GS1 standard for the bar codes you see on packaging, so it makes sense to deploy it as part of the blockchain effort, she says.

Blockchain technology is so new that IBM — which only made blockchain a strategic priority in 2015 – and its blockchain platform has something of a first-mover advantage. But other vendors, including Microsoft, Hewlett Packard Enterprise, Amazon Web Services, and SAP, are positioning themselves as well, says IDC’s Fearnley.  “We’re still in early innings,” he says.

Trust underlies any commercial transaction, and is often established by the use of a third party. In real estate, for example, brokers are generally the trusted intermediary between buyer and seller.

But blockchain transactions work differently, using a process called consensus. “Consensus is the process that a blockchain uses to reach agreement on the order and validity of transactions. It is a vital part of a blockchain network as it enables transacting network participants to agree, without a trusted intermediary,” Rick Echevarria, vice president and general manager of Intel’s Platform Security Division, explained in a blog post.

Distributed ledgers, the essential architecture of any blockchain, make it impossible for a hacker to delete or alter data, since the ledger is designed to be append-only, says Brian Behlendorf, executive director of the Linux Foundation’s Hyperledger effort. And even if data were somehow deleted from the nodes, it would still exist on the backups, making the hacker’s task extremely difficult, he adds.

However, since the data exists outside of the originator’s firewall, it may not be secure enough for some sensitive uses. “Even in a case of a private and permissioned blockchain, the sensitive data put on the blockchain is still effectively going outside the firewall and perimeter of any healthcare organization that participates and is at increased risk of unauthorized access,” David Houlding, director of healthcare privacy and security at Intel, wrote in a blog post.

The Hyperledger community and its members are developing more advanced security methods, from “self-sovereign identity” to “zero knowledge proofs” says Behlendorf. But regulators and network security officers will have to be convinced that the new technology is, in fact, secure enough to trust with sensitive data.

Along with security concerns, Intel and others have raised the issue of power consumption. Indeed, Intel’s first forays into blockchain research were spurred by concerns over its impact on networks, says Echevarria. And that concern points right back to the bitcoin, the first major blockchain application.

Although the bitcoin exists only in the digital realm, “It uses an absolutely stunning amount of power. The ever-expanding racks of processors used by [bitcoin] miners already consume as much electricity as a small city,” Peter Fairley wrote in September for IEEE Spectrum. And whether a blockchain is managing bitcoins or something entirely different, the drain of power and compute resources is a downside that has not gotten much notice.

It’s not easy to gauge the strength of the market for IT workers with skills related to blockchain technology, although there are signs of real interest across the industry. “Enterprises and technology providers have job openings, conferences are well attended, and the consortiums and collaborations are gaining momentum,” says IDC’s Fearnley.

Employers are beginning to pay premiums for blockchain skills, says David Foote, whose consultancy tracks pay premiums offered by some 5,500 employers. “Blockchain pay premiums are ranging from the equivalent of 12 percent to 17 percent of base salaries,” he says. Foote expects premiums to increase over the next six months, along with premiums for many other skills.

Blockchain skills are not at the top of the list of sought-after skills, and don’t mistake an uptick in demand for a tidal wave, Foote cautions. And with many blockchain efforts still in the proof of concept and pilot stages it’s too early to know if the technology will live up to its promise — and to the hype.

But the move to digitized transactions is unstoppable, and blockchain is likely to be a part of that process.