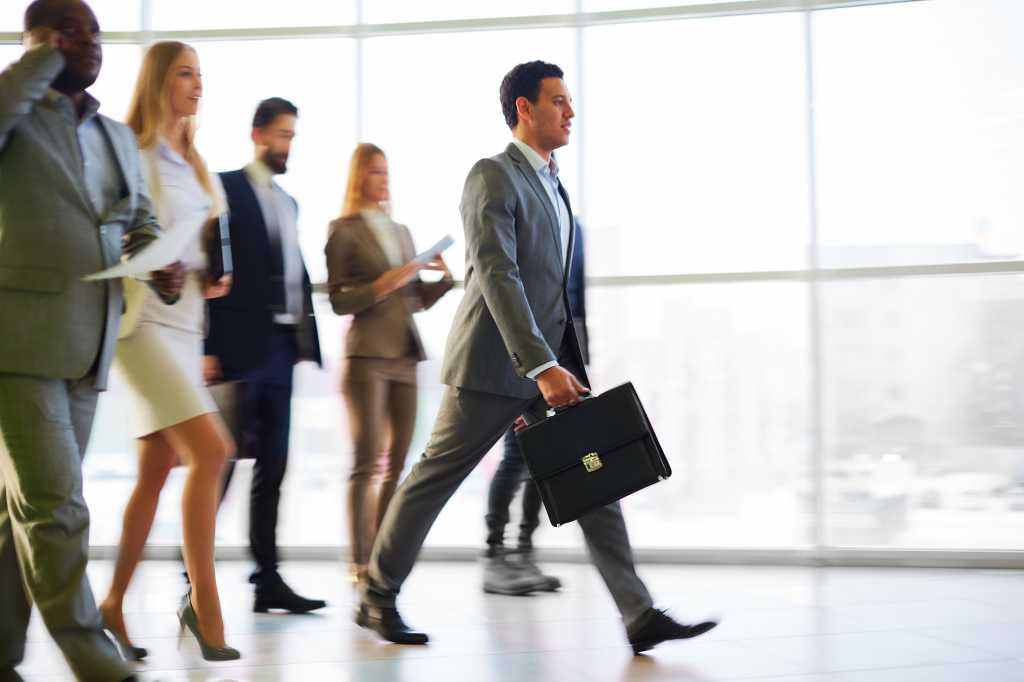 Sanjay Mirchandani is a rare breed. And to be honest, he can’t quite figure out why.

For the last 14 months he’s been the CEO of Puppet, the Portland, Ore.-based company that specializes in helping companies automate the operations of their tech infrastructure.

What makes him rare, he says, is that he’s a CEO who held a major role as CIO. For almost five years ending in 2013 he was global CIO for the data storage giant EMC.

And at a moment when so many companies in nearly every industry under the sun are scrambling to digitize so much about their business, it would seem, he argues, that more CIOs should be aiming for the top job. And yet many don’t.

We got to talking about this during a conversation the day after his keynote address at Puppet Conf 2017, the company’s annual customer event in San Francisco two months ago. We continued the conversation in a follow-up phone call earlier this month.

“When every company is forced to be a software company, whether you’re an airline or a railroad or a hotel chain, you’re not naturally a software company to begin with. Who do you lean on?” he says. “Most likely it’s the CIO.”

“To me there’s never been a better time to be a CIO,” he says. And his argument makes a certain amount of sense. Nearly every business is struggling to come to grips with the easy-to-say but hard-to-execute digitally driven realities that are transforming their operations.

On paper that makes CIOs the people in the C-Suite who are most likely to “get digital” and so it follows logically that this should be their moment in the sun. Yet, it’s not.

Mirchandani is in the early stages of writing a book on this subject. One of his key arguments is that CIOs are in the best position to understand every aspect of the business: the supply chain; customer engagements; manufacturing; marketing. Digital changes are rocking them all.

“To me that makes the CIO job the perfect place to groom your next CEO,” he says.

Here’s how it happened for Mirchandani. After a dozen years running Microsoft’s operations in the Asia-Pacific region, he landed at IT giant EMC, now part of Dell Technologies. First, he ran its global centers of excellence. But in 2008, the company’s longtime CEO Joe Tucci offered him the CIO job, and had to convince him. “I had come out of the business side, and so I wasn’t a career IT person,” Mirchandani says. “Joe said ‘Sanjay, give me bragging rights.’” In practice it meant sharing everything that EMC did within its own IT environments with customers, including the good and the bad.” He took the assignment as a mandate. EMC sought to show the world its view of not only how IT could be done better, but also how the world could learn from its mistakes along the way. By becoming a customer of his own services, he learned what worked well and what didn’t, and his IT team published white papers and articles to share lessons learned.

“I wanted to make sure our IT organization was running in a customer-centric way, and so I became a customer too,” he said.

When he saw things that as a customer he didn’t like, he pressured his teams to break out of their old habits. “There was this old mindset that if you were in IT, you had to roll your own solutions,” he said. “I challenged them to do better by getting competitive bids,” sometimes from the likes of Amazon Web Services or others.

The experience gave him a feel for the operational cadence of running a business of his own, something he thinks every CIO should do if they want to be a CEO someday.

“There’s no shortage of opportunities inside companies. As a CEO I’m always looking for people to take on growth opportunities,” he says. “Go ask for part of the business that you can run. It’s important to be a customer of your own product. You have to understand what you deliver and what you can’t deliver.”

The CIO role lasted into 2013 and was followed by other jobs within EMC and its subsidiary, VMware. The call to run Puppet came in 2015. “I had been using Puppet at EMC and I liked it,” he says. “I loved the stage it was at as a company and the space it was going after. When the phone call came, one thing led to another.” He’s been Puppet’s CEO for 15 months now.

And there are other former CIOs who have stepped up to more high-profile positions. One example is Guy Chiarello who in 2013 left a CIO role at J.P. Morgan to become president at the payment giant First Data. Another, Marty Chavez of Goldman Sachs was earlier this year promoted to CFO at the Wall Street financial giant. Other high-profile ex-CIOs include Diane Bryant, once the CIO of Intel who went on to run its $17 billion data center business, and last month was named COO at Google Cloud. Rebecca Jacoby spent 11 years as CIO of networking giant Cisco Systems and in 15 was promoted to senior VP of operations.

So, what’s an ambitious CIO to do? “Stop talking tech and start talking business,” he said. “Stop talking gigahertz about petaflops and maintenance windows and get your head around the shifts that are hitting your business. Figure out how you can play a decisive role in enabling them.”

After that, make sure you’re spending time with customers, both internal and external. “You have to get that first-hand white-of-the-eyes feedback,” he says. “In the end you are what your customer thinks of you.”

Finally, go looking for things that aren’t working. “You have to see what people are struggling with day-in and day-out. See if you can help fix those things.”

Overall, he says, now is the time for CIOs to be actively engaged in every aspect of the business. As digital transformation touches everything, the CIO’s opinions can’t help but carry weight on larger strategic decisions.

“The fact is, there’s no one left to convince about the importance of digital anymore,” he says. “If you’re a CIO, the moment is here. You’re the loudest voice at the table.”

Bold advice from an ex-CIO who’s lived it.