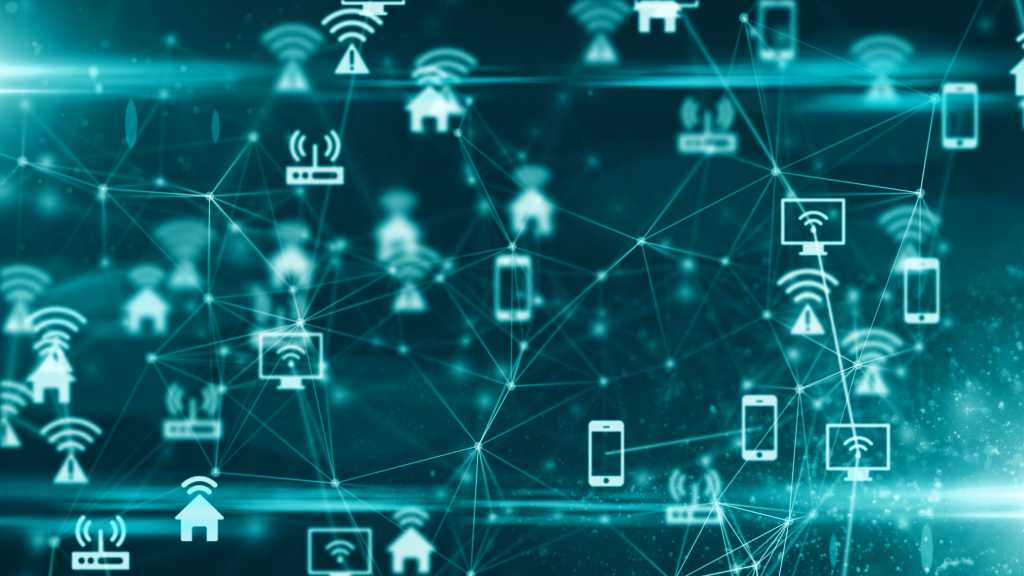 Once again 2017 was a busy year for the most dominant technology trend in business today – the Internet of Things. Gartner Research put the IoT at the peak of the hype curve in 2013 so the timely question is, “Are we in the ‘Trough of Disillusionment’ or climbing out toward meaningful adoption and business growth?” The answer this year is “No.” for some big players and “Yes.” for a few of the more agile technology companies.

Perhaps the biggest IoT story of 2017 was not explicitly discussed as such, but was GE’s stumble in the equity markets. Analysis of the dramatic fall of GE’s business fortunes is plentiful; and most focus on traditional sales metrics and dividend analysis. I don’t refute or argue any of those points of view, but from an IoT strategist perspective, GE’s role as a leader in IoT requires further review.

GE has been an early IoT standard-bearer both in leadership and investment. They declared $15 trillion in value by 2030 with trillions of things to be connected in their seminal paper on how the IoT will impact global economics. One of my key takeaways from that measure was its derivation – one percent improvement in productivity globally. One percent is evolutionary, not revolutionary; but global adoption across all segments is a disruptive event. Accordingly, they made an early pivot from being an equipment manufacturer to becoming a “top 10 software company.” They launched Predix and published influential pieces on digital twins and how the IoT was going to change the world. They were founding members of the IIC – Industrial Internet Consortium. I think of GE, more than any other traditional industrial manufacturer, as the leader in strategic deployment of IoT technology and business transformation.

But the shift from a traditional hardware business to scalable, recurring services is neither quick nor easy. Equipment businesses have mass and momentum. They take time and capital to build. This capital creates a barrier-to-entry for both manufacturing competitiveness and customer “stickiness.” Internet businesses have no mass. They require capital, but it is venture capital, not banking investments. Internet companies can become unicorns as fast as a YouTube video of a dog singing can go viral, but they can fall from grace just as quickly. So the “Internet” in the Internet of Things has created expectations with both investors and management that are not always compatible with the necessary hardware deployment.

GE is not failing in its deployment of IoT, but the adoption and growth expectations have not been fast enough to cover other challenges in their business. The good news about IoT is that adoption includes hardware – and lots of new hardware so that manufacturers like GE will reap rewards. The not-so-good news is that hardware requires installation, provisioning and calibration; and this takes time at scale. IoT companies need to have two fundamental strengths to succeed: (1) they must provide a strong, sustainable value to drive customer adoption, and (2) their offerings must be easy to install and use, to scale. But even with these attributes, GE has shown us that IoT will take time. Get started early and focus on user value to drive adoption.

Key learning: Sustained value and ease-of-adoption are the key to financial success in the IoT. Doing both at scale takes time, so plan accordingly and get started.

2. Even AWS sees the edge as the key to growth

I attended my first AWS re:Invent this year. I thought the keynote by Andy Jassy was one of the better keynotes I have heard. “Heard” is the key word because he integrated live music as a mnemonic with his messages to help make them stick. Two things stuck for me. First, AWS is depending upon IoT data to maintain their growth and, from their point of view, the IoT is taking too long to get to scale. Second,.even an Internet company like AWS understands, nay believes, that hardware at the edge is the key to IoT success. Andy and his AWS team are trying to help.

The interesting thing about AWS is that they have more than 100,000 customers, so when they say “Our customers asked for ‘X’,” then “X” is a market need.  Andy announced five new offerings based on their view of problems for their customerthat deploy at the edge. Not surprising, these five offerings address very familiar challenges for those of us working at the edge – ease of deployment, security, device management, analytics and machine learning.

None of these problems are insurmountable and are often addressed at the device level rather than the cloud level. But the key takeaway is the importance of the edge, even to cloud-focused organizations like AWS. Data drives demand for the cloud, and edge hardware creates data. Those of use working with hardware welcome new tools that might help us reduce the frictions to IoT adoption.

Key learning: Success from the IoT starts at the edge and is creating both new opportunity and new tools for hardware manufacturers.

Late in the year, Google joined the collection of companies developing self-driving vehicles  that have announced tests to be performed in conjunction with municipalities. In this case, Google’s Waymo group is testing vehicles in Phoenix. Sympathetic regulations and a welcoming economic development environment are always part of such stories, but the real message is how these tests are set up.

Waymo announced access to Phoenix’s street map content and traffic light data as critical parts of the site choice and test plans. Self-driving vehicles are not coming, they are here. Both automotive and tech companies are positioning themselves to capture market share. Automobile commercials are showing how new sensors, combined with on-board computing, enable cars to react and drive more safely than human drivers.  But the cars still have drivers because drivers are also buyers.

What the tech company tests show is that infrastructure will be required for safe and economic deployment of driverless vehicles. Chip-maker Qualcomm sees the impending wave of infrastructure device deployments and announced that it was getting a permit to test vehicles using its new V2x chipset. When chip makers enter a market, rest assured that volumes of hardware will be deployed – not just on the cars, but everywhere the cars need to go.

The security event of the year was the exploit of key reinstallation attacks on Wi-Fi (KRACK).  While neither the first IoT related security flaw nor the worst, KRACK taught the IoT developer world much about the realities of IoT security. Some quickly declared that KRACK would make “IoT devices insecure for decades.”  Clearly KRACK reiterated that nothing is safe, but the event also showed how the IoT ecosystem will actually survive and thrive. The day the hack readers were quickly informed of the situation, most were able to make repairs within 24 hours. The use of standards within the ecosystem demonstrated just one of the fundamentals to good IoT device security design. IoT security will never be easy or permanent, but KRACK showed us that even a breach of the most widely deployed standards can be managed and made more or less inconsequential to those who are prepared.

Key Learning: Follow the fundamentals of security by design to deploy IoT systems with confidence.

Digital health is basically the application of the IoT to health care, so CVS’s announcement of its intent to acquire Aetna was a pivotal moment in the IoT. CVS is best known for its neighborhood stores supplying both over-the-counter and prescription medications to the general population. But the Aetna announcement is actually the continuation of health care’s journey from hospitals to the home, and CVS has been in tune with this trend since its acquisition of Minute Clinic in 2006.

The IoT is facilitating two major trends in health care. The first is leveraging body-worn devices, integrated with mobile technology, to create a platform for patient behavior modification. According to the CDC, patients are accountable for 50 percent of the costs of chronic care in the US, which makes up more than 85 percent of the $3 trillion dollars-plus spent each year. Activity sensors and personal health devices, whether FDA regulated or not, can help caregivers change their patients’ unhealthy behaviors.

The second megatrend is the subject of CVS’s strategy that forecasts patients leaving centralized hospital care for smaller facilities and then the home. As this happens, the highly connected, data-centric infrastructure of the hospital will have to be reproduced in the new, distributed caregiving environment. This decentralizing trend is creating opportunity for IoT devices and infrastructure in the context of healthcare. CVS’s move shows that at least one provider’s business transformation is ahead of, and driving, the necessary IoT technology transformation.

Like many who come from the world of industrial process controls and automation, I have been working with connected technology, now known as the Internet of Things, since the early 1990s. Moore’s Law has made many of the things we foresaw and attempted back then as an everyday practicality today. I often look at “new” IoT offerings or products and think back to when those same products were attempted in a time of less economical technology.

Every year when I look back at the news events of the year I still see new opportunities arising from our journey through the IoT. Once again I believe the future is brighter than ever before for those who are willing to learn from the past.