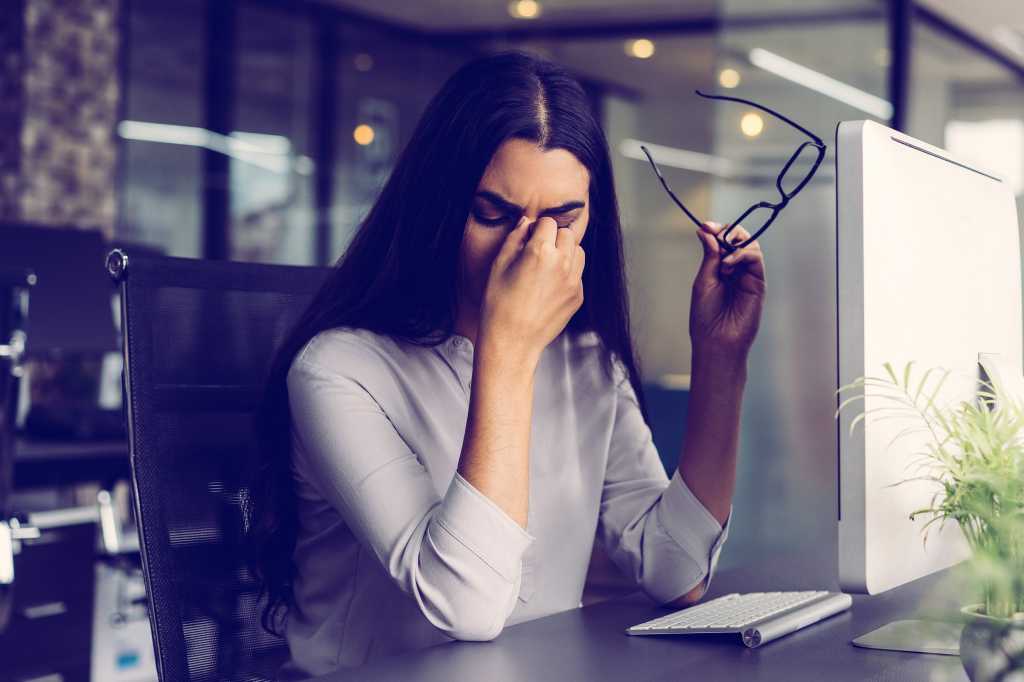 CIOs are used to rapid change. New technologies hit the market, existing ones evolve, business needs change on a dime, staff comes and goes. All that together, though, is nothing compared to the turbulence that CIOs are seeing today.

IT leaders are now contending with continued pandemic-related disruptions, geopolitical instability, and economic volatility — on top of those usual factors.

Those dynamics are now reshaping the CIO agenda for 2022, forcing many IT leaders to reorganize their list of top concerns. With that in mind, here’s a look at what’s drawing the most attention from IT leaders now.

1. Ever increasing demands for transformation

The volume of work coming at IT is one of the top issues identified by CIOs, researchers, and executive advisors, or as Elizabeth Hackenson, CIO of Schneider Electric, puts it: “The accelerated demand for digital capabilities throughout the enterprise simultaneously.”

This growing demand, she says, is an outgrowth of all the digitalization work companies undertook over the past two years in response to the pandemic. That work laid both the foundation for more advanced transformations and created new follow-on opportunities, which organizations now feel pressure to seize upon.

“We’re also learning that it’s all connected,” Hackenson says, noting that CIOs and their executive colleagues are realizing that a digital transformation initiative in one area, for example sales, must be accompanied by transformation in supporting areas such as supply chain.

“So now there’s a focus on ‘transversal transformation,’” Hackenson adds.

“Really understanding the customer is super important, so CIOs need to be in the front office,” he says.

This, though, continues to challenge many CIOs who aren’t yet close enough to internal and external customers, according to Baig.

“Technology has to move much closer to the customer, but there are still intermediaries. CIOs still have interpreters, they have interpreters between the actual users and the technology organization,” he says.

“The endgame is to start everything with the human,” she says. “Let’s start with persona or multiple personas, map experience to those, and then drive all tech and data solutions against them so you come out with better products.”

Josh Hamit, senior vice president and CIO at Altra Federal Credit Union, has always had cybersecurity on his priority list but says it has become a bigger issue this year.

He says that’s due in part to the Russian invasion of Ukraine that touched off warnings about possible Russia-backed hackers stepping up cyberattacks on US targets. That has Hamit bringing extra attention to partnering with the CISO to perfect security fundamentals, cyber hygiene best practices, and layered defenses.

“Those things aren’t necessarily new, but they’re more important now than ever before,” says Hamit, a member of the Emerging Trends Working Group with the IT governance association ISACA.

Indeed, the 2022 CIO Leadership Perspectives study from Evanta found that the No. 1 priority within the CIO function is cybersecurity strategies, up from the second spot in 2021.

Angel-Johnson says she, too, has a heightened level of concern around security issues and more specifically data protection. Like Hamit, she points to current events for bumping this up her priority list, explaining that hackers typically increase their attacks as Save the Children and other such organizations boost their operations in response to world crises — seeing the increased NGO activity as an opportunity for higher chances of successful strikes.

According to Evanta’s 2022 CIO Leadership Perspectives study, CIOs’ second top priority within the IT function is around data and analytics, with CIOs seeing advancing organizational use of data as key to reaching enterprise objectives.

Angel-Johnson shares that perspective. “I thought I was hired for digital transformation but what is really needed is a data transformation,” she says. She says she believes organizations of all kinds, including her own, should be advancing their use of data to move beyond measuring outputs and even measuring outcomes to “get to impact, to driving long-term delta change.”

To get there, Angel-Johnson has embarked on a master data management initiative. That initiative includes technology upgrades such as API integration layers for greater, more agile access to data and a culture change encouraging more innovation by “testing hypotheses” using data.

Others also list data initiatives as a top issue for CIOs. Hackenson, for example, says she’s focused on data and has prioritized its use in driving her company’s expanding use of machine learning and artificial intelligence.

“Companies like ours that have an amazing amount of data are now focused on finding those use cases that we think would be of most value to us,” she says, adding that Schneider Electric recently hired its first AI officer to drive its work in this area.

The Evanta CIO survey found that 54% are investing in cloud infrastructure, the second biggest area of spending for CIOs after cybersecurity.

Other reports confirmed that CIOs are continuing to advance their use of cloud. PwC’s 2022 Pulse Survey found that 43% are refining their IT strategy and operating model to be more agile, 35% are leveraging infrastructure investments to move from traditional data centers to cloud-based, and 28% are resetting enterprise architectures to be cloud-based.

“There is no tech strategy that does not have cloud in the center,” Baig says. Moreover, he says it’s not about lifting and shifting existing on-premises systems to cloud but rather “using cloud to really change the business: taking costs down, improving time to market, and better serving customers.”

6. Geopolitical impacts on the tech stack

At the same time CIOs are advancing their cloud strategies and promoting a more mature use of enterprise data, a growing number of tech executives are confronting new government rules impacting both areas.

Gartner calls out the issue more explicitly in its February 2022 report titled What Forces Are Driving Digital Geopolitics and Where CIOs Should Focus, saying, “Digital geopolitics is now one of the most disruptive trends that CIOs must address.”

Others say it’s giving rise to the concept of the Splinternet.

Baig explains that emerging rules and regulations are pushing CIOs to develop different tech stacks for different regions, with those tech stacks generally diverging on East-West lines. Furthermore, he adds, some CIOs have had to shift IT services out of Russia as a result of its invasion of Ukraine and the subsequent Western government sanctions.

Geopolitical concerns impact IT in other ways, too, most notably today with supply chain issues delaying key technology components. Intel’s CEO, for example, announced in April that he expects the chip shortage to last into 2024.

“The supply we need is just not there. It’s affecting a lot of things we rely on in technology. You’re seeing it with smartphones and computers,” Altra Federal’s Hamit says. He says he placed an order for 150 micro PCs in July 2021 and has yet to get them.

He adds: “We have to be flexible, accept whatever equipment we can get our hands on; maybe it’s more expensive, maybe it’s from a different manufacturer than we prefer.”

When it comes to top priorities for CIOs across the enterprise, the Evanta survey puts increasing operational efficiencies and boosting productivity in the No. 1 spot.

Others confirm the growing focus on using technology to drive down costs — both within IT and throughout the organization.

CIOs and management consultants alike acknowledge that IT has always been charged with finding ways to use technologies to cut costs and boost productivity. But they also say the emphasis on that task fluctuates based on a host of factors such as the health of the overall economy.

Inflation, concerns about a possible recession, and fears of stagflation have executives across industries reassessing budgets and, thus, making cost containment a major goal again.

“There’s a renewed effort to look at IT costs and think about rebalancing costs in case demand falls,” Baig says. “Six months ago most CIOs and CEOs were thinking about growth and how to meet demand. There are some companies that are still dealing with that, but now there are others who are immensely worried about demand cycles. As a result, that checkbook has gotten smaller and it might get even smaller; budgets might be shrinking.”

For years CIOs have faced a tough market for recruiting and retaining tech talent, as there are simply more positions than people. That can be seen in the negligible 1.3% unemployment rate for technologists. The move to remote work during the past few years has made competition even fiercer.

“We’re competing now with employers all over the place,” Hamit says. “My department did have an open position during the pandemic, and we experienced multiple iterations of posting and interviews, as well as had candidates accept and then decline. It was an extremely lengthy process relative to pre-pandemic. Also, we ended up extending our search outside our local market (where our operations center is located) and hired a remote employee. It just speaks to the competition for and difficulty finding talent, especially in IT.”

CIOs say such scenarios have reinforced the need to develop in-house talent to ensure that they stay and are capable of handling the workloads of the future.

“Talent is the foundation upon which all our accomplishments and success will depend,” says Nicholas Colisto, vice president and CIO of Avery Dennison.

10. Powering through the turbulence

Executives, including CIOs, are dealing with multiple challenges — inflation, supply shortages, high staff turnover. And CIOs — like their C-suite colleagues — must work through them to deliver on objectives and plan for the future, says Monika Sinha, a research vice president in the CIO Research group at Gartner.

“The ability to get things done is one of the key challenges that CIOs are facing,” Sinha says. “There’s a lot of pressure on them to meet demands, and their ability to be successful depends on meeting and, in fact, exceeding expectations.”

She adds: “These aren’t all new but these have gotten worse and there’s no real light at the tunnel right now.”

To succeed, she says CIOs have to push past boundaries that have traditionally confined all tech work and innovation within the IT department and instead move to distributed development and decentralized IT.

“There are opportunities within the organization, there are marketplaces CIOs can tap into not just for skills but for knowledge, to get things done or understand how to do innovation or solve business problems,” Sinha says. “This is creating great opportunities for CIOs, because technology is instrumental to solving the challenges to the business.”

“IT is partnering with its stakeholders to enable the company’s ambition to leverage digital technologies to improve its current business model and create net new products, services and models,” he says. “We are leading the delivery of digital literacy programs, internal capabilities, and strategic supplier partnerships to build skills across our company — to drive better business outcomes and to support priorities.”

To do that, he says the company is using its Digital Innovation Center of Excellence (DICE) “to identify solutions to pressing business challenges by experimenting with emerging technologies. Through a formal learning program, lab experiments and links with a partner ecosystem, DICE is helping Avery Dennison develop innovative solutions to enhance the customer, employee, and factory experiences and bring new products and services to the marketplace.”