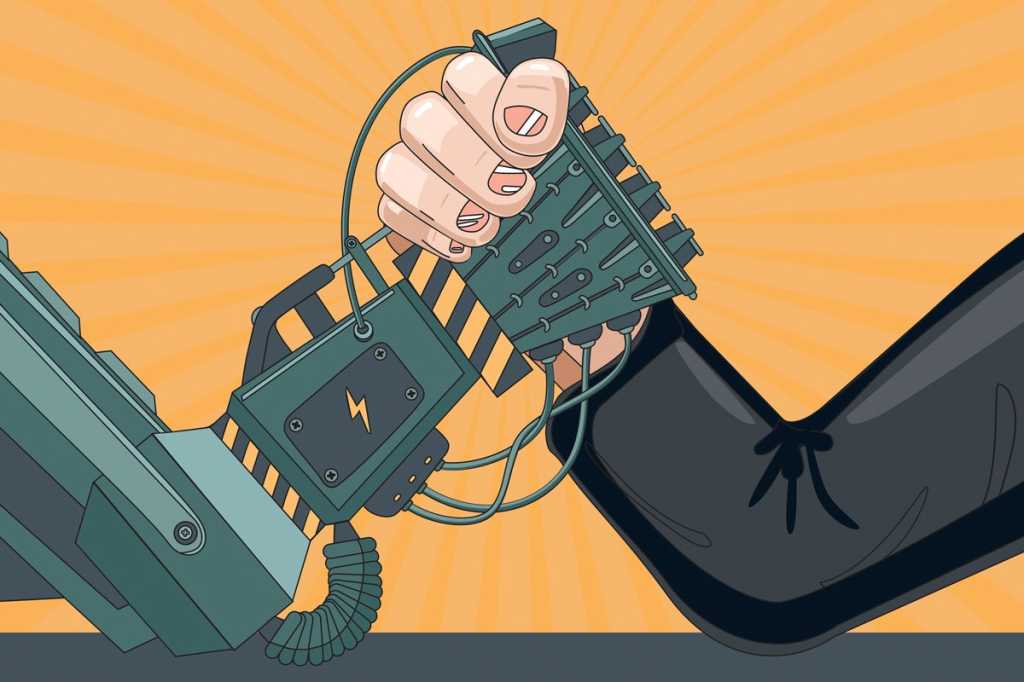 Fears of the rise of robots swooping in to steal jobs abound, stoked by the confluence of artificial intelligence, machine learning and other technologies that automate routine tasks traditionally performed by humans. The reality is that job replacement will happen more gradually than the media headlines suggest, and eventually AI will create more jobs than it eliminates, say Gartner researchers.

“I try to step back and wait for the boomerang because there always will be one,” says Gartner analyst Craig Roth, of the hype surrounding job cannibalization via automation. “Once it goes too far to one side, people wake up and realize, ‘you know, maybe it’s not that bad.'”

Make no mistake, AI and robotics will have a profound impact on the job market long term. As many as 39 to 73 million jobs will be usurped by automation, according to research McKinsey Global Institute released in November. Yet the consultancy also says that workers will perform new tasks or reskill as tasks become automated, leading to millions of new jobs. Gartner estimates that by 2020 AI will create more jobs than it eliminates — 2.3 million to 1.8 million. By 2025, job creation related to AI will top 2 million net-new jobs, including new positions of highly skilled, management and even the entry-level and low-skilled variety, Gartner says.

Such statistics contradict the panic-inducing headlines that millions of jobs will evaporate. One reason for this is that people tend to conflate job automation with automation of certain tasks, which is a much more accurate snapshot of the current corporate climate, Roth says. In other words, robots and other machines aren’t replacing humans outright, but sharing the workload.

Robots and humans making pizza together

Take a pizza business that employs robots to work alongside humans. Maybe the robots perform roughly 10 of 20 tasks it takes to build, bake and deliver a pizza, says Roth. In fact, such a business already exists in Zume Pizza, a Mountain View, Calif.-based startup that uses several robots to help humans assemble and bake pizzas.

Humans prepare and divide the pizza dough, put it into a dough press and then onto a moving assembly line. When orders come in, one robot applies sauce and another spreads the sauce before handing it off to a human to smooth out imperfections, says Zume CTO Josh Goldberg. The human worker then adds cheese and toppings, which requires fine-motor skills robots are, for now, largely incapable of. “Humans do it today because it’s a pretty highly skilled thing to do,” Goldberg says.

Another robot takes the finished pie and places it into a par-bake oven, which heats the pizza at 800 degrees to kill the active yeast in the dough before transferring it to trucks, Goldberg says. Beyond saving humans from burns, Zume’s value proposition is fresh, farm-to-oven ingredients and speed. Zume is using trucks equipped with “bake-on-the-way” technology that begins cooking pies shortly after they are ordered; the average delivery time is around 22 minutes.

Zume uses optical targeting and computer vision technology to inform the automation for the base robots, which are made by ABB, and has developed custom tooling to enable the robot’s manual operations. Roth says Zume offers a glimpse of the human-machine labor division typical today.

What the future of AI means for work

You can think of AI, robotics and even robotic process automation (RPA) as endowing humans with certain “superpowers,” enabling them to get more tasks accomplished in less time, Roth says. Gartner calls this “AI augmentation,” and posits that one in five workers engaged in mostly non-routine tasks will rely on AI to do a job by 2022.

The growing application of AI technology to automate tasks also means IT leaders must take into consideration what jobs will be lost, what jobs will be created, and how staff will collaborate and get work done. CIOs may have to reskill employees and reposition them for other services that provide greater value for customers, Roth says. Ultimately, CIOs must prepare their organizations for an automation boom that will trigger significant, though hard to quantify, changes.

To that end, Roth advises:

Bottom line: “If [CIOs] can sprinkle [AI and automation] in lightly and in a humanistic way over time, that will do a lot more for society than trying to solve the challenge at the societal level,” Roth says. “And if a CEO or CIO could convince their peers to follow suit, that will have the most impact.”