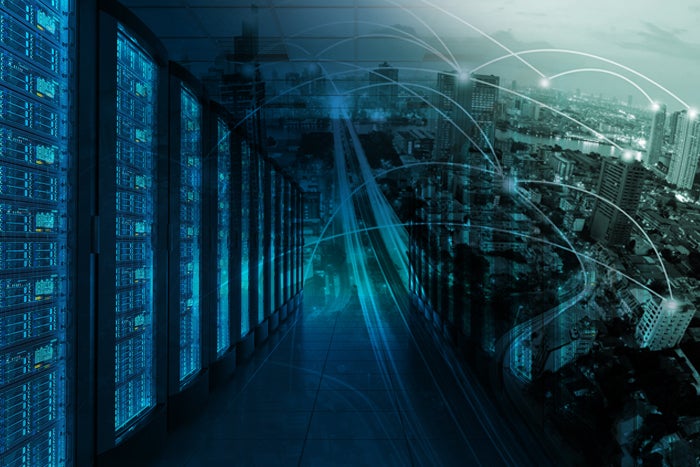 For many organizations, modernizing legacy IT is an essential first step toward digital transformation.

Enter Safelite Group as exhibit A. While exploring voice-based virtual assistants, chatbots, and other tools to better support customers on the go, the company discovered a hitch: The expected explosion in data generated by artificial intelligence (AI) and other emerging technologies would shatter the glass repair specialist’s legacy infrastructure.

“The organization is growing and there was concern that the technology was not keeping pace with that growth, and evolving with the new technology direction the company is going to take,” says Matthew Coy, Safelite head of infrastructure and operations.

So Coy, who joined Safelite in 2016, implemented a hybrid cloud designed to better serve digital services to 6 million consumers a year — and better position Safelite for a successful digital journey.

Cloud computing, internet of things (IoT), artificial intelligence (AI), advanced analytics are among the many technologies underpinning digital transformations that enable enterprises to better serve customers and bolster operational efficiency. Companies worldwide spent as much as $1.2 trillion on such technologies in 2017, and are on pace to shell out $2 trillion by 2020, according to IDC.

For many organizations, change agendas risk buckling under the weight of legacy infrastructure, as aging systems are often incapable of handling the data volume emerging technologies generate or supporting the business agility enterprises require.

Coy learned this lesson firsthand upon joining Safelite in 2016, when he inherited a highly siloed technical infrastructure and teams trained to maintain premises-based technologies. These included mainframes and AS/400 systems, IBM servers and storage running Oracle business software, an aged Cisco network infrastructure and a patchwork quilt of a firewall. None of those systems would support a technology profile that would position Safelite for growth, which could drive as much as a 100x boost in data growth for the company by 2020, Coy says.

“To fulfill corporate objectives, I needed to eliminate silos, modernize, be scalable and be seamlessly mobile between cloud and premises,” Coy says. Pressed for time by a C-suite anxious for change, Coy opted for a hybrid cloud capable of connecting to a public cloud.

Coy selected hyperconverged infrastructure, including compute and networking capabilities, from Cisco Systems and flash storage from NetApp. The combined solution, FlexPod SF, will enable Coy to move computing jobs seamlessly back and forth between Amazon Web Services. The flexibility to move between internal and external clouds is essential, he says, as the company determines which applications are more cost effective in-house or in a public cloud. “We won’t be 100 percent either way, but we know we’ll be very reliant on cloud and the ability to move between cloud and on-premises,” Coy says.

To manage these systems, Coy created a cloud infrastructure team to focus on AWS and software-as-a-service (SaaS) implementation, as well as a premises-based infrastructure team whose capabilities align with the compute, network and storage provided by the FlexPod SF system. The talent and technology support Safelite’s migration to agile and DevOps for more rapid software delivery, including APIs that connect to external digital services.

Safelite is also testing Amazon’s Alexa voice-based digital assistant for customer service. Should a homeowner see that their windshield is damaged in their driveway they might verbally prompt Alexa, via an Echo Dot, Kindle Fire tablet, smartphone or some other supporting device, to contact Safelite to order repair services.

The company is also experimenting with chatbots to enable consumers to contact Safelite via a virtual assistant, which they would engage by texting from their smartphones. Such a service, which Safelite could make available via Facebook Messenger, would be particularly handy for consumers who encounter trouble on the road or employees who exit work to find their windshield cracked. “When they see they need windshield replaced, we want them to transact easily and we want them to use Alexa or converse with a bot,” Coy says.

Safelite is also mulling a service that would allow a field technician to send a customer a text that, once opened, will provide technicians a “drop pin” to pinpoint customers’ vehicles in large office parking lots. Even so, the actual services Safelite ultimately launches have yet to be determined, Coy acknowledges. “Sometimes it’s not easy to articulate, but customers’ behaviors will show us what they want,” Coy says.

Whether purchased as a vendor service or built internally, those services will be fueled by AI, IoT or machine learning technology, whose value will, in theory, improve as the systems process more transactions and collect more data. More data could improve algorithms, boosting the potential for analyzing patterns about customers and operations. But the data glut will also require a heftier infrastructure. Hence Coy’s move to the hybrid cloud.

“We need to be scalable and flexible and operational in the cloud and on-premises,” Coy says.