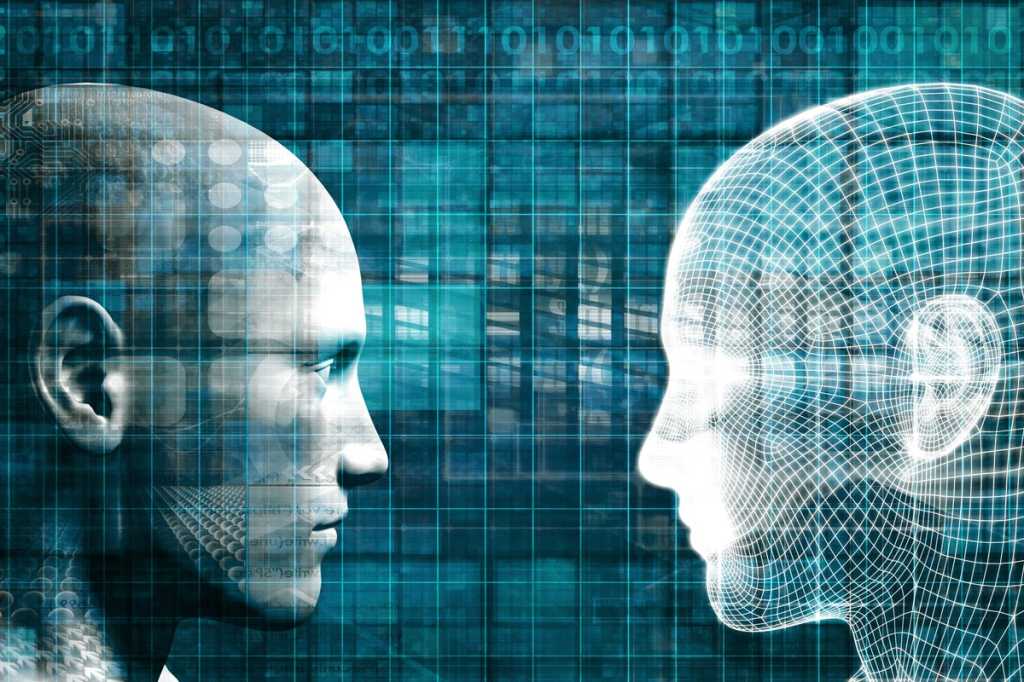 Artificial intelligence and machine learning are eating up workloads at IT help desks, in cybersecurity, and other IT tasks, stirring significant concern over the long-term impact AI will have on jobs — even in the IT industry.

And the concern isn’t unfounded. According to a recent report from Tata Consulting Services, in 12 out of the 13 major industry verticals, IT is the most frequent user of AI, with more than 46 percent of IT organizations at large corporations incorporating AI into their work portfolios.

But that doesn’t mean IT jobs are about to go the way of telephone switchboard operators. Instead, the day-to-day activities of enterprise technology professionals will evolve alongside AI and new skills may be required.

This is already happening at U.K.-based InterContinental Hotels Group, which includes Crowne Plaza, Holiday Inn, and several other hotel chains.

[ Don’t get caught in a dead end. Read The working dead: IT jobs bound for extension. | Keep ahead of the hot trends in IT careers (and those going cold), and check out the hottest jobs in IT and the most valuable IT certs today. | Get the latest IT careers insights by signing up for our newsletter. ]

Two years ago, when Scot Whigham, the company’s director of global IT service support, came on board, IHG had 35 people working in first- and second-tier tech support, helping hotel employees and corporate staff deal with problems with reservations and other back-end systems, as well as general hardware and software issues.

The staff had difficulty keeping up with the round-the-clock needs of the company and handling emergencies, says Whigham.So, in early 2016, the company launched a major transformation to provide better self-service options, and to be able to scale up when needed.

“AI was part of our transformation strategy,” he says.

The company did not lay off staff. Instead, it increased headcount from 35 to 115. However, without the platform, IHG would have had to hire an additional 120 agents to fill demand, says Whigham.

“Our metrics are much improved over what we had before we started,” he says. “And our usage of the self-help and the AI platform has increased tremendously.”

IHG’s experience provides a glimpse of AI’s future impact on IT work, one in which productivity is enhanced and new career opportunities open up, but with some caveats on the types of tasks and roles that may no longer be necessary for humans to complete in the future.

Unlike most chatbots, Amelia doesn’t just work from a canned list of questions and answers, he says. “I can have a conversation with her, and she understands the intent of the conversation, and also learns from that conversation,” he says. “If she can’t answer your question or resolve your request, she will transfer it to a live human agent — and stay in that conversation, observe the exchange that takes place, and learn from it.”

Amelia can follow the thread of a conversation and pick up on a question after a long gap.

“If you had a life-change event and needed to update your insurance, and you had to get off the phone to do something else, she can pick that conversation back up the next time you come back,” he says. “Even a year later.”

With Amelia handling this “zero tier” support, humans can focus on more difficult issues and unusual situations. Some have also begun transitioning to roles where, instead of responding to calls, they are monitoring Amelia and training her.

“We’re leveraging their expertise in the soft skills and hard skills in technical support,” says Whigham, who hasn’t seen pushback from staff concerned about training robots that will eventually take their jobs.

“They embraced it,” he says. “It became the go-to place — everyone wanted to join. My skills are going to increase; this is the direction things are going.”

To get the employees up to speed on the new technology, IHG sent them to training from IPSoft, as well as that provided by other vendors, including IBM.

But the company has decided against developing its own AI technology from scratch, he says.

“If you are not in the AI or cognitive industry, you shouldn’t be trying to build a cognitive strategy,” he says. “I’ve seen other organizations try to get involved with it, and they seem to be overwhelmed. You should have a business strategy that this technology is just a part of.”

For IT pros, AI technologies present significant opportunities. By becoming expert at deploying AI technology for maximum business value, and integrating it with other tools and services, new career paths will open up. But even at a rudimentary level, AI will free up IT pros for higher-value tasks by taking over repetitive work.

“I wouldn’t use it to automate a person’s job per se, but make something better,” says Mike Fitzmaurice, VP of workflow technology at Nintex Group.

AI is particularly good at massively repeatable tasks, he says.

“At huge amounts of scale, people get tired and are terrible at pattern recognition,” he says. “Any kind of repetitive task, even if it looks creative, if it’s pattern based, it could be something AI could do.”

Nintex, for example, is adding third-party AI components, such as Microsoft’s sentiment analysis service, to its workflow automation offering. This allows companies that are not necessarily expert in AI to add these capabilities to a wide variety of routine tasks.

“In earlier years it was a specialty thing that only people with a lot of knowledge and scale and resources could do,” he says. “That’s not true anymore. AI is for everybody; you just need to know where to look. I think 2018 is the year when AI becomes something we can all use if we have the foresight and motivation and vision to use it.”

According to Gartner, by 2019, more than 10 percent of IT hires in customer service will mostly write scripts for bot interactions, and, by 2020, 20 percent of companies will dedicate workers to monitor and guide neural networks.

Some companies will also benefit from a more in-depth use of artificial intelligence, which could require training beyond that offered by bootcamps or vendors.

But there is a lack of AI talent, compared to demand, she says.

Another challenge is diversity and cognitive bias.

“There is a lack of women representation in AI,” she says. “We need ethical controls and tools for bias mitigation within the datasets and algorithms.”

She expects to see exceptional growth in the use of AI in the next few decades, allowing for more natural language use, larger data sets processed in real time, and more connections between systems.

AI developers will also focus on enhancing the human experience, she says. “For example, having AI that can talk, see, respond or proactively provide recommendations, while augmenting human abilities.”

For most firms, using products from Google, Microsoft, IBM and other vendors makes more sense than, say, building their own translation engines, chatbots, or image recognition systems.

“But companies also need to be looking at what their unique differentiation is, and see if AI can be applied,” says Bruce Molloy, CEO of Springboard.ai. “If they have to do with, for instance, product manufacturing, there could be a lot of insights that could give these companies an advantage into creating these products.”

There are possibilities for AI-powered companies, business models, and products and services that didn’t exist before, he says.

There’s also a defensive aspect, as well, he added, since AI powerhouses like Amazon have made it clear that they’re targeting many sectors that are ripe for transformation, such as, for example, retail sales and food delivery.

“This is their strategy,” he says.

Google and Tesla are other examples of companies using new technologies to challenge incumbents in a wide variety of industries, says Gregg Gordon, VP of the data science program group at Kronos.

“For companies that are slow to change, they will first feel the slow drain of profitability that comes from running less efficient operations than others,” he says. “They will then continue to ignore trends but react to the financial pressure caused by those inefficiencies in the form of cost-cutting. This will only accelerate them toward their demise. These companies have confused underinvesting with operational efficiency.”

But the threat isn’t just from the brand-name AI leaders.

Gartner predicts that, by 2019, startups will overtake Amazon, Google, IBM and Microsoft in driving the AI economy with disruptive business solutions, and AI platform services will cannibalize revenues for 30 percent of market-leading companies.

For companies that take advantage of the new technologies, AI can free IT pros from routine tasks. Those people can now shift to higher-value activities, which may also require additional training.

According to the TCS report, 80 percent of executives surveyed are currently investing in AI, and almost 100 percent plan to do so by 2020.

Future-proofing your IT career for the AI era

Experts recommend that IT pros looking to future-proof their careers should broaden their skill sets to include business or communication skills, growth areas like cybersecurity, or develop deeper industry expertise.

In cybersecurity, for example, there are about two million jobs that are going to go unfilled in the next few years, says Ian Doyle, executive security advisor for the U.S. federal government at IBM.

But AI is going to be a big component of cybersecurity, since the technology can help make security professionals more effective.

IBM recently conducted a survey to find out what the federal government is thinking about AI, and about half want to be leaders, and half want to be followers — but there was almost unanimous interest in using AI for cybersecurity.

“We’re going to try to incorporate more AI in what we do, but for the typical developer, the idea that the job will be majorly changed in the near future, that is absolutely false,” he says. “I think things are actually a little bit hyped in some ways. I’m not saying that there aren’t going to be a lot of transformations, but there’s a lot of hype and embellishment in this realm.”

Maybe in 100 years, AI systems will be creating new applications from scratch and taking over all other IT functions, he says.

According to McKinsey, AI could help create 20 to 50 million new jobs globally in both in-house IT workers and external or outsourced tech consulting jobs.

Some traditional IT jobs might go away, experts say, but the culprit won’t be artificial intelligence — at least, not yet.

“A number of factors are increasing productivity,” he says.

Take for example, CRM systems. Companies used to do CRM in-house, or with on-premises software. As they switched to Salesforce, all the in-house CRM-related support and administration jobs disappeared.

Many companies are still running legacy systems, systems that still work and that the companies have invested heavily in.

“But at a certain point, it collapses under its own weight,” Rao says. “Either the business goes broke, or they decide to start over with a fresh infrastructure. And the cost of packing up and starting something brand new has been decreasing substantially. It’s just a matter of time before they’re forced to upgrade.”

Is it all just hype?

With all the news reports recent advances in speech recognition, language translation, image processing, pattern recognition, and, of course, self-driving cars, many people are predicting an AI-powered cataclysm where humans become obsolete.

“People claim the world will be transformed overnight,” says Rao. “I don’t think that’s happening. At the same time, it’s not just all made-up vapor ware and will all just die down. It’s somewhere in between.”

Manual, repetitive, and routine tasks will be automated, he says. “And when all of those things are automated, you want to be in place where you can add value.”