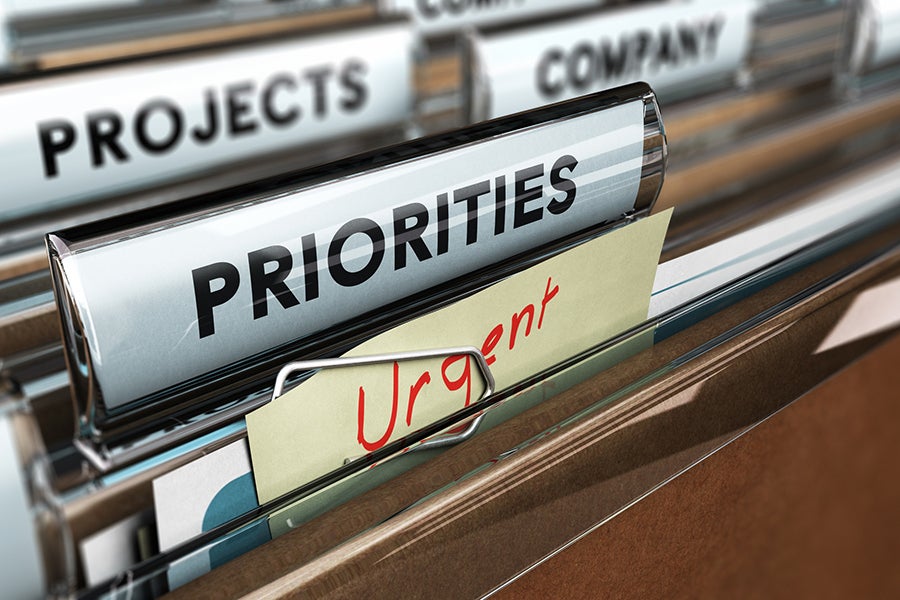 Growth tops the list of business priorities reported by CIOs for 2018, according to Gartner’s 2018 CIO Agenda Report. The results mirror the analyst’s prior 2017 CEO Survey, in which 58 percent of respondents identified growth as their top priority.

After polling some 2,615 IT leaders on their organization, one out of four  (26 percent) lists growth/market share as the prime objective for 2018. Other key priorities include digital business/digital transformation (cited by 17 percent), profit improvements, and innovation/new products (each cited by 10 percent). Reinforcing the increasing emphasis on top-line growth, there is less focus on cost reductions and operational efficiency (each cited by 6 percent).

To propel this growth, companies around the globe are boosting their IT investments anywhere between two and five percent, depending on geography and context. With breaches being on the rise everywhere, some of these additional funds might be leveraged to mitigate risks, since basically all CIOs (95 percent) consistently expect cyber-threats to rise and affect their organization.

As the CIO role expands, CIOs are being challenged to boost digital business by using IT strategically to deliver both economies of scale and scope. But current opportunities reached their apex long ago. They’re on their way down, and those who wish to take advantage of this trend may have to boldly “jump the curve” and reconfigure their existing business models to launch new product lifecycles.

While some digital initiatives are cautiously being scaled up, many CIOs are still resistant they, or their organization, is wary of significant cultural change. Almost half of this year’s survey respondents cited this as their biggest barrier. Indeed, mastering cultural transformation is often far more complex and difficult than initially anticipated. Changing behavioral patterns, attitudes and mindsets that have been instilled over decades is a huge effort that realistically takes many years.

To zealously grab market share and earn the desired digital revenues, CIOs are leveraging emerging technology aiming to build new capabilities and sources of differentiation. In this regard, artificial intelligence (cited by an overwhelming 47 percent), cyber-security (cited by 26 percent), and the Internet of Things (cited by 25 percent) are seen as the most pressing pain points, according to CIO respondents who have implemented them. What all of them have in common is the need for additional skills, which are hard to find, especially when it comes to AI.

However, success in the digital era will not only depend upon how smart services have been designed, but, even more importantly, on how seamlessly they integrate into the existing landscape. The IT organization will move from producer to purchaser, and the CIO will evolve from operating to orchestrating the IT value chain.

The CIO role is changing — in an invigorating way

The CIO’s goals and objectives can be another potential barrier. The survey indicates that 84 percent of CIOs at top-performing organizations oversee business units beyond traditional IT, particularly innovation and transformation. These changing responsibilities are also shifting how CIO success is measured in terms of IT delivery and more business-oriented metrics. This trend makes the job more attractive, but also more demanding.

Attracting a Millennial workforce, shifting from cost savings to top-line growth, buying IT and managing strategic ecosystems vs. operating in-house IT, are just a few examples from the long list of significant changes. It’s paramount that CIOs understand the implications resulting from the above and use Marshal Goldsmith’s “what got you here won’t get you there” analogy to upgrade their arsenals and keep pace with the changing requirements. CIOs have to transform themselves. This is more than a saying; it’s time to walk the talk.

Flourishing as a digital champion, delivering growth and producing new streams of revenues will comprise the CIO’s key mission for 2018, and perhaps even far beyond. The funny thing is, despite all the enthusiasm about digital, it largely remains a people business. Admittedly, this is less true in operations, thanks to higher efficiency though standardization and automation, but surely when it comes to conceptualizing business models, evaluating new technology, developing apps, interacting with customers, and so on. Hence, the success of the mission greatly depends upon finding, motivating and retaining talent — something digital has in common with previous waves of industrialization.

However, unlike IT systems, there is no such thing as a simple “reset button” for human beings. While this is terribly obvious, it’s often underestimated. To succeed in the digital era, business leaders must focus on “what needs to be changed” in terms of business strategies, targeting new customer segments or introducing new products and services to the marketplace. But it’s equally important to focus on the “how do we make it happen?” part of the equation. This is particularly true in established organizations that have cultivated and honed their routines over decades.

To personally evolve as a CIO and master the digital journey, it might help to draw a target picture of required characteristics and desired outcomes to determine what you need to start doing, what you need to quit, and what you need to change. Attaching a metric to each activity will help you know determine whether things are on track or need further adjustment.