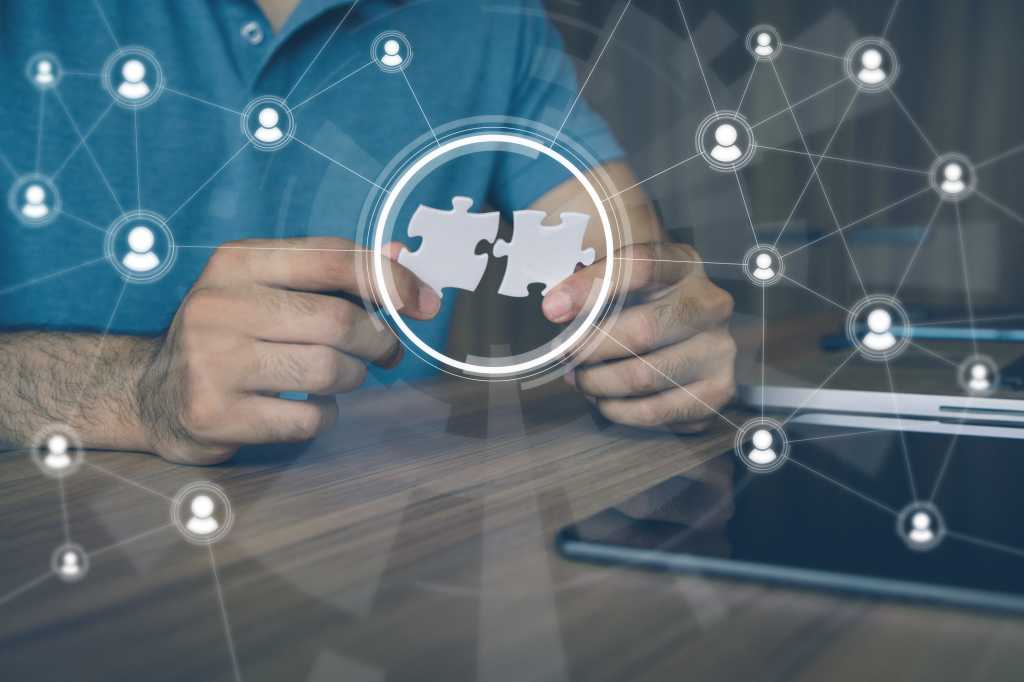 Modern business is in many ways defined by the entities and individuals that hold the keys to the kingdom.  These so-called gatekeepers have an effective stranglehold on the data and information they collect, giving them an unmitigated edge when it comes to exercising their advantages over competitors and newer entrants.  Overwhelmingly though, the bigger problem is that it concentrates these sources of power within the hands of just a few key players instead of sharing power in a way that benefits all stakeholders in an economy.

By keeping this massive influence for themselves, these players effectively act as toll booths across industries, creating inefficiencies that present attractive monetization opportunities for the toll collectors at the expense of other stakeholders.  In an age where information is power, ending this form of dominance and redistributing the associated information effectively empowers users instead of the gatekeepers.  Apart from helping all stakeholders reap the rewards, a shift in attitude could effectively diminish the provenance these established power centers currently exercise.

Although still a nascent technology, blockchain has already shown that its disruptive influences can extend far beyond its original intention to support a new, more secure payment network.  While blockchain was the solution that broke down cross-border transactional barriers, it can have the same revolutionary impact on data storage and transfer, helping build bigger, more collaborative communities.

One prominent example of this advance has been the introduction of numerous STEM platforms being built on blockchain.  Apart from helping users gain credit for their ideas, these ecosystems are perfectly designed to improve cooperation all while effectively sharing knowledge in a credible format.  Looking at the underlying nature of blockchain, it is a network that derives power from participation, placing greater emphasis on stakeholders, no matter their scale or size.  Furthermore, many of these blockchain-based solutions, especially those with tokens that are used to purchase goods and services, act as their own microeconomies which effectively close the entire cycle.  This keeps value flowing through the ecosystem between stakeholders instead of being extracted by gatekeepers.

Promoting sharing instead of concentration

Spreading knowledge is just one strong example of blockchains numerous benefits, but the idea of giving back control to users, and more importantly their data, is a significant area being advanced by these emerging platforms. Decentralization has been touted for its benefits in the cyber security sphere, specifically because a distributed network with many disparate network nodes is much harder to effectively attack and hack. Even from a perspective of hosting websites and accelerating traffic, companies like Gladius are helping companies find more attractive ways of lightening their loads and reducing costs. Because blockchain-based systems are highly effective for harnessing and distributing resources efficiently, it makes it a perfect avenue for data collection and storage as well.

Right now, an enormous amount of user data is predominantly kept in the hands of a few major marketing hubs like Google and Facebook which endlessly mine and monetize this information.  However, the feasibility of these extreme examples of gatekeepers maintaining their hegemony indefinitely is changing amid the greater embrace of blockchain-based technology solutions.  With individuals browsing the internet increasingly exercising greater control over their own personal data, they now can play a larger role in how data is shared, who with, and at what cost.  This also trickles down to gatekeepers of significant amounts of information in the recruitment space as well.

While in the past, hubs like LinkedIn were less reluctant to share information, their decision to cut off API access meant that ancillary businesses built up around this data were suddenly shut out from the vast troves of valuable information.  LinkedIn, like other competitors, view this information as the lifeblood of their business, and therefore go to great lengths to ensure that even users themselves will have difficulty sharing and transferring their own information across platforms.  However, platforms like Dock.io are showing that the role of gatekeepers can be greatly reduced while still enabling the entrenched interests to maintain access.  This platform effectively gathers and hosts professional data profile in one place that is validated by third parties to ensure its veracity, creating a greater sense of trust across the entire community.

Disintermediation at its finest

While many blockchain-based platforms are intended to return power to the people, it does not necessarily imply that gatekeepers will have no role in the future, but rather just more of a limited footprint.  Furthermore, it will force them to reconsider their roles and how they contribute back to the value chain instead of merely extracting value from it that is not replaced.  The biggest benefit though, is greater competition for participation, which may invariably force major power brokers to reduce their fees to remain relevant to all stakeholders.

Furthermore, it will force these entities to play a larger role in the value chain.  If companies like Google are forced to show better results instead of merely collecting for simply opening the doors for advertisers, a more symbiotic picture can emerge.  The face of disintermediation pushed by blockchain has the ability to challenge many entrenched interests, a development that will ultimately force greater innovation, and moreover, a view past the need for brokers to control the flow of goods, services, and information.