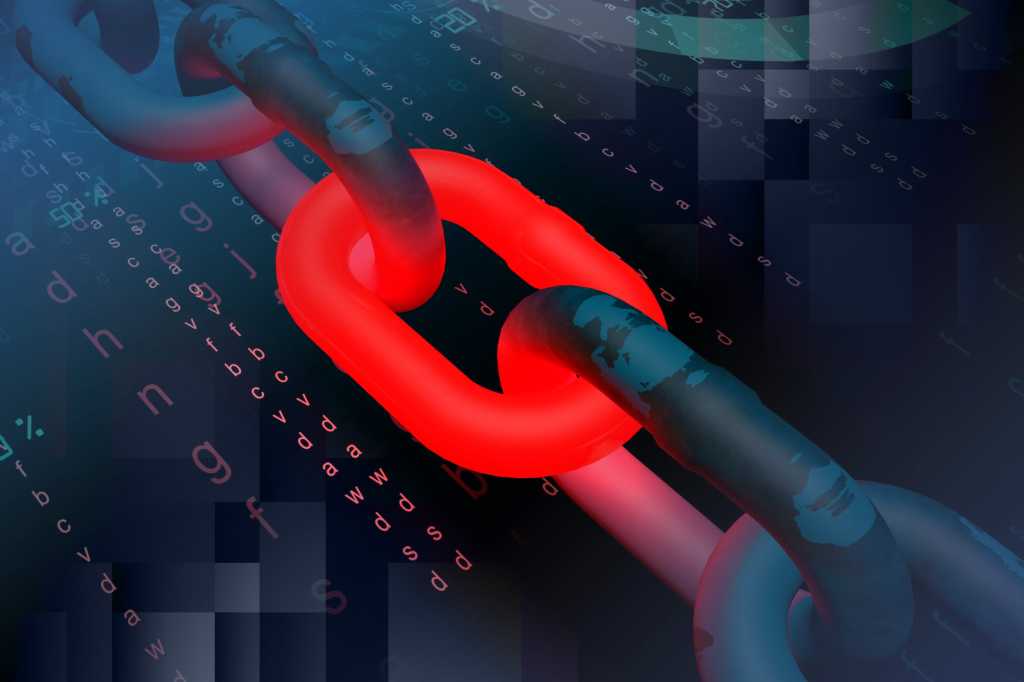 For all the hype, blockchain has yet to go mainstream in the enterprise. But that is gradually changing as the technology’s reputation for trusted transactions grows among IT leaders.

Blockchain is a shared digital ledger for recording transactions. Each transaction among the blockchain network’s participants is stored in a record known as a block that is digitally signed to ensure authenticity and create consensus about the state of transactions. CIOs are intrigued by blockchain’s ability to scale digital trust across businesses.

For example, every stakeholder in a blockchain-supported supply-chain network receives a copy of the existing authenticated ledger. If an event impacts the supply chain, every party can be assured that what the digital ledger says happened actually happened.

Enterprises are placing a premium on digital technologies that ensure digital trust. While only 3 percent of CIOs are operating a blockchain today, 60 percent of CIOs expect to adopt blockchain technologies in the next three years, according to Gartner’s 2019 CIO Agenda Survey. By 2023, blockchain will be poised for mainstream adoption en route to generating $3.1 trillion in new business value by 2030, according to Gartner analyst David Furlonger.

“CIOs are under pressure to help guide decisions as to if and how blockchain can be implemented in their enterprises,” Furlonger wrote in a research brief. “Organizations that have laid the groundwork to utilize and implement the technology will be in a better position to differentiate and more effectively compete in their markets and regions.”

Here’s how some companies are exploring blockchain’s potential.

Tracking seafood from ocean to table

Mastercard has cast its broad net into the burgeoning market for trust-based supply chain solutions. In a new alliance, startup Envisible is using Mastercard’s blockchain software to source seafood from ocean to plate.

The track-and-trace effort comes at a time when more consumers are demanding transparency about the food they consume, even as global supply chains grow increasingly complex, says Deborah Barta, Mastercard’s senior vice president of innovation and startup engagement. “Consumers want to align their products with their core values and have that light shining on their products’ journey,” Barta says.

Through the alliance, Envisible’s supermarket partners will be able to trace the origin of seafood, providing greater visibility into ethical sourcing and environmental compliance of seafood they sell in their grocery stores. The solution will also, for example, help neutralize bad actors looking to profit from selling counterfeit products.

Shrimp will be the first of several species Envisible tracks with Mastercard’s blockchain software, which is integrated with and enjoys the same performance, resilience, availability and security of the company’s global payments network. “All of the core tenets of our payments are married into this network,” Barta says, adding that the blockchain software processes more than 25,000 transactions per second.

“With drastic changes occurring in the environment and food ecosystems, visibility into the food we eat is no longer a ‘nice to have’ but a ‘must have,’” Envisible partner Mark Kaplan said in a statement, adding that grocers will also be able to pinpoint issues in the food chain during recalls.

Mastercard, which demonstrate its blockchain software at the Money20/20 conference in Las Vegas this week, plans to extend its solution to designer wear, luxury goods and other retail markets.

Ricoh, the $17 billion maker of printers, copiers and other office solutions, is exploring how to use blockchain to support its supply chain and leasing processes, says Ricoh CIO Kris Rao.

Today Ricoh salespeople book an order, triggering several actions in the linked system of engagement and supply chain. Manifests are generated, copiers are shipped via UPS. Ricoh’s ERP system kicks in, sending an invoice to the buyer. That’s the shorthand description of a process that generates several other manifests and includes several more steps.

Rao says Ricoh is mulling how blockchain — specifically the open source Hyperledger Fabric and ecosystem — can centralize the entire ordering, fulfillment and payment process. Ideally, Ricoh could reduce or eliminate back-office costs by moving to the blockchain. Rao says that he believes that customers will require Hyperledger to facilitate more efficient transactions.

However, wide-scale adoption of blockchain faces several hurdles, Furlonger notes. Established laws may still need to be revised or put in place to accommodate blockchain use cases. “The technology also lacks legal, tax and accounting frameworks, native interoperability and scalability, and limited or inadequate governance models and standards,” Furlonger says.

Rao adds, “We’re currently looking at this technology, as we believe it’s important to address customers’ needs and planning for future technologies.”

Roughly 1.2 billion women worldwide don’t have an official identity, including a name or date of birth, which makes them easy targets for human trafficking, Riazi said. And in some countries, underage children are doing work they shouldn’t be doing as minors. In addition to upholding child labor laws, blockchain might also curb incidents in which minors accused of a crime are tried as adults because they cannot prove their age.

Using a blockchain application to verify human identity, the UN could make it easier for authorities to identify people, preventing exploitation and crimes against women and children.

Riazi is also exploring how the UN can use blockchain to prove the provenance of medicines it ships worldwide. This will help prove that people are getting the proper pharmaceuticals for their illnesses. “Supply chain is one of the key areas we look at when it comes to app of blockchain,” Riazi said.

Ultimately, Riazi sees blockchain as one of the most disruptive technologies CIOs can tap. “This disruption is real, because why do we need Uber when we can do peer-to-peer [payments]? Why do we need a bank when I can transfer money directly?” Riazi says. “It is the future and it’s here, and some companies and industries may not like it but hopefully they will reinvent themselves.”

United Parcel Service has a team dedicated to exploring blockchain’s impact on chain of custody in the supply chain, says Linda Weakland, director of enterprise architecture and innovation at UPS. Weakland sees great potential for blockchain in automating the myriad manual processes that comprise customs brokerage. Such a system could help UPS “modernize the whole practice and clear goods much quicker than we do.” Blockchain would also improve transaction accuracy and reduce costs for physical assets, such as shipping containers.

But to unlock blockchain’s potential, it must be adopted across the entire supply chain. To that end, UPS in November joined the Blockchain in Trucking Alliance (BiTA), which is developing blockchain standards for the freight industry. Weakland says such standards could help UPS and its partners share data across blockchains, which is currently difficult to do. “With BiTA we’re going to be able to get more standards to make the blockchain more useful than it is today,” Weakland says.

UPS sees blockchain as an integral part of its evolving Smart Logistics Network, which also includes other emerging technologies such as internet of things, robotics, artificial intelligence and machine learning, Weakland says.

The logistics giant is exploring blockchain for commercial interests as well. In March, UPS inked a deal with Inxeption to help businesses set up, sell and ship products online using the ecommerce company’s blockchain technology, which ensures that sensitive information such as contract-specific pricing and negotiated rates are only shared between the buyer and seller.

Blockchain poses almost as many challenges as opportunities for financial service companies such as TD Ameritrade, where CIO Sankaran has allocated a dedicated team to explore how to use hyperledger technologies. Sankaran believes blockchain will shrink windows for asset clearance, automating in minutes or seconds what use to take days. Trading files across a multitude of partners will also become much crisper and cleaner, reducing manual, paper-based processes.

TD Ameritrade’s first main test case is facilitating money transfers between its brokerage service and its TD Bank affiliate in near real time. “It’s a template to continue to work with other institutions to do money movement and account setup much more quickly,” Sankaran says. Other potential enterprise uses for blockchain include information sharing between clients; proxy voting, which typically requires a lot of paper; and replacing credit cards in micropayments. Ultimately, financial settlement is going to be the most interesting use case over time, Sankaran says, reducing time and transaction fees that have bedeviled the industry.

The online broker is testing several hyperledger technologies, including Ethereum, R3 Corda and JP Morgan’s Quorum. “It really has to be an enterprise-grade platform to manage security, privileges, and it must scale and perform well,” Sankaran says.

Even so, Sankaran must hedge his bets against the uncertainty around hyperledger technologies, which have a Wild West aura akin to the early days of emerging technology distributions such as Linux, he says. “The problem is picking an underlying platform knowing that you may need to throw it out because it doesn’t provide the most value,” Sankaran says, adding that he is watching what vendors TD Ameritrade aligns with are doing in the space.

Sankaran anticipates significant consolidation, with larger players acquiring blockchain distributions, forcing tidal shifts in the industry. And he says he’s proceeding with full awareness that “we may have to change horses at some point in time.”

“I think in 2018 and 2019, blockchain will cross the chasm and move from experimental use case to mainstream in financial services and other industries,” Sankaran says. “Blockchain is one of those things where it’s going to be more of a competitive advantage over time.”