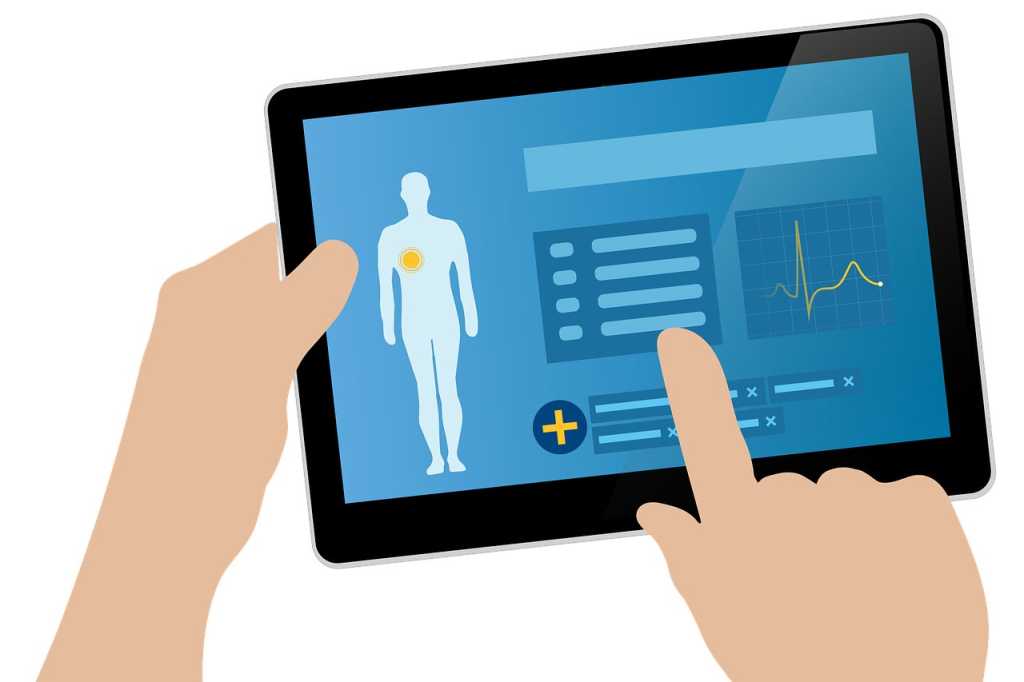 For some companies, digital transformation (DX) might stem from a new mobile application or deployment that increases the efficiency of a field-based sales team or results in improved customer interactivity. That was the case at Waste Management, the largest provider of waste and refuse collection services in North America, where customers can use their smartphones and other mobile devices to schedule trash pickups and take an active role in the company’s business operations.

Other companies, such as Waterton Associates, a Chicago-based real estate investment and property management company, take a more people-oriented approach to DX by establishing an innovation lab that fosters companywide creativity and collaboration. The company also uses crowdsourcing digital tools that eliminate the barriers of distance or professional hierarchies by getting everyone involved in the process of coming up with new ways to streamline or expand the business.

Digital transformation in the healthcare industry

Being a “DX DJ” is a bit more complicated when you’re queuing up changes in a highly regulated industry such as healthcare and routinely deal with rules and regulations that often seem to put serial innovation on the backburner in favor of the status quo.

It gets tougher and tougher every year when you’re dealing with regulations, HIPPA compliance, complicated programs such as Medicare, and a board that gets involved in absolutely every aspect of the business from a governance standpoint, notes Doug Blackwell, senior vice president and CIO at Horizon Blue Cross Blue Shield (BCBS) of New Jersey.

“You’re trying to be innovative and move the business forward by creating new technology-based capabilities. But, a lot of times, you’re just trying to deal with the security concerns and compliance,” he says

Blackwell, a Boston native, joined the company in 2011 and is responsible for all aspects of IT, including the planning, development, and delivery of all applications and infrastructure, as well as system and technology operations. The default mindset is to keep things moving forward with an emphasis on incremental changes that don’t rock the boat and keep operations on an even keel.

That’s not a bad strategy in healthcare, but it’s also not a plan that typically results in significant transformational growth and change.

“Transformation to me is really when you go beyond the incremental,” Blackwell says. “It impacts the way people are either behaving or working with one another and is very unlike the traditional approach.”

Does that mean Blackwell is a rule-bending maverick who prefers going against the grain to get things done? Not really. Prior to joining Horizon, Blackwell held a number of senior IT positions in the financial service, insurance, and software sectors, so he knows the sometimes subtle intricacies of IT-business relations. In short, he knows how to play the game.

Blackwell and his team started rolling out the first phase of Horizon’s digital transformation strategy last year by launching pilot web and mobile services that improve the member experience and make it easier for participants to understand their benefits. These services detail which doctors are available, explain how much services will cost, and let a patient schedule a visit.

The Phase 1 rollout lets individuals take a more active role in the administrative nuances of medical care, which really isn’t anything new. In fact, it is quickly becoming virtual business as usual for users who routinely use their smartphones or mobile devices to order pizzas, groceries, or a ride across town and prefer the same “tap and swipe” convenience for medical services.

During the first phase, Horizon also adopted a full agile development and methodology, which included assigning a product owner for the digital platform —something the hospital IT department never did before. The insurance provider also revamped the physical space for the digital team, creating an open environment with no walls or barriers.

“People aren’t able to hide behind a cubicle or office wall,” Blackwell says. “We also provided a variety communications and collaboration tool, like JIRA, to support the unstructured and open environment.

The doctor is (virtually) in

Phase 2, which is coming this year, will extend that bubble of technology and collaboration by providing customers with more direct access to doctors and nurses. Basically, it will allow users to go beyond benefits, co-pays, and out-of-pocket expense snapshots to interact directly with healthcare professionals.

For example, Blackwell explains, if someone has a rash and wants to know if it is something serious, they can use their mobile device to connect with a nurse practitioner and engage in virtual triage via a videoconference session. If it is bad, an in-office or hospital visit can be scheduled. If it is something minor, such as poison ivy, then the issue might be solved during the interactive session — all at a lower cost or no cost to the patient.

“We’re able to take care of it right away without having to go through a process of scheduling an appointment, waiting three or four days or a week to get that appointment, having the doctor see you, and getting a prescription sent out,” Blackwell says.

To keep the momentum going, Blackwell and his team rely on BCBS members and internal groups to test new solutions — taking a real-world crowdsourcing approach to trying and shaking down new technology solutions.

How does Blackwell see the technology evolving over time? While the tele-triage system and front end of the member portal incorporate a lot of decision-making software, plans are to eventually employ elements of artificial intelligence and machine learning to make the software even more intuitive and predictive, he says.

What suggestions does the Horizon IT chief have for other healthcare providers looking to go down the digital transformation path?

Being patient about emerging tech (no pun intended) is key, Blackwell says. People in the industry are talking about the use of blockchain right now, he says, and it is something that will start to surface in applications over the next couple of years. “But, it may take several years to make universal use of the technology.”

Tim Scannell is Vice President of Strategic Content for the CIO Executive Council/IDC, a global community of IT leaders and influencers whose mission is to advance the profession, provide direction and resources to current leaders, and guide and mentor future IT executives through a range of integrated products and services.  He has more than 40 years of experience as a writer, editor and market analyst in the computer industry and is a frequent speaker on technology and strategic topics.

Prior to joining the Council, Scannell was the Editorial Director at the TechnologyGuide Media Group, a division of TechTarget, Inc., where he managed the activities of seven technology news and review Web sites and coordinated a worldwide editorial and freelance staff. He was also the founder of Shoreline Research, a consulting and market research and information services company; and a Managing Director at 2in10, Ltd., a Scotland-based strategic business services and venture management company specializing in product positioning and channel marketing. Scannell was also a member of the core start-up team of SOFTBANK Corp.'s U.S. division, and Editorial Director of its U.S. and Japanese operations for more than a decade.