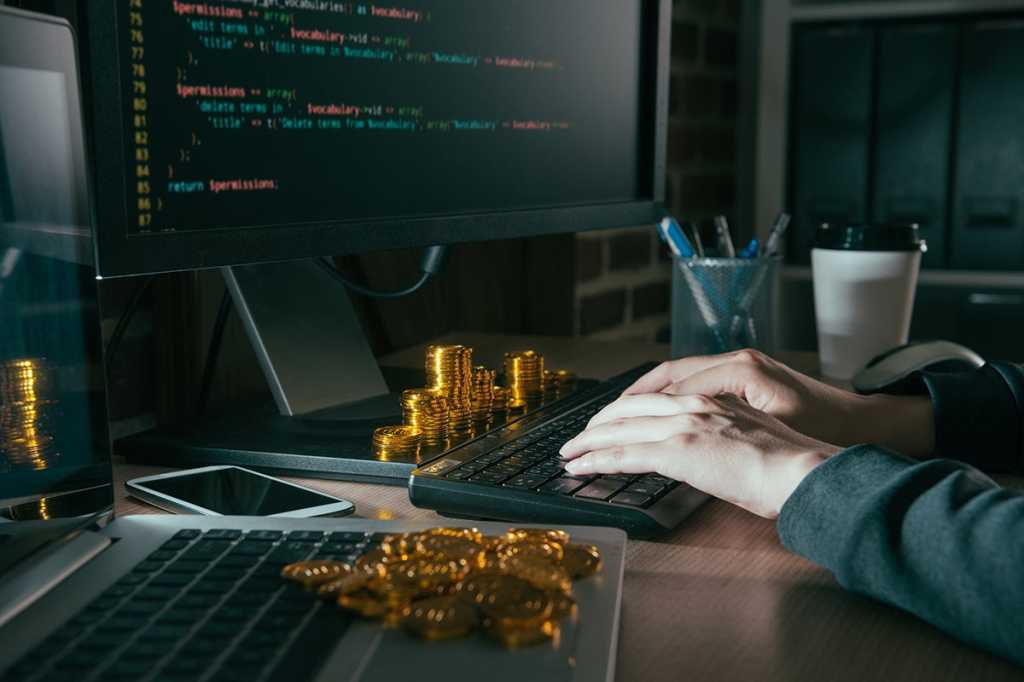 Despite their soaring popularity in recent years, cryptocurrencies remain a novelty in the eyes of many consumers. Even as more companies exploit blockchain to build innovative and exciting solutions, the mainstream has remained largely on the sidelines. Nevertheless, blockchain-based companies continue to display their impressive potential, and larger enterprises have taken note. Many are even dipping their toes into the water.

The financial industry was one of the first to embrace blockchain and cryptocurrencies to expedite business-to-business transactions and create a more transparent payments system. Others, like logistics, construction, and IoT-related businesses, have also integrated blockchain to improve their existing infrastructure. However, the technology has yet to make a major splash in the consumer market, though that status quo may be on the verge of change.

Thanks to new applications, especially in virtual and augmented reality sectors due to their parallelism with blockchain’s potential, household names in the private sector appear more willing than ever to join the fray. The VR sector is a source of enormous opportunity because of its myriad applications like entertainment, social media, and even the sharing of academic research. Growing adoption will lend legitimacy to the industry while spurring an influx of cash, ideas, and talent that could push the technology further into mainstream applications. With VR leading the way, the broader public may finally get a real taste of blockchain’s true potential.

VR is an ideal entry point for blockchain

The VR market has been slower to take off than most market observers predicted, but it has already shown that it can deliver unique experiences for users. Despite being primarily perceived as a peripheral video-game technology, companies have been seeking strategies to widen its appeal for a broader audience. Some larger firms have boldly made overtures towards the industry, experiencing varying degrees of success.

Facebook made the first big splash when it purchased VR headset maker Oculus for nearly $3 billion, and Samsung has also seen success with its own headset. Nevertheless, these products were aimed almost exclusively at gamers, a market that while growing, is not enough to sustain an entire ecosystem and appears to have temporarily plateaued. Instead, companies have been looking for ways to break out of the niche to host a more engaging VR experience for non-gamers.

Thanks to blockchain, the industry may have found an answer. The solution for VR comes down to three major factors: ease of access, incentives for both content creators and consumers, and a concerted effort by major companies to diversify the budding technology’s applications.

There are already some blockchain-based platforms that have used VR for creative endeavors. Decentraland, for instance, has created a virtual world whereby users can purchase plots of land with cryptocurrency and populate it with whatever they want, thus generating a fully VR world that anyone can explore. Users can exchange tokens for goods and services and can monetize the virtual land they’ve developed with the network’s coins.

However, many of these blockchain applications remain relatively ‘small fish’ without the backing of a globally recognized company. That notion is gradually changing, as evidenced by recent developments in the entertainment world. Major businesses are beginning to realize that the true potential for VR lies in delivering lifelike experiences for individuals who might otherwise not be able to enjoy them. Blockchain VR company Ceek VR has taken up the torch in this regard, offering celebrities and artists the ability to provide fans with concert experiences and other interactive opportunities through VR. The company already has major deals in place with household names like Universal, T-Mobile, Apple, and Amazon.

“When you think of television, television and sports go together. And since VR is the next level of engagement, it’s a natural for sports, for people to be able to feel the energy,” said Mary Spio, CEO of Ceek VR said recently.

Other companies like Enosis are focused on creating specific virtual experiments in collaboration with companies like Google. These events are tailored to companies’ needs and incentivize all stakeholders with real benefits in the form of tokens, coins, and other real-world rewards.

These platforms empower artists to exponentially expand their audiences for live shows, as sold-out venues are no longer a limiting factor if people can pay to view from the comfort of their living rooms. Additionally, they give artists and brands the ability to create unique experiences based on their products and art that would otherwise be impossible. More importantly, talent, brands, and labels can create their own tokens and virtual merchandise to enhance their monetization efforts.

Partnerships of this variety are already visible on a few of the biggest stages in entertainment and media. At the 2018 Winter Olympics, blockchain has started seeping in. Canadian speed skater Ted-Jan Bloemen made waves by announcing a partnership with crypto-based social network ONG and Ceek, to broadcast his experience at the games for remuneration in the form of cryptocurrency.

For blockchain, the support of companies lends legitimacy, but also a more stable backdrop to continue innovating. Most importantly, attaching its ship to explosively popular sectors such as VR lets blockchain prove its utility and applicability across various markets. In the end, VR and blockchain present an intriguing symbiosis that many household names in the corporate world will increasingly utilize.

The possibility of creating massive virtual worlds or experiences that have built-in incentives and rewards gives companies a straightforward strategy for expanding their footprint. For VR, swelling beyond the gaming sphere is its own reward. In terms of blockchain, the acceptance and opportunities granted by the support of major names like Amazon and Google add to ongoing momentum while paving the path for further disruption. As these technologies continue to merge and grow, more companies could start participating instead of observing, leading to an interesting future for both VR and blockchain alike.