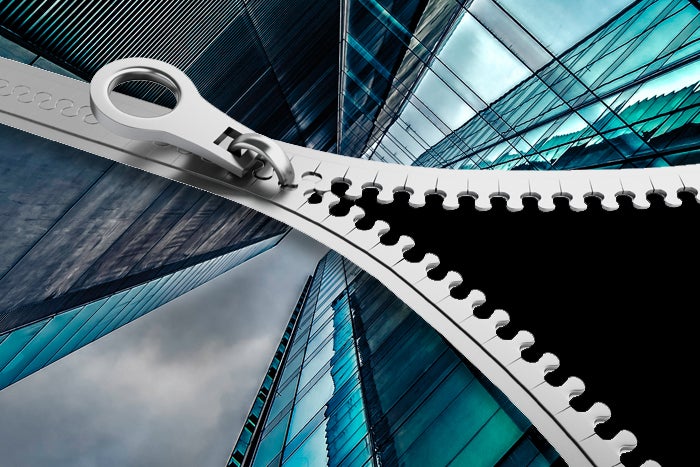 In early 2015, when The Manitowoc Company decided to split into two companies, the executive leadership called on the CIO, Subash Anbu, to lead the charge.

The transformation would be the most consequential in its 113-year history. Leaders from the company, then a diversified manufacturer of cranes and foodservice equipment, decided that the whole of the diversified organization was no longer greater than the sum of its parts. It would split into two publicly-traded companies: Manitowoc (MTW), a crane-manufacturing business, and Welbilt (WBT), which manufactures foodservice equipment.

The CIO was a natural choice to lead a change of this magnitude because his role allowed him to understand the interconnectedness of the company’s various business capabilities, which processes and technology were already centralized or decentralized, and where there may be opportunities for greater synergy in the future-state companies.

Subject matter expertise, however, would not have been enough to qualify a candidate; the leader had to be charismatic, and Subash was widely recognized for his servant-leadership mentality. That would prove essential to removing critical blockers across the organization.

It was also important that the CIO had long-standing credibility with the Board of Directors, who were the ultimate decision makers in this endeavor.

Subash embraced the daunting challenge, saying, “While change brings uncertainty, it also brings opportunities. Change is my friend, as it is the only constant.”

In some ways, splitting a company into two may be harder than a merger. When merging, you have the luxury of more time to operate independently and merge strategically.

When Western Digital acquired HGST in 2015 and Sandisk in 2016, CIO Steve Philpott decided to move all three companies to a new enterprise resource planning (ERP) system rather than maintain multiple systems or force everyone onto the incumbent Western Digital solution. When splitting a company, there is greater urgency to define the target state business model and technology landscape and execute accordingly.

This split for Manitowoc introduced major consequences for change: duplication of every business function, completed within a fixed four-quarter schedule, while still executing the 2015 business plans. All business capabilities would be impacted, especially Finance, Tax, Treasury, Investor Relations, Legal, Human Resources, and of course, Information Technology.

While the Manitowoc Company had experience with divesting its marine segment (it started as a shipbuilding company in 1902), the scope and scale of the split was unprecedented for the company.

Breaking apart something that has been functioning together is an inherently risk-laden proposition. Subash and his team recognized that to mitigate risk, they would need to be both thoughtfully deliberate in planning and agile in their execution that breaks down big risks into smaller risks, prioritizing speed over perfection.

As Subash led the split of the company into two, he encountered the following risks:

5 lessons for successfully splitting a company

When splitting a public company, the deadlines and outcome are clear. How Subash and the team would execute the split of the company, however, remained largely undefined.

The enormity of the task could have created a paralysis, but the team quickly began working backwards: getting on the same page with the right people; identifying the big-rock milestones; identifying the risks; sketching out a plan to reach the big-rock milestones; breaking the plan into smaller rocks to mitigate risk; and keeping everyone informed as the plan unfolded with greater detail.

In the process, Subash learned five critical lessons that all executives should heed before splitting a company:

Splitting a company requires cross-functional collaboration and visibility at the strategic planning and execution level. Start by creating a Separation Management Office, consisting of senior functional leaders that will oversee the end-to-end split across HR & Organizational Design, Shared Services & Physical Location Structuring, IT, Financial Reporting, Treasury & Debt Financing, Tax & Legal Entity Restructuring, and Legal & Contracts. The Separation Management Office should report to a Steering Committee consisting of the Board of Directors, CEO, CFO, and other C-level leaders. When faced with difficult questions that require a decision to meet deadlines, the Steering Committee should serve as the ultimate escalation point and decision maker to break ties, even if it means a compromise.

A split will require dedicated, skilled resources that understand the cross-functional complexities involved. This project team will need people that understand the interconnectedness of technology architecture, data, and processes, balanced with teams that can execute many detailed tasks. When forming the team, it is important to orient everyone on the common objective to create unity; departmental silos will not succeed. Variable capacity will almost certainly be necessary for major activities, and you may be able to stabilize your efforts by turning to trusted systems integrators or consulting partners to help guide the transition.

3. Sketch out the big-rocks project plan and manage risk

Agile evangelists often frown upon working under the heat of a mandated date and scope, but a public split forces such constraints. Treat the constraints as your friend: Work backward to identify your critical operational and transactional deadlines. Ensure the cross-functional team is building in the necessary lead time, especially when financial regulations or audits are involved. Dedicate a budget, but be prepared to spend more than you anticipate, as there will always be surprises to which teams will have to adapt. As part of your project planning, create a risk management framework with your highest priority risks, impacts, and decision makers clearly outlined. When time is of the essence, contingency plans need to be in place to adapt quickly.

Any time a working system is disassembled, there unquestionably will be problems. The key is not to wait for a big bang at the end to see if what you have done has worked. Spending nine months planning for and three months executing this split would have introduced new risks. Instead, Subash and his team built their plan and then iteratively built, tested, and improved in an agile-delivery process. The team was able to identify isolated mistakes early and often, allowing them then to proceed to the following phases with greater confidence—not with bated breath.

In a split, every employee, contractor, supplier, or customer will be impacted. Create a communication plan for the different personas: Steering Committee, operational leaders, functional groups, customers, partners and suppliers, and individual employee contributors. The Manitowoc Company had to communicate on everything from where people would sit, to who would be named as new organizational leaders. In the void of communication, fear and pessimism can creep in. To prevent this, the Separation Management Office launched “Subash’s Scoop,” a monthly newsletter on the separation progress. It brought helpful insight, with a flare of personality, to keep the organization aligned on its common goal.

The Manitowoc Company successfully split into two public companies—Manitowoc (MTW) and Welbilt (WBT)—in March 2016, hitting its publicly-declared target. In fact, many of the critical IT operational milestones were completed in January, well in advance of the go-live date.

Over the last two years, the stock prices for both companies have increased, validating the leadership evaluation that the whole was no longer greater than the sum of its parts.

Chris Davis is a Vice President at Metis Strategy, a strategy and management consulting firm specializing in the intersection of business strategy and technology. Chris is the Head of the firm's West Coast Office, where he advises Fortune 500 CIOs and digital executives on the role that technology plays in differentiating the customer experience, developing new products & services, unlocking new business models, and improving organizational operations.

Chris is a published author in technology strategy periodicals, and is a regular speaker on how to compete in the digital era, with recent contributions to the last three Forbes CIO Summits, Cisco Live, the Silicon Valley CIO Roundtable, and the San Francisco Fisher CIO Forum. Chris also contributed to the research and methodology development for Peter High's books Implementing World Class IT Strategy: How IT Can Drive Organizational Innovation (Jossey-Bass, 2014), and World Class IT: Why Businesses Succeed When IT Triumphs (Jossey-Bass, 2009).

Chris has an economics degree from Georgetown, and a masters degree in the Management of IT from the University of Virginia.

The opinions expressed in this blog are those of Chris Davis and do not necessarily represent those of IDG Communications, Inc., its parent, subsidiary or affiliated companies.