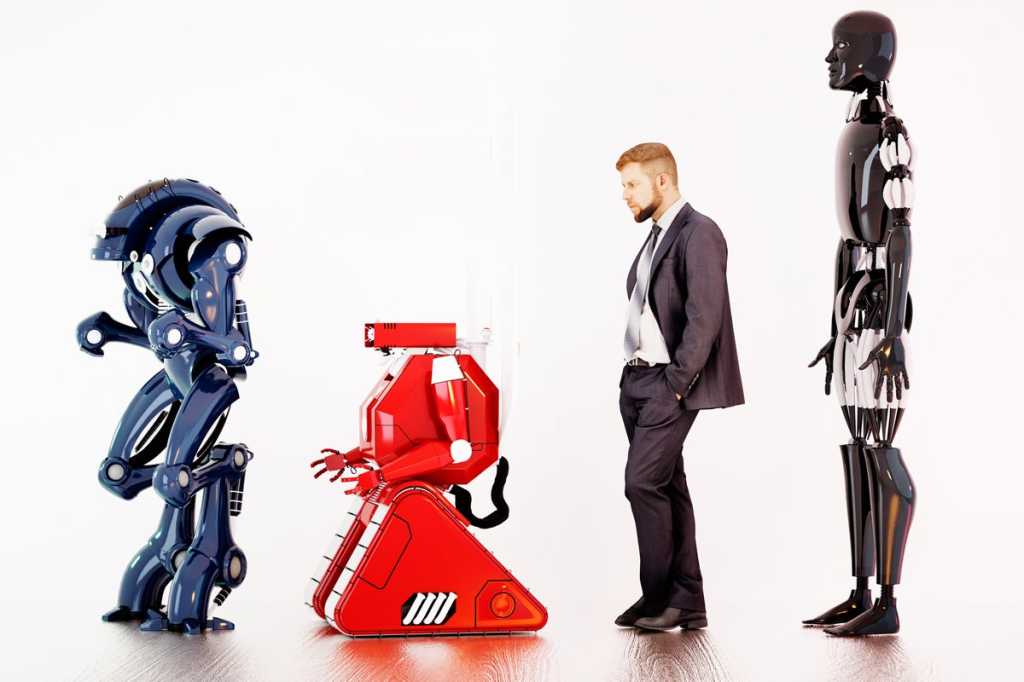 Founders and Silicon Valley techie types have been known to wax poetic about the promise of knowledge work automation for restoring work/life balance, improving productivity, and even creating millions of new jobs. For economists, the conversation about automation tends to focus on lost jobs and other potential negative impacts on communities. The problem with these arguments is that they often take place between thought leaders on either end of the spectrum, and don’t include the voices of workers on front line, feeling the impact of automation in their workday.

With that in mind, I want to share some research we recently conducted at Wrike for our 2018 Operational Excellence Report that gives insights on how knowledge workers really feel about automation. We surveyed over 1,000 workers and managers on a variety of topics involving operations, and our findings on automation were among the most revealing in the data set. It turns out that some of the most common assumptions about workers feelings – namely that they fear automation – are off base.

I’m generally an optimistic futurist, so I can’t help but see the automation that makes my life easier every day. From the cloud-based tables our finance team uses to track our expenses and revenue in real-time, to the “click to call” buttons used by our sales force, there are time-saving automations in just about every common task we execute, and that’s not including Robotic Process Automations (RPAs) that workers can “train” to do software tasks for them. But in our survey, only 14% of workers said they “strongly agree” that their company employs automation. Managers were more likely to see the light, with 25% of them strongly agreeing.

This may mean that companies truly aren’t utilizing automation to the extent they should be to stay competitive. Just as likely, as the analog age fades further into history, workers don’t recognize the extent to which automation is already occurring in their work, and wouldn’t identify tools like spreadsheets, customer relationship management (CRM), or content management systems (CMS) as automated versions of work that used to take ungodly amounts of mind-numbing manual effort.

About a decade ago, Tim Ferris’s book, The 4 Hour Work Week, exploded on the scene, and explained how entrepreneurs could start businesses that use automation and other outsourcing techniques to earn a living with minimal hours worked. The message resonated well enough with readers to turn the book into a best-seller. With that in mind, I had assumed work-life balance would be the key benefit workers seek from automation, giving them the flexibility to work from home, or even make it big on Instagram as a Van Life celebrity.

In truth, the number one benefit people hope to get from automation is “freeing my team from low-level repetitive work,” with 48% of managers and 52% of non-managers saying so. Other top benefits did include “Reducing work hours”, and “Reducing the amount of time I spend correcting mistakes.”

Just as surprising is that the age-old fear that automation will replace human labor and result in a workerless future did not seem to be confirmed by managers. Only 17% of managers reported “Reducing employee headcount” as a benefit of automation they would like to see, making it the least popular response in our survey.

It should be no surprise then that some of the specific tasks that workers would like to see automated are cognitively routine and repetitive. Topping the list was “Copying information between systems,” and “Preparing reports for executives” was second. Both tasks involve searching for and duplicating information, and a modest investment in integrated software can automate them using technology already available today.

Automation is a “must” for competitive enterprises

our respondents said that over 40% of their work is cognitively routine, and 38% said more than 40% of their tasks could be automated. It’s my belief that employing automation to help workers handle that volume is essential for companies that wish to remain competitive in the digital era.

Just as Uber automated dispatching rides, and Netflix automated the video store, more industries are under threat from digital disruptors with the ability to reach millions or billions of consumers anywhere on the globe. It doesn’t necessarily mean that automation will kill entire industries, but it does mean that the blue-chip stalwarts must embrace automation, or risk market share to those who do.

I’m not alone in this view. According to our survey, 74% of millennials said automation could put them ahead of their competition. For Gen-X and boomers, those numbers were 70% and 51% respectively, meaning that younger generations more clearly see the value of automation as it pertains to business growth.

Excellence is more than automation

Automation alone isn’t a silver bullet for winning your market. It’s a piece of a puzzle that requires systems thinking to build repeatable and scalable processes, so your business can grow rapidly without scaling the chaos in your office. Automation does increase the value of the minds in your human workforce by giving them more time to think strategically and creatively, and helping them restore balance in their lives, which can reduce stress and prevent burnout. With our research, we were excited to dispel some of the myths of automation and learn that most workers are ready to embrace the benefits.