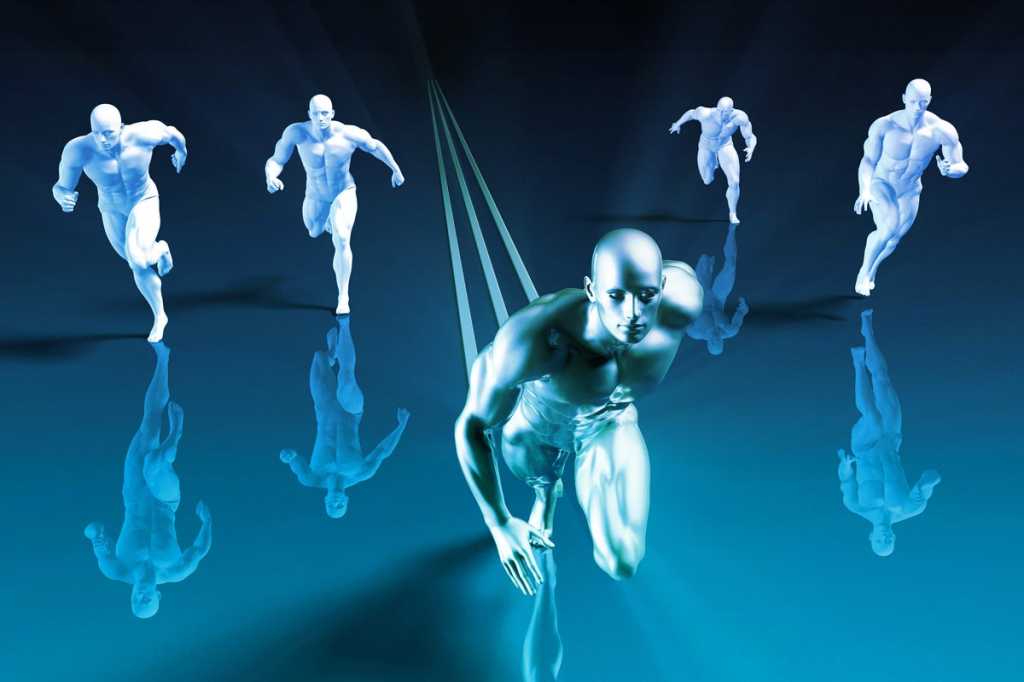 The world is changing at an ever-increasing pace. To keep up, forward-thinking companies in nearly every industry are investing in transformation initiatives and re-evaluating how they should be operating in a digital environment.

As the CEO of Alpha, the company behind the industry-leading integrated experimentation platform that’s used by one-third of the Fortune 100, I’ve had a front row seat to many digital transformation efforts. The one factor that separates the success stories from the failures is the speed of their iteration cycles. The companies that succeed build excellence in collecting and acting on data with speed, so that they can iterate and make informed decisions with speed.

One simple story shows why.

Just a few months later, Apple announced “Face ID” for their flagship iPhone X device that would enable users to unlock their phones after sensors scanned their face. Of course, many people were and continue to be skeptical, but Apple is one of the most successful technology companies in the world when it comes to driving consumer behavior change. Face ID is now becoming the new standard for securely logging into consumer devices.

After a completely unpredictable change in the market, the bank’s idea went from terrible to brilliant within months.

In yesterday’s world, the aforementioned bank would exclusively conduct research before a project and makes a final investment decision after analyzing the results. In today’s world, the bank continually tests assumptions – even the same assumptions – to track consumer preferences and make informed decisions based on the most relevant and timely insights.

This is the fundamental difference that defines the digital age and how to win in it. You need to be able to experiment and iterate rapidly because if you don’t, you will fall behind whichever competitor does. Here are three lessons I’ve learned about moving faster and building successful digital products.

Building successful products requires making difficult decisions about what users want. Continuous iteration is the best way to make those decisions. The more rapidly you iterate, the quicker you can learn and ultimately make better decisions.

The most effective digital transformation leaders don’t wait until they have the perfect idea or the perfect plan. They start running tests with potential users as soon as possible, and use what they learn to inform the next set of tests.

Amazon CEO, Jeff Bezos, shares why moving quickly is so important in his 2016 letter to shareholders:

“If you’re good at course correcting, being wrong may be less costly than you think, whereas being slow is going to be expensive for sure.”

Digital transformation isn’t the only field where iteration is a critical skill. Many of the most successful stand-up comedians test out their jokes at small clubs, see if they work, and adjust if needed before taking them to larger stages.

Innovation, like stand-up comedy, is about taking shots on goal. Fortunately, large companies have the resources to take more shots, stomach the misses, learn, and continuously iterate. The most successful transformation leaders work to reduce the time it takes to go from question about what users want to an answer.

The people closest to users are usually the best suited to solve their problems. That’s why the companies I see achieving successful digital transformations have less centralized decision making structures. They empower teams to get the data they need and make decisions.

In the digital age, even people who don’t have the words “product” or “digital” in their titles need to learn what customers want and iterate accordingly. For example, a human resources manager needs to understand what motivates employees to join and stay with the company. Salespeople are always making small changes to their pitch to see what gets the best results.

Everyone in the organization needs to have the ability to contribute to digital transformation. If those people don’t have access to data, and the ability to act on it, they’re not going to be as effective. That’s why the most effective leaders provide education and tools to empower their teams to make better decisions.

Companies don’t transform; people transform companies. However, people at large companies are often hesitant to take on a digital transformation effort because of the potential hazards associated with taking risks at companies that have historically worked to reduce risk as much as possible.

In an interview on This is Product Management, Bob Dorf  –  serial entrepreneur, investor, co-author of The Startup Owner’s Manual, and advisor to Fortune 500 companies – provided guidance on fostering the right culture for the mission.

“The [digital transformation] team has to have a passionate courageous champion,” he said. It’s critical for executive leadership to keep these people motivated. Fortunately, Dorf says compensation isn’t the only factor that motivates these change agents. They’re motivated to learn, launch products, and make a meaningful impact on their organization.

The most successful companies give their digital transformation teams the time, space, and resources to do so. This includes changing reporting and compensation from hitting next quarter’s numbers to learning what’s going to reshape the industry ten years from now, and giving them room to run experiments and launch products without the internal red tape that wraps the rest of the organization.

Thor Ernstsson is the founder and CEO of Alpha. With over 13 years of experience building and testing digital products, he has a passion for understanding behavior change.

Previously, he was the CTO of Audax Health, a patient engagement company acquired for 10-figures by UnitedHealth. Before that, he was the lead architect at Zynga working on FarmVille, determining product decisions in a virtual environment.

Thor has built multiple successful businesses in highly regulated industries and can share his experience how he’s been able to test, learn and iterate in any environment using minimum viable experiments and rapid prototyping. He has spoken at the Lean Conference, IIeX, Startup Next, Design Gurus Summit and NY Product Conference.

The opinions expressed in this blog are those of Thor Ernstsson and do not necessarily represent those of IDG Communications, Inc., its parent, subsidiary or affiliated companies.