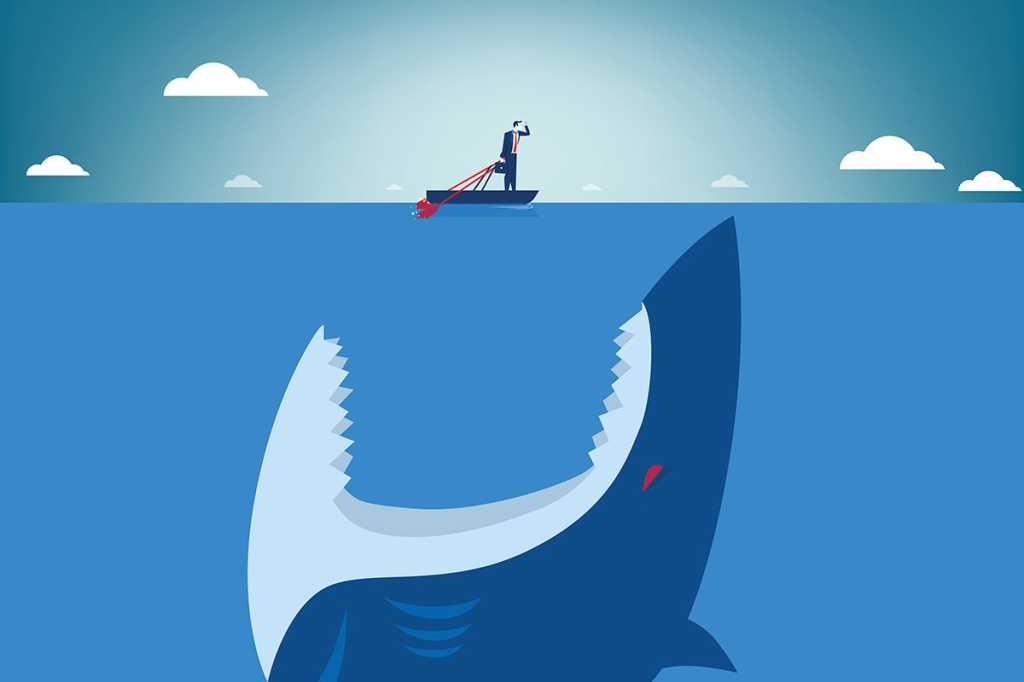 There are a number of reasons why IT outsourcing engagements fail — from unrealistic expectations and lack of governance to misaligned interests and poor communication. Sometimes the problems lie with the IT service provider; other times, the customer is at fault. In most cases, the two parties each share some of the blame.

However, there are some common warning signs of impending outsourcing disaster that IT leaders should look out for. In many cases, a troubled outsourcing relationship can be turned around, and identifying these leading indicators of outsourcing strife can enable CIOs — even in the worst cases — to limit the overall damage.

Increasing attrition of outsourcing resources is never a good sign. “It could mean management is doing something wrong, people don’t like working for the particular client, or the client isn’t doing its part,” says Marc Tanowitz, managing director for business transformation at outsourcing advisory firm Pace Harmon. It could also mean that the financial framework of the deal, using blended rate structures, has created an unintended consequence of driving work to the lowest cost resources at the service provider.

“A key to outsourcing success is that the vendor’s team has enough continuity to know the customer and the services well,” says Brad L. Peterson, Mayer Brown partner and leader of its technology transaction practice. “Frequent changes in vendor personnel may indicate that the vendor is using the customer account as a training ground or that the vendor is not paying enough to retain people. Also, there may be aspects of the leadership or the relationship that are breeding discontent.”

To help combat this issues, IT leaders can ask their vendors for an organization chart and notice of any changes in personnel.

“Outsourcing deals often start badly because they are handed over from a leader who championed them — perhaps in finance or procurement — to operational leadership that actually opposes the deal, the vendor, or both,” says Mayer Brown partner Robert J. Kriss, who has extensive experience resolving disputes involving IT outsourcing contract. “Equally, a simple lack of understanding of the deal could lead to unnecessary problems. Clients can mitigate this risk by educating new leaders about major outsourcing deals in place and asking them about their views of the deal and vendor as soon as possible.”

“If the new leader has any issues that can’t be resolved, seek contractual modifications or exercise contract rights early so that the deal does not proceed on the wrong track wasting time and money,” advises Peterson.

Similarly, an outsourcing relationship can get rocky quickly when unit managers working on the engagement day-to-day are unhappy.

“Often, to keep the deal quiet, those people did not have much input in developing the contract,” Peterson says. “After the announcement, they begin to complain or attempt to undermine the deal because they do not like the changes that the deal will require them to make.”

IT leaders can often prevent this issue with appropriate change management efforts before an outsourcing contract is signed. However, if the employees have valid objections to the arrangement or bring to light important new information, IT leaders would be wise to revisit the relationship and its terms as soon as possible.

If there are major disruptions occurring in your industry that affect your operating model, such as the adoption of digital technologies, but your service provider is not bringing disruptive solutions to the table, that should be a concern, says Bob Cecil, principal with KPMG U.S. Shared Services and Outsourcing Advisory.

“Lack of investment or innovation may indicate that the provider has lost the will and intent to grow — or even sustain — the relationship. Worst case, this could point to their willingness to lose the account,” says Abhishek Sharma, vice president of pricing assurance with outsourcing consultancy Everest Group. The cause could be low profitability of the account, lack of trust, multiple consecutive instances of escalations, or even a poorly structured contract which stifles innovation. Ensuring objectives are aligned and expectations are clear from the start is important. “IT and business leaders should also realize that the provider has to make a sustainable margin to maintain interest in the relationship,” adds Sharma. “Constantly aiming to squeeze more from the provider could backfire.”

If one of your outsourcing providers is a viable acquisition target, it’s wise to have a plan in place to deal with the potential disruption. “Keeping communication channels open and fostering an environment of trust with current providers will help to ensure clients are in the loop if any activity is on the cards,” says Ollie O’Donoghue, research director with outsourcing research firm and consultancy HfS Research, who’s heard horror stories from clients dealing with an acquired provider. “While many acquisitions end positively for clients, there’s no harm in making sure that all parties are well aware of your expectations regardless of who now holds the provider-side of the contract.

Business requirements will change and outsourcing providers and clients should be adaptable. But frequent changes often indicate that the customer, the vendor, or both have failed to establish effective work processes, says Kriss of Mayer Brown.

IT leaders can step in to discuss the volume and types of changes with the vendor and ask if they are creating any problems with respect to cost, timeline, or performance.

“Document the discussions in communications with the vendor contemporaneously so that if cost overruns, delays, or performance problems arise later that the vendor did not warn about earlier, the vendor cannot blame the problems on the customer,” Peterson advises. “Consider carefully whether additional changes are genuinely necessary.”

Increasing your spending with an IT service provider without competitive analysis of the marketplace is never recommended — and is likely to result in dissatisfaction with the deal over time.

“If your scope is growing beyond the envisioned plan, there is a good chance that costs are exceeding market rates,” says Tanowitz of Pace Harmon. “This could also be a sign that your business is getting too comfortable with the provider creating excessive reliance and limiting flexibility.”

Competition keeps everyone on their toes and, as a bonus, often keeps costs down. Likewise, if your provider is making big investments in the deal — at no cost to the client — it’s a sign that their profit margins may be a bit too healthy.

Service levels are like vital signs, says Peterson. If a provider is frequently failing to meet the performance levels agreed to, that’s generally an indication of much deeper problems. “For example, they may indicate that the vendor is not properly staffing or managing the engagement,” Peterson says.

IT outsourcing customers should always send a written notice of service-level agreement (SLA) breaches and request a written response that states the root cause of the problems and the steps the vendor has taken to prevent future breaches. And customers should follow up to verify those actions. When major backlogs begin to occur because due diligence does not uncover root causes, disaster is not far behind, Cecil says.

When the key performance indicator (KPI) dashboards and SLA reports are lit up green, but customer satisfaction scores are low, something is amiss. “This could be a key factor to sow the seeds of mistrust between the two parties,” says Sharma of Everest Group. “Most monthly operational governance reports are geared to focus on metrics and tend to only marginally highlight any issues and broader improvement opportunities. The root cause could also be SLA metrics that are not fully aligned to the business or cover only piecemeal parts of the service as compared with the whole.”

Adequate stress-testing of proposed SLA measures during the contracting stage can reduce the likelihood of this risk. Likewise, there is probably trouble afoot when executive leadership customer satisfaction scores are up, but operational leadership customer satisfaction scores are down. “[That] means the services provider is focused on executive relationship management while the underlying foundation is weak,” says KPMG’s Cecil.

If a vendor requests additional compensation for new services, that may be the sign of a healthy, growing relationship. “However, frequent requests for new money for what appear to be the same services may indicate that the vendor won the contract by offering a low price and is attempting to cut corners to reduce cost and to obtain additional payment by claiming services are outside of the original scope of the agreement,” says Kriss of Mayer Brown.

The customer team should avoid asking for estimates or otherwise tacitly agree that the services are new until the contract is reviewed, says Peterson. Another sign that the IT service provider has overpromised is asking the customer to help out in areas clearly covered under the contract.

“A vendor who has oversold its capabilities may attempt to shift cost and responsibility to the customer by suggesting ‘collaboration’ or ‘partnership’ where the contract makes the vendor responsible,” says Peterson. “Or, the vendor may perform poorly to induce the customer to become involved.”

Outsourcing customers should avoid stepping in and instead assess vendor performance in this area. If the provider is performing poorly, they and send a breach notice and demand a cure within a specified time, says Kriss.