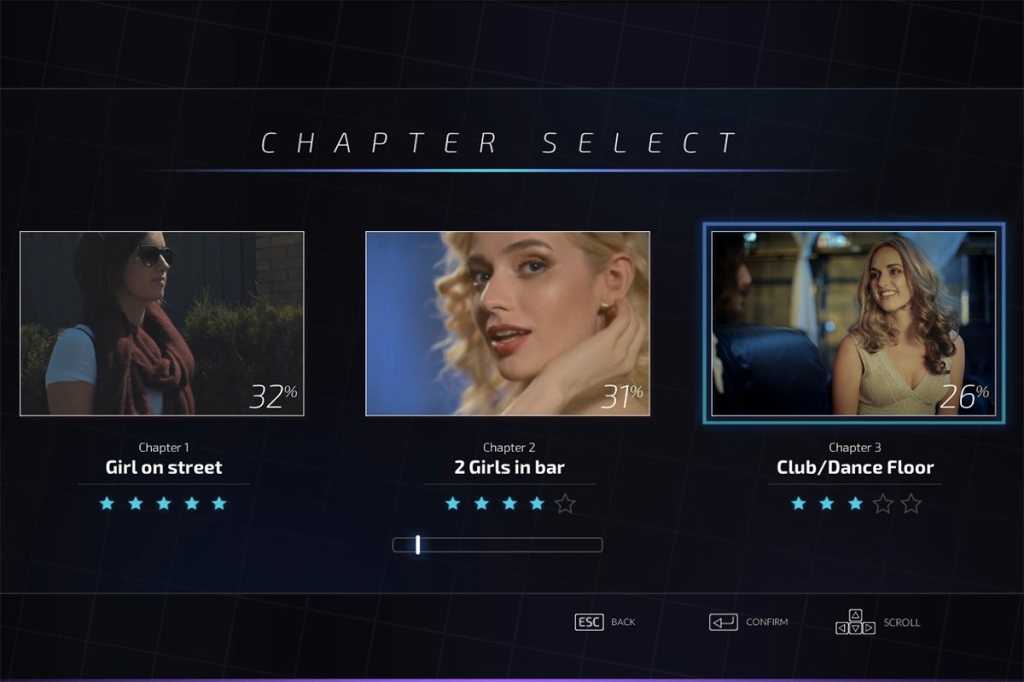 The first time I scrolled past an article about Super Seducer, I thought it was satire. I’m aware of pick-up artist (PUA) “culture” and its demeaning, sexist foundations, but I guess I wasn’t cynical enough to believe that a major gaming platform would release such a thing in 2018 given the current climate and the conversations arising around #MeToo and #TimesUp.

Once again, I underestimated the depths of misogyny.

Vice’s Motherboard describes Super Seducer as a “choose your own adventure game that teaches men how to harass women using pick-up artist tactics,” and U.K. feminist organization Level Up calls it a “masterclass in sexual harassment.” The “game” was set to be released on PlayStation 4 on March 6, but Sony blocked its release after protests. Kickstarter also blocked it. However, it’s still available on Steam.

Samantha Cole actually played through some of the game (public shout-out for sacrificing those 81 minutes of your life – thank you) and confirms that the game is as advertised.

“The purpose of the game, the Steam description states, is to test out pick-up tactics on virtual women: ‘Here’s the bottom line: if you make the right choices in the game, you’ll make the right choices in your life.’ It directly intends to train men to behave in the ways this game rewards: Objectifying, harassing, coercing, and ignoring nonverbal cues from women,” Cole writes.

The danger of the PUA culture

It’s tempting to write this off as silly, fantastical, and irrelevant and even to point and laugh smugly at the target audience as “losers.” You might even think that if they left their basements long enough to actually try out these tactics, they’d quickly be turned down, shamed, humiliated, and rejected and would change their ways.

And you would be wrong. PUA culture specifically tells men they are owed women’s attention and that women are little more than objects — prizes to be won, used, and manipulated for sexual gratification. This extrapolates to a world where one in four men believe it’s appropriate for an employer to expect sex from an employee, according to a Harris Poll conducted by nonprofit humanitarian group CARE.

And that’s one of the most frightening things about this “game” to me: how often women encounter these exact scenarios in real life. What’s also terrifying is how accurately the “game” seems to depict women’s resistance to these tactics — this is not a case of men misreading signals or not understanding that their advances are unwanted. They know. And they deliberately ignore or dismiss women’s requests and are teaching other men how to do the same.

“The most concerning aspect of any of these scenarios — and what makes this game’s availability on mainstream gaming marketplaces like Steam and PlayStation — is that they’re not that outlandish for women who are the targets of this behavior. Many, many women experience any or all of these situations on a daily basis, where a man approaches them and there’s no way out but to placate him or continue an unwanted interaction,” Cole writes.

And before you say, “Why are the only options ‘placating’ or ‘continuing the encounter,’” I want you to remember that our white male supremacist heteropatriarchy encourages men to react to rejection with violence. “Men are afraid women will laugh at them. Women are afraid men will kill them,” is not hyperbole. Just Google “man kills woman who rejected him.” I also want to mention how harmful the patriarchy, rape culture, and PUA culture are for men. Being boxed into rigidly defined gender roles and lacking outlets for healthy expression of emotions is toxic.

No one stopped Super Seducer from getting to release

This is rape culture. And if you think it’s bad in general, imagine what the culture is like in the game studio that made this. This game made it to release. And no one saw a problem with it — or, at least, if they did, it didn’t make enough of a difference. This steaming pile of rancid garbage should have been nixed before it began; instead, entire teams of developers, writers, artists worked on this, and Sony was going to sell it. Valve is still selling it (albeit at a discount — it’s $9.87 instead of $12.99), though there’s a petition from Level Up to have it removed.

This is what we fight against, and this is why it’s so important to keep on fighting until this sordid underbelly of tech culture is rooted out, exposed, and allowed to shrivel up and die.