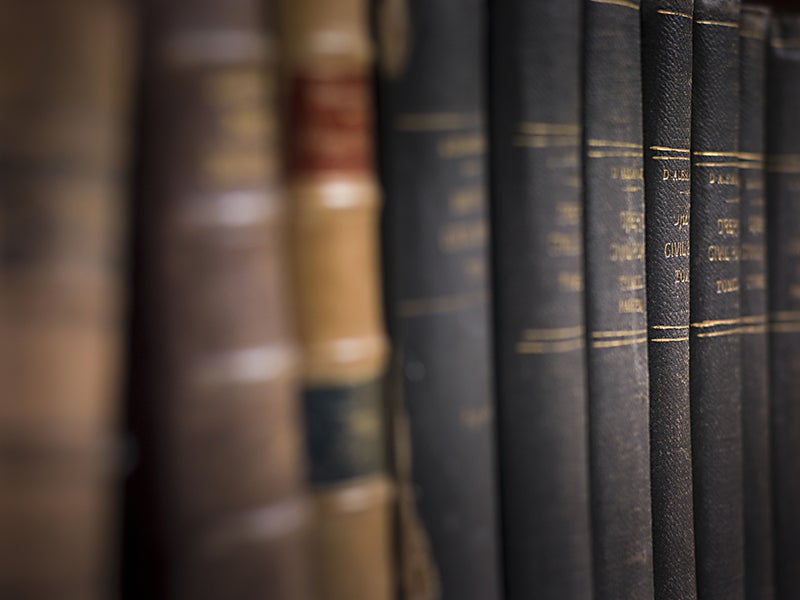 Blockchain, the underlying technology behind bitcoin and other cryptocurrencies, has a wide range of use cases that extend way beyond finance. The easiest way to think of it is as a decentralized digital ledger. If you’re familiar with how bit torrents and file-sharing work, it’s basically the same concept. It’s like an incorruptible database that’s stored by multiple different users so that any unauthorized changes are rejected.

Because of this, blockchain is perfect for any industry that stores sensitive data, and the legal industry is no different. In fact, blockchain could be coming to disrupt all sorts of ancillary industries that legal professionals need to deal with. For example, if blockchain is applied to real estate to store records on properties then it could impact everything from divorce cases and bankruptcy proceedings to murder trials.

With that said, blockchain is at its best when it powers a more powerful interface and so it’s also possible that the technologies of the future will use blockchain and we won’t even notice. After all, Netflix uses artificial intelligence and machine learning but all we see are the powerful recommendations that we receive.

Bringing law into the 21st century

When we think about lawyers and the legal profession, the temptation is to see it as an old-fashioned profession that’s so set in its ways that there’s no room for innovation. But that stereotype simply isn’t true, which is why there’s already a Global Legal Blockchain Consortium that was established to promote the usage of blockchain within the legal industry.

And when you stop to think about it, there are all sorts of potential use cases for blockchain within the legal industry. Take, for example, the complicated world of copyright law. Blockchain could be used to make sure that artists are paid automatically when their tracks are streamed. And in criminal law, it could be used to track the chain of custody when evidence is gathered and taken off for analysis.

Court cases have been won and lost based on whether prosecutors can establish the chain of custody, and it’s not uncommon to hear stories of evidence going missing or being accidentally destroyed. Using blockchain to store and to standardize all of this data could offer the same security as a paper trail but with less of the hassle. This is particularly true when it comes to digital evidence, such as browser records or digital documents.

No amount of disruption in the legal industry is likely to bring an end to its reliance on legal documents, from contracts between companies to written statements from witnesses and victims. But for a document to be binding, it needs to be signed and stored, a process which can take time and which is vulnerable to human error.

Blockchain technology could bring this to an end, making the documentation process more accessible and potentially even removing the need for a lawyer’s involvement in the first place. This just goes to show that not all change is necessarily good for individual lawyers, although it’s good for the industry as a whole. By automating these tasks, it frees up time to be spent elsewhere.

Besides, these contracts themselves may need legal oversight, and there’s a rapidly growing group of lawyers who are specializing in how local and international law applies to blockchains and the data that they gather. Along with artificial intelligence (AI), blockchain is one of the hottest topics on the lips of legal industry spectators and commentators.

One of the biggest advantages of using a blockchain-based system in real estate and the automotive industry is that it makes it easier to track the history of properties, vehicles and buildings. You only have to look at how many cases go to court in which two neighbors dispute a property line or who has ownership of a parking space to see how a reliable digital ledger could be of use for the legal profession.

The technology could also give greater transparency on historic owners and property valuations. For example, in the real estate industry, it’s likely that every house will end up with its own record on the blockchain and that we’ll be able to see when it was built, how much it was sold for throughout the years and even the last time it had its boiler serviced.

Karim Derrick, head of research and development at Kennedys, explains, “Most fraud happens because clients have their own databases and there is very little interaction that is automated, so fraudsters operate in the gaps between these databases. Blockchain will enable insurers to share their books with each other without exposing their books. This enables them to cross-reference claims and make it difficult for fraudsters to exploit the ignorance between them.”

One of the most important areas for the legal profession to focus on is the area of data and data protection, and blockchain technology makes that even more important. At the same time, it also provides a more open system that would make it easier to spot people who are breaking rules and regulations. Imagine how much more we’d trust bankers if every banker had every trade they made logged and made available to everyone else – including to people who desperately want to catch them out. Fraud and insider trading would disappear virtually overnight.

Still, with the ever-changing regulatory landscape and the incoming General Data Protection Regulation (GDPR) legislation in the European Union, nothing’s for sure and everything’s to play for. For those in the legal profession, blockchain and its ramifications are likely to continue to be hot topics for the months and years to come.

Ultimately, blockchain is like any other technology. It has huge amounts of potential, but we must first understand it and identify its potential ramifications before we can make a final decision on how it could affect our society. One thing’s for certain, though. It’s one to watch.