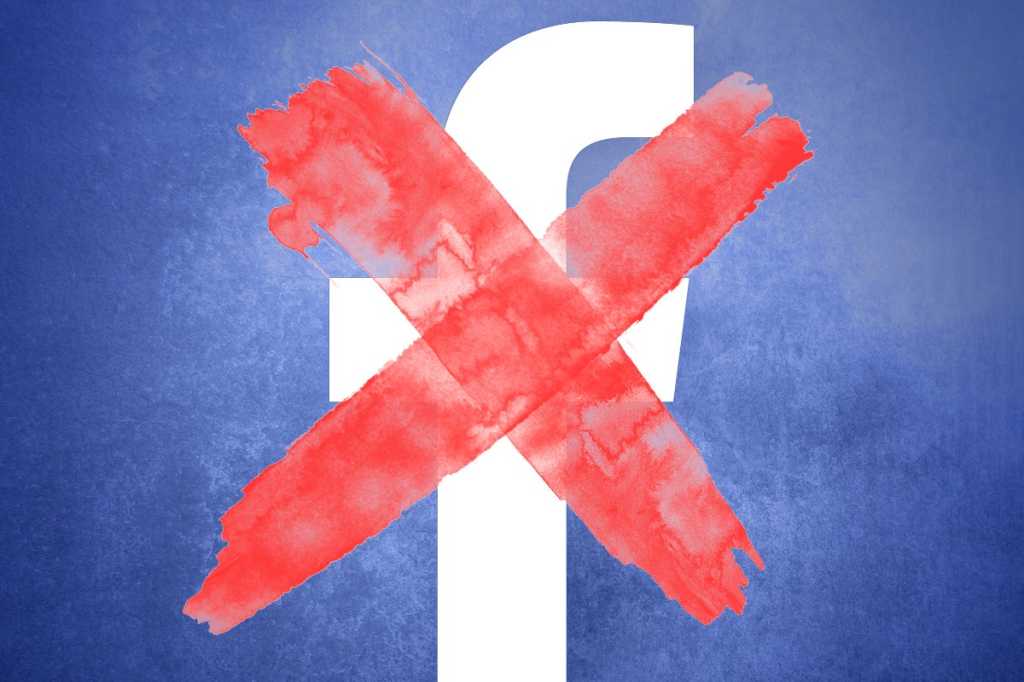 I have nothing but admiration for Mr. Mark Zuckerberg, founder and CEO of Facebook.  He has started from nothing a worldwide icon company in just 14 years. According to recent statistics, about 2.1 billion people use Facebook regularly in most countries of the world. Facebook users can be rich, poor, young, old, Muslim, Christian, Jews, Buddhist, Hindus, atheist, right wingers, lefties, middle of the road, Spanish speaking, Danish speaking, etc. You name it, odds are high that they are using Facebook and are somewhat to very happy about it.

The most impressive part of Mr. Zuckerberg is that he has done all of this and yet he most probably has much more then half of his life left. He’s only 33 years old for crying out loud.

Facebook is so important for most of us that it would be almost impossible to replace. Without Facebook it would be very difficult for me to get as relevant news from my kids, remote family and friends as I do now.  Without Facebook, I would not relax at the end of the day watching Mr. Beans, National Geographic videos, the stupid pictures that my cousin posts. I would not read some articles written by my French-Canadian newspaper, La Presse, the New York Times, or even watch some Fox News to try to understand other point of views. The most amazing part is that it’s like this for 2.1 billion people worldwide, each single one of them with its own variance in taste and curiosity! In brief, Facebook is an incredible technical and social prowess!

Most of us don’t mind the inconvenience of viewing ads and losing some privacy to Facebook to have the chance of connecting so easily to our family and friends and our center of interests. I even think that many of us are willing to take the risk of accidental personal data leakage to other entities then Facebook to enjoy the benefits of Facebook.  I’m sure most Facebook users do not expect, for example, to have his personal profile be as securely protected as the Pentagon network for example. I’m certain that most of the 50 million users that got affected by the Cambridge Analytica leakage will somehow decide to stay on Facebook, because Facebook has become such an essential part of their life.

Yet, the Cambridge Analytica data leakage makes many Facebook users wonder if their data is sufficiently protected against criminal activities or unethical and maybe illegal political behaviors, which can be derived from national or foreign micro targeting datamining service providers.  As indicated by Mr. Zuckerberg in a recent interview, “If you’d told me in 2004 when I was getting started with Facebook, that a big part of my responsibility today would be to help protect the integrity of elections against interference by other governments, I would not of really believe that this would be something that I would have to work on.” It was indeed unpredictable.

In need of additional governance

This Cambridge Analytica data leakage event begs these questions among others. Is Facebook’s own current corporate governance enough to handle such important, urgent and delicate matters? Should government legislation be put in place? Which governments, since Facebook is now everywhere? Would it change anything or just slowdown the pace of Facebook’s innovation trend? Can an extremely talented and most probably well intended 33-year old father, like Mr. Zuckerberg, handle such important questions alone?

Regarding this last question, the answer is clearly no. I’m not surprised that Mr. Zuckerberg said in the same recent interview the following: “I actually am not sure we shouldn’t be regulated … the question is more, what is the right regulation rather than ‘Yes or no, should it be regulated?” It goes without saying that Mr. Zuckerberg and Facebook should not be alone handling these questions. Governments everywhere have got to learn to keep up with innovations and tweak rules and regulations at a quicker pace in accordance to their countries’ value to prevent as much as possible leaks like Cambridge Analytica … and not just react to these types of random and unavoidable events.

In need of agile architecture

The same is true of Facebook. It has been managed with extreme technical and managerial agility skills in the pass. It now needs a minimum of agile architecture to manage and coordinate its business capabilities and make sure that it stops having to react like it is currently doing with the Cambridge Analytica crisis. Agility allows very quick reaction times and expedient delivery of initiatives, which is a necessity in a start-up. In other words, agility allows you to run extremely quickly. Agile architecture planning, on the other hand, allows you to see far enough so that you do not hit a brick wall at full speed when an event like Cambridge Analytica occurs. Trial and errors, the norm in start-ups, need to be combined to “what if” planning scenarios (common in large enterprises) to better analyze impacts of changes.

Facebook intends to examine with scrutiny all applications like Cambridge Analytica that are authorized to use the Facebook platform to execute surveys or offer games to make sure that they comply to Facebooks’ standards. Is this really the best or only path? Why not simply allow these applications not to have access to Facebook’s users contacts when a survey or a questionnaire is being completed? Why not force these applications to inform its Facebook users by instant online notification of what is exactly happening when they are completing the survey or answering questions? If some information is being extracted from a user’s profile by someone else then Facebook, shouldn’t the Facebook user know exactly what’s going on?  As for Cambridge Analytica and all the others, what rules should they comply to and what fines should they pay if they infringe these rules? This list represents only a few of the questions that pops-up into my head. There are plenty more. Most of these questions cannot be answered by trials and errors alone. Not anymore.

Facebook is currently hiring up to 20,000 employees dedicated to security and content review.  In parallel, Facebook is using and planning to use artificial intelligence to solve these issues the same way Facebook is using artificial intelligence to understand with near-human accuracy the textual content of several thousand posts per second in its Messenger application in 20 different languages, to execute face verification using AI-infused camera across its own platform, and “cloaking” to ensure authenticity in posts and make sure that they do not violate Facebook’s community standards and advertising policies.

Agile architecture is all about building scenarios and selecting a final adaptable and tweakable roadmap to deliver desired outcomes based on business strategies and clear measurable objectives. This roadmap will usually be the result of assessed and measured business capabilities and their relationship to various value streams, business units/departments, applications/systems, information concepts/data, and outside stakeholders as explained in this whitepaper entitled “How to Set your Priorities Using Architecture”. In the case of Facebook, before selecting a final roadmap, my nose is telling me that at minimum the following business capabilities will need to be mingled with and assessed by Facebook: message management from top down to make sure that everyone has a similar message, security management to stay on top of all available options to protect at a reasonable cost the private data of the Facebook users, lobbying management to understand and influence the local values of each government, training management for the current and new employees and possibly also for the Facebook users, etc.

Agile architecture would obviously not prevent all errors but could allow Facebook to minimize the risk of big errors, like the Cambridge Analytica leakage.

Facebook may face slower growth for a while, but this company still has lots of highly rewarding ventures to face in the future. With its US$5.92 billion spend in research and development in 2016 alone as stated in its most recent annual report, Facebook is making significant investments in technical innovations both to improve its existing products and services, but also to develop new ones to optimize the Facebook users experience and its social interactions. Facebook is also investing in several longer-term initiatives, such as connectivity efforts and artificial intelligence research, to develop technologies intended to increase furthermore the optimization of its users’ experience. These innovations will be derived from AR/VR, computational photography & intelligent camera, computer vision, connectivity, data science, economics & computation, artificial intelligence, human computer interaction, machine learning, natural language processing and speech, security & privacy (obviously) and systems & networking as indicated by Facebook Research.

With its obsession about its users’ experience, I even believe that Facebook has the best shot (with Amazon) of disrupting the biggest market opportunity of all times, which consist in taking a significant portion of the current financial services ecosystem by providing a digital personal wallet that optimizes the financial position of each one of its users in real time, transaction by transaction, whether the transaction is the simple purchase of a coffee at Starbucks or the more complicated purchase of a new house financed by a mortgage loan. Banks, telecom carriers, Apple, and Google among others have all tried and failed in the past because they fail to grasp that this can only succeed if you are obsessed by the optimization of the financial position of each one of your users like Facebook is currently obsessed by the optimization of its users’ experience.

Daniel Lambert is a marketing and finance strategist assisting expanding companies in their growth, their business architecture and ultimately their digital transformation. He has worked in the past with organizations in a broad array of industries: financial services, insurance companies, telecom, utilities, pharmaceuticals, transportation, computer software, healthcare, and the public sector.

Mr. Lambert is currently VP Business Architect at Benchmark Consulting. Benchmark provides digital transformation consulting services and is also the creator of the collaborative IRIS Business Architect software application for enterprise architects, business architects, IT/Solution architects, and business analysis to optimize planning and roadmaps from strategy to delivery. Benchmark Consulting has clients of all sizes from as little as 800 employees to as large as 400,000 employees. In his previous life, Mr. Lambert was also a venture capitalist. He was involved in these successful and very profitable exits: Giganet sold to Broadcom; Kinaxis now trading on NASDAQ; SFI sold to BMC Software, Taleo sold to Oracle, and Telweb sold to Schlumberger.

The opinions expressed in this blog are those of Daniel Lambert and do not necessarily represent those of IDG Communications, Inc., its parent, subsidiary or affiliated companies.