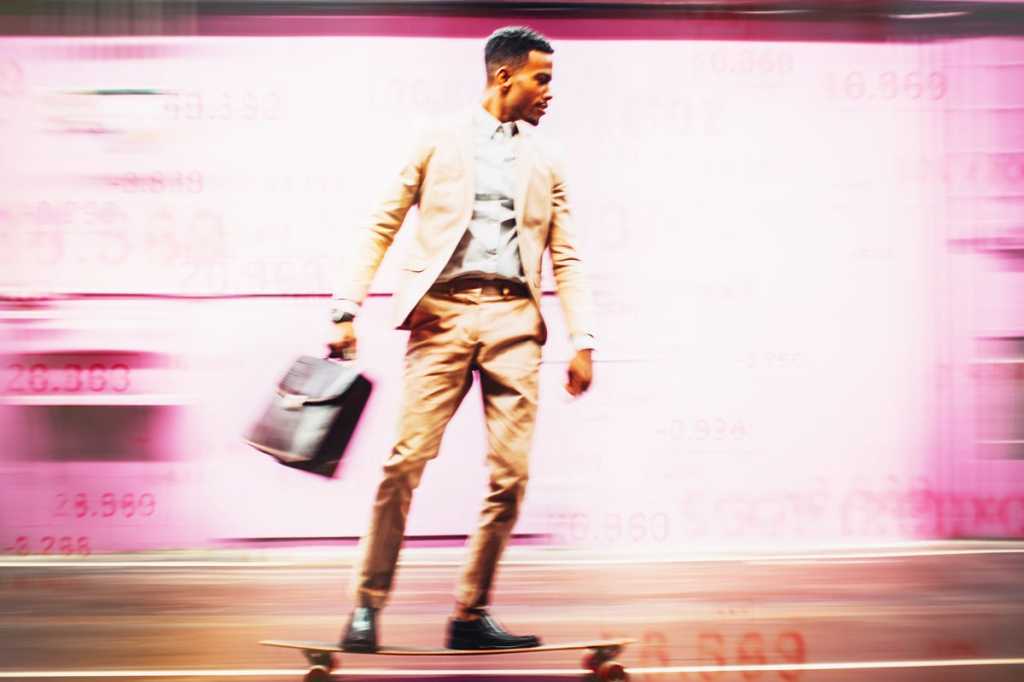 Businesses have fallen in love with the aphorism, “Every company is becoming a technology company,” owing to the importance of digital capabilities. Some companies are taking that idea a step further by hiring CIOs as CEOs.

Tapping IT leaders as head honchos may not yet be a trend, but more companies may install CIOs as CEOs if they have led massive transformations, says Khalid Kark, managing director of Deloitte’s CIO program. Digital-minded CIOs may be the only executives with experience managing the velocity of change required to help a business avoid disruption — or recover from it when it happens.

“With the right context and background, they’re not a bad candidate for driving the highest leadership position within the firm,” Kark says.

CIOs eyeing the top spot on the corporate totem pole must also be Swiss-Army knife leaders, who can run every level of the business, including sales, operations and business strategy. But don’t take it from us.

Here three former CIOs share their paths to the top and offer tips for CIOs with an eye on leveling up.

From averting risk to courting it

Yvonne Wassenaar never wanted to be a CEO, but in a whirlwind three years she’s been a CEO twice over.

Wassenaar, currently helming software automation firm Puppet, has traveled a career path that is atypical for corporate leaders. She started at Accenture (then Andersen Consulting) as a software engineer “when Cobol was cool,” but moved onto roles in business consulting and sales operations, before managing field services, product development and other leadership gigs at VMware.

After exiting VMware in 2014, she joined New Relic as the software maker’s first CIO until 2017, when former Cisco Systems CEO John Chambers lured her to drone software startup Airware, in which he’d invested and taken a board seat and which needed a COO. The prospect of joining a startup in a red-hot sector intrigued Wassenaar so she signed on to helm operations. But before she could finish furnishing her office, she became Airware’s CEO following an abrupt leadership change in June 2017. For the first time, Wassenaar was responsible for all aspects of a business — not just IT or a business line.

But with the technology more advanced than regulations governing it, Airware failed to gain traction and eventually dissolved less than two years after she took the helm. Again Wassenaar’s network prevailed, as Puppet came calling and she has led the company as CEO since February 2019.

The biggest difference between CIOs and CEOs is that the former avoids risk while the latter courts it, Wassenaar says, adding that CIOs looking to make the leap to CEO must execute on the following:

Build your network. CIOs seeking a coveted CEO gig should build and mine their networks. Join boards. “Boards are looking for tech-savvy members,” says Wassenaar, who has served on several boards of high-tech firms. Also, if possible insert yourself in the succession planning action, which will give you a window into the CEO role. Finally, speak at industry events. You never know who may be watching — or whom you may impress. Wassenaar secured her role partly by checking all of the above boxes and was considered an ideal CEO candidate by one of Puppet’s board members.

Install a strong team. A CIO’s ability to successfully leverage technology to solve problems and transform organizations makes them compelling CEOs. But you’re only as good as your team. Installing a top-notch executive team will drive day-to-day operations to free you up to look at industry trends, peek around the corner and see the future in a clear way.

Build an outside brand and perspective. CEOs set the vision and strategy for the company, but they must also be able to craft, articulate and a “provocative perspective on how the world is changing.” A CEO will sell a narrative that answers: What does the company do? Where is it going to be in 5 years? Ten? This will require enabling other executives to “get in your mind,” Wassenaar says, adding that she is applying the scaled agile mindset favored in tech organizations to run Puppet. Can you do that as CIO? You might have what it takes to lead at the next level.

From banking systems innovator to leader

As a programmer, Unqork founder and CEO Gary Hoberman built a reputation for developing critical applications over the course of several tech leadership roles at top-tier firms on Wall Street, including at Bankers Trust, Salomon Smith Barney, Citi and MetLife, where he served as CIO. Among the apps he built are a ticket entry and approval system for transactions, a CRM app for the sales desk, a client planning tool and a “digital vault” with which bank consumers may store photos and other content.

But it wasn’t just that he built solutions from scratch. Hoberman made sure he “ran projects as if he were the CEO within the company,” which helped him learn a great deal about leadership.

In 2016, Hoberman took those entrepreneurial qualities with him to launch Unqork, a startup whose traction selling no-code software development tools across financial services, insurance and other sectors has helped it raise over $160 million in funding from CapitalG, BlackRock, Goldman Sachs and other firms.

Take and own risks. CEOs understand the risks associated with the decisions they make, as well as the impact those decisions could have. “You’ve got to be able to understand and drive decisions without a CYA [cover your ass] approach,” Hoberman says. CIOs going on to run a tech startup have a unique advantage because, as consumers of vendors’ wares, they have an “outside-in” vantage of how a solution will land at a company. But as you weigh risks, don’t look to advice from researchers to influence your decision, as that “might be best for someone, but not for you.”

Command big projects. Don’t over-delegate, but not because you won’t get due credit. In case something goes off the rails you want to make sure that you’re owning the fixes. Your job — and that of others’ — is on the line. On the flipside, a win will burnish your resume. “You can’t rely on others to make decisions for you,” Hoberman says. “You have to grab it and run as fast as you can.”

Cultivate new leaders. Business continuity plans may be airtight, but you need the right people to execute them, especially during a seismic event such as the pandemic. “Leaders create other leaders,” Hoberman says. “Every one of my direct reports can run the business without me today.”

Tackling new challenges all the way to the top

Mike Capone assumed the CEO role at analytics software company Qlik in 2018 following three years as the COO of Medidata Solutions, a maker of clinical trial software that grew from $260 million in revenue to $550 million during his tenure. Capone was quite familiar with Qlik, having been a Qlik customer at ADP, where he worked as CIO and held other IT leadership roles before jumping to Medidata. He was intrigued by the potential to help expand Qlik into hybrid cloud environments.

Capone met with leadership at Thoma Bravo, the private equity firm that acquired Qlik in 2016, as well as with Qlik customers, before taking the plunge. “Being a CEO has been an ambition of mine for a while,” Capone says.

Capone offered some tips for CIOs looking to make the transition to CEO.

Partner with your business peers. At ADP, Capone worked with six operating units and established great partnerships with the business unit presidents. CIOs can get a better handle on their own companies, which will help them get insight into business strategy, by massaging similar relationships.

Earn a seat at the table. Capone is a big believer that effective CIOs must report to the CEO, which he was able to do at ADP and which granted him participation in critical strategy meetings. Capone says this is crucial because such meetings influence the shape and trajectory of the company. “Even if you don’t report to the CEO you have to find a way to get into all of those meetings and strategy sessions,” Capone says.

Grasp the business strategy. The CIO who can take the learnings from strategy meetings and productize it for competitive advantage will improve his or her marketability. “The world is changing and people who have a firm grasp on technology and how it can alter how business is run are going to be incredibly invaluable,” Capone says. “You have to demonstrate that you understand strategy.”

Master digital skills. Most strategies hinge on digital capabilities and such skills are trumping traditional skills. “What’s hard to find are people who know how to transform a company from an older to newer business model and scale a company in the digital age,” Capone says.