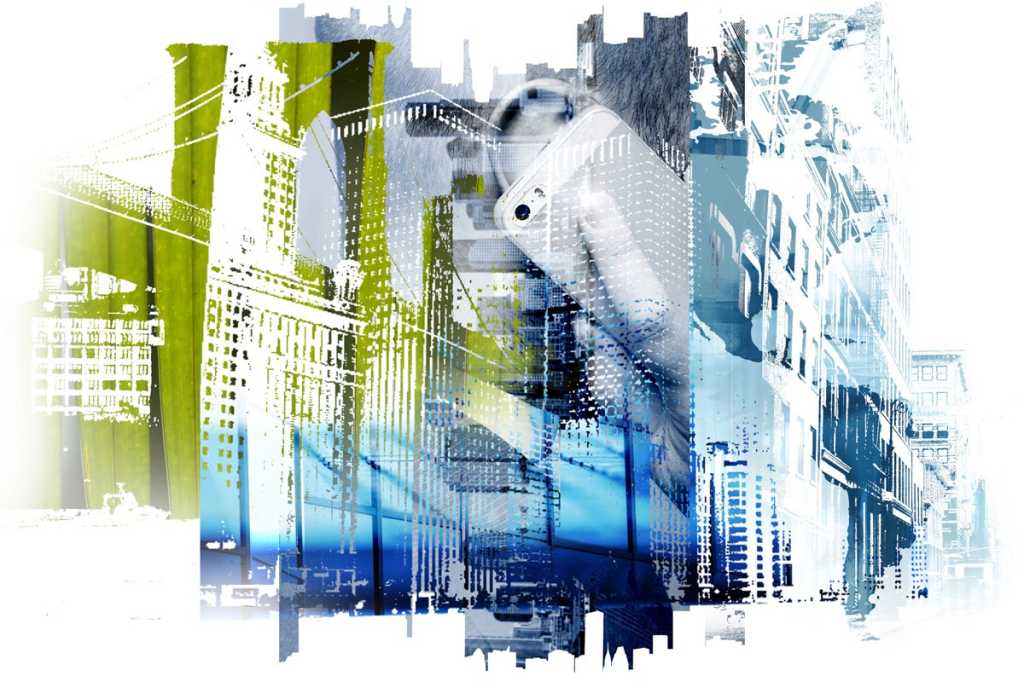 Your mobile strategy — both for internal use and in support of your customers — is a bellwether of your approach to digital transformation. It is an opportunity to take more digital-native approaches across your technology portfolio, particularly on the front end where your employees and customers engage with you through computers, websites and mobile devices.

Many IT organizations treat mobility as at best a separate silo or channel, and at worst as an unwanted platform they support as minimally as possible despite business demands. You see this approach expressed as constrained support of mobile devices and a desktop-centric approach to customer engagement on the web. The results are more technological and operational siloes, less flexibility and engagement opportunities for employees and customers, and a perpetuation of the rigid, monolithic approach to computing — all self-limiting attributes that digital transformation seeks to end.

By contrast, a pervasive, holistic approach to mobility enables more than just mobile work and engagement. It can be the vehicle for removing troublesome siloes in security, management, operations and engagement. The secret is to not treat mobility as a separate type of computing or channel, but as an attribute of computing that provides an opportunity to reform your computing and channels to be platform-agnostic.

You can deploy mobile technology to your staff and customers in a way that forces digital-native thinking across your core supporting technology platforms. An ecosystem approach to mobility — one that supports an omnidevice and omnichannel worldview — changes the level of abstraction in core front-end technologies so you can reconceive them outside their traditional siloes.

Mobile devices have been around the enterprise in one form or another for nearly 20 years, and for a decade in the modern form pioneered by the iPhone and Android smartphones, then the iPad and Android tablets. Yet it is common for enterprises to treat them as adjuncts to their “real” computing strategy (meaning based on PCs) or as a parallel environment. That’s created a new silo both for employees and customers. It had led to increased effort for IT, employees and customers alike, as they have to navigate artificial barriers around functionality, access and user experience across the range of devices that they use.

What is needed is a cohesive strategy that looks beyond the specific device and instead at an ecosystem of computing capabilities. This sort of higher-level approach can be a starting point for front-end digital transformation both within the enterprise and in customer engagements.

The first wave of mobile devices in the early 2000s (BlackBerry, Palm OS, Symbian and Windows Mobile) were highly proprietary, just as the desktop operating systems of the era were. That highly proprietary nature essentially required that each platform be its own silo for management, security, access and applications. But these platforms’ limited functionality and their small installed bases often let IT avoid the issue, or choose just one platform (usually BlackBerry).

The second wave of mobile devices (iOS and Android) in the late 2000s started out nearly as proprietary, but that quickly changed on several important fronts:

Today, most enterprise class EMM (enterprise mobility management) tools support iOS, Android, MacOS and Windows 10 with a common set of management and security policies and controls. Google plans to add similar APIs for Chrome OS in 2018, with major EMM vendors sure to support Chrome OS as well at that time. This cross-platform commonality allows a consistent, standard set of policies from everything from encryption and password management to managed file sharing and use of VPNs regardless of the device a person uses — including personally owned devices.

And Microsoft is now reworking Exchange to make more of its capabilities accessible through APIs, so third-party clients will gain more Exchange capabilities beyond what EAS provides.

Cross-platform applications and services. Newer providers like Slack, Dropbox and Evernote typically start out of the gate with near-equivalent functionality on all major operating systems and browsers. And key established enterprise vendors have increasingly made their software available across platforms, eliminating a barrier to flexible use of various devices. For example, the Cisco and Juniper VPN clients are available on all major client operating systems, as are identity management clients and APIs from CA, Centrify, Okta and Ping Identity.

Core employee tools such as Microsoft Office, OneDrive and Skype for Business are available in largely equivalent versions across the major operating systems and the major web browsers, and Microsoft is evolving other Office 365 tools like SharePoint, Teams, Groups, and Outlook along the same lines. Google’s competing G Suite also offers common core capabilities across the major operating systems, though it relies exclusively on browsers on desktop computers.

For IT software developers, Atlassian’s popular tools, such as Jira, are on a similar all-platform journey. And for both IT and commercial software developers, Google, Microsoft, Apple and others increasingly offer API-driven back-end services that can be used in both mobile and desktop applications (including browser-delivered apps). As a result, it’s easier than ever to provide comparable functionality to employees regardless of device being used.

Cross-platform application development tools. A big barrier to developing applications for multiple devices available has been the need to create the software multiple times, once for each platform. The consolidation of mobile platforms to two (iOS and Android) has reduced this burden, but two other developments have contributed even more to the ability to design applications for multiple platforms from a common code base, or at least a common logic base:

Together, these tools and technologies let IT focus not on the specific endpoint but the desired functionality. After the initial transition period, that shift reduces complexity overall and makes real the digital-native notion of omnidevice and omnichannel flexibility in your tools, products and services.

The core strategy for using mobile to transform front-end technology siloes into a digital-native omnidevice and omnichannel approach is one of unification: the use of common technologies, policies, standards and teams regardless of device or platform. You will still need specialists who understand the capabilities, limitations and special approaches taken by each mainstream computing platform and web browser, but they will feed that knowledge into the unified process through which you undertake your computing efforts.

As an example, take the state of endpoint management today. Most organizations use Microsoft System Center or a similar tool to manage their PCs and an EMM tool such as those from Cortado, IBM, Microsoft, MobileIron, SAP or Soti to manage their iOS and Android devices, and perhaps also their Macs. Each typically has a separate IT team. As a result, policies and requirements often differ across devices, creating security gaps. It’s typical, for example, that home computer users aren’t required to enable encryption or revalidate their systems periodically, while mobile users face both requirements.

A unified approach would ensure that any device used to access corporate resources would have consistent policies applied, with differences made consciously due to the context: Executives might need to conform to higher standards than clerks, for example, because of the different systems and information they access, or out-of-office users might be required to use a VPN whereas on-network users in the office would not be.

A digital-native approach would be to have a single endpoint management team, using a common management tool and a standardized set of policies. Variations in those policies would be intentional and reviewed by specialists in all domains.

Of course, to fully unify endpoint management means moving PCs to Windows 10, because earlier Windows versions cannot be managed by the new generation of EMM tools — often called unified endpoint management (UEM) tools. But as a transition strategy, you can merge the desktop and mobile management teams into one team so their policies can be more easily aligned, and have the UEM platform handle all devices but Windows 8 and earlier PCs during the transition to Windows 10.

A similar approach, often with similar interim stages as those needed for the Windows transition, will be needed for other areas, such as websites, identity management and software development.

For example, because many organizations have created websites that rely on Internet Explorer, using now-discontinued proprietary technologies like ActiveX and Adobe Flash not supported by other browsers, there’s a large backlog of internal and customer-facing websites that need to be reworked to support the modern HTML5 standards and drop the proprietary dependencies. That can’t be done all at once. Nor can making all websites responsive; IE-dependent websites were hardly the only ones designed just for desktop browsers.

There are likely similar dependencies on software libraries and APIs for web services, native endpoint applications, and back-end systems used. Removing such endpoint-specific technologies and replacing them with universal technologies will take time. So will replacing internal applications with platform-agnostic ones, and shifting to cloud-based storage to both move corporate data away from endpoint devices and provide more direct management of it. In all cases, you’ll need to evaluate the cost, benefit, risk and urgency of what you unify when.

At the end of the day, mobile devices, like desktop computers, are just front ends to your tools and services. People move between desktop computers and mobile devices easily, and even use several at the same time. Within the confines of devices’ natural differences, people expect applications and services to work no matter what device they happen to be using. But few IT organizations approach endpoint platforms that way; instead, most treat them as at best loosely related technologies managed and developed separately, with the inconsistencies and inefficiencies you’d expect as a result.

An enterprise seeking digital transformation should modernize its IT and development organizations, and the tools they use, to treat endpoints as simply facets of front-end computing — just as users do. To do so means unifying both teams and technologies where you have endpoint or platform siloes, as well as their underlying processes, standards and policies. Endpoint management, access management, data security, internal and customer-facing web services, and internal customer-facing software are the primary areas you can unify on the front end, because the supporting tools now exist to do so.

As a result, you’ll gain more than the efficiencies of commonality and the benefits of consistency in your front-end activities; you’ll gain the ability for employees and customers alike to engage with your organization in the way that best suits them — and therefore best benefits you.