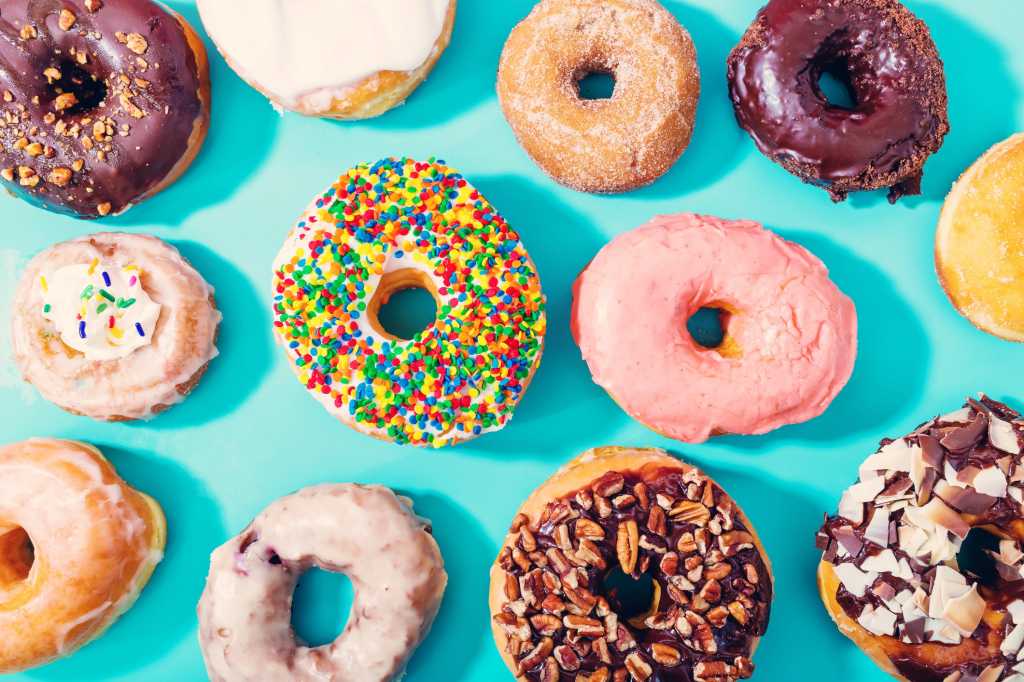 Ask IT experts what’s wrong with the hiring process and the same problems appear. It takes too long. Job descriptions aren’t on point. The hiring tools are out of date. There’s too little communication. And diversity goals remain unmet.

The worst part? It’s a lose-lose for both parties. Experienced candidates get passed over. Job hunters with potential are overlooked. Red flags are ignored, and even when the hire is made, it’s often a bad fit. The process is broken.

The good news is that focusing on the design of the hiring process — rather than short-term needs, on the fly — can help. If you make sure everyone in the process contributes meaningfully to the effort and use metrics to evaluate the success of your hires, you can get your hiring process back on track. Read on to identify and avoid hiring methods that create more headaches than they solve.

Dragging out the process

IT pros have long bemoaned the time it takes to hear back from prospective employers — and the long wait to get an offer letter. Kelly Finn, a principal consultant for the IT search division at recruiter WinterWyman, says things start heading south when your interview process takes too long.

“Candidates get soured on the company and assume it’s not well run in general,” she says. “There’s also the risk of losing candidates to other offers.”

Of course, rushing the process can also lead to negative outcomes. Better communication from the beginning, though, can help.

“Set their expectations on your timeline, and treat every entry-level hire as you would a senior hire,” says Liz Wessel, CEO and co-founder of WayUp, a site for early career job hunters.  “One way that we’ve been able to create meaningful dialogue with our candidates is by sending them engaging content — press coverage, blog articles, or videos — about the company, the role, or the team. In doing so, we can maintain communication with the candidate and create an ongoing rapport, even if the process is dragged out over a couple of months.”

While they’re useful for making sure candidates have the aptitude for an IT job, some organizations put too much stock in technical and personality-driven testing, says WinterWyman’s Finn.

“Many tests don’t tell the full story of a candidate’s skills or work style,” she says. “Relying too heavily on them might eliminate a great candidate with potential. Also, many people are simply not good test takers.”

Brad Davis, branch manager of information technology at Addison Group, suggests asking technical questions during the interview instead of subjecting IT pros to test taking on their own time.

“Skilled IT professionals are a hot commodity in today’s market,” Davis says. “Some of these candidates may have four or more opportunities available to them at any given time. Between their current work schedules and interviewing for other positions, many of these candidates don’t feel the need to complete hiring tests or skills assessments. Some of their other opportunities may not require them, and most companies can’t afford to miss out on top talent by requiring testing. To solve this, hiring managers should ask technical questions during an interview to get a feel for candidates’ skill levels without requiring lengthy testing.”

The asymmetrical nature of the employer and soon-to-be employed by its nature can leave a candidate feeling uninformed and anxious. You want to provide clear feedback, Finn says, and updates on where the process stands.

“Everyone appreciates an update and constructive criticism,” she says. “It’s also important to respond to candidates who are not going to be considered for the role. A reasonable benchmark would be to respond within one week if possible. This can be as simple as an automated response that lets the candidate know that their application has been received, but you’re considering other candidates who are a stronger fit. The good will that this generates goes a long way toward maintaining a positive impression of your company in the market.”

Job descriptions that shoot for the moon

Hiring experts say they frequently see job descriptions and requirements have little bearing on reality. This frequent mistake — classic overreach — can put off qualified candidates or lead to a bad fit.

“Job descriptions should very clearly differentiate the must-have items from the nice-to-have items,” Finn says. “If a job description looks unrealistic, candidates will question a manager’s expectations and even their management style.”

“These lofty rather than practical criteria narrow the candidate pool and increase the risk that the new hire will be overqualified, grow dissatisfied, and leave the position prematurely,” Tucker says. “Craft job requirements that reflect the minimum capabilities needed to learn a role over time and take into account which capabilities are realistically available. The recruiter and hiring manager need to have frank conversations about which capabilities are truly required to do the job and how much the hiring manager and organization are willing to pay to secure them.”

Some hiring managers head into interviews with a list of questions that they expect will show off a candidate’s strengths and weed out weaker prospects. Jamie Winter of APTMetrics, an organization staffed by Industrial-Organizational psychologists, says the well-worn list isn’t enough to make a good hire.

“New hiring managers in particular and hiring managers in general need additional guidance on how to ask follow-up questions to gather valid data during the interview,” Winter says. “Then they need to apply scoring standards to fairly evaluate the data they collect in the interview. If the organization uses other tools like tests, hiring managers should be provided with training on how to use the data to help them make better decisions. This creates fairness, accuracy and consistency in how candidates are evaluated.”

It’s unwise to develop your hiring strategy at the moment you realize a position needs to be filled. Yet all too often, that’s what happens, Tucker says.

“A better approach,” she says, “is for HR and business leaders to meet at least yearly to anticipate future hiring needs and brainstorm candidate sources. Then recruiters and employees can foster connections with these sources and candidates. When a position opens, the recruiter already has a pool of promising candidates to reach out to.”

Mike Bailen, vice president of people at Lever, proposes a standardized kickoff meeting, between managers and recruiters, before the search begins.

“In the meeting,” Bailen says, “stakeholders can cover a few areas: calibrating the perfect role profile, getting clear on what you need to be evaluating, and brainstorming areas of focus for the interview team. If you don’t take enough time to both identify the competencies of the ideal candidate and how you’ll assess them, you could find yourself with a slower time-to-fill, messy funnel, or a hire that’s poor a fit. At the very worst, this lack of clarity could lead to unfair hiring practices and bias. Each interviewer on your panel should have a detailed understanding of how they can contribute to the process: what they are assessing, why that focus is important, and strategies that will help them evaluate the candidate as objectively as possible.”

If a red flag appears in the interview, says APTMetrics’ Winter, pay attention and amplify that by 10 to envision the problems you’ll be facing once the hiring is over. He recalls an instance years ago when he wished he had listened to his instincts. Instead, he paid the price.

“During the interview I asked a question about this person’s ability to work with others,” Winter says. “The candidate gave an example of a time when she was working on an important and highly visible project with another person and suddenly the person just stopped working with her and told her she could complete the project any way she wanted.”

Winter thought it sounded odd, but the candidate described the situation in a way that made her appear blameless, and he ignored the story. “I hired this person because her credentials were really great. Well, over a period of about 11 months before this person left the firm, there were several issues related to her ability to work with others on the team and many hours of very unproductive time dealing with these issues. Had I paid attention to the red flag I picked up in the interview, the bad hire could have been avoided.”

Failing to look within

Faced with a looming vacancy, most hiring managers and recruiters look outside the organization to start their search, and it can lead to the same sources and same types of candidates, year after year, says APQC’s Tucker.

“These practices make it harder to find a match, add time to the hiring process, and lead the employer to miss the best candidates,” she says. “Both HR and managers should seek out and support internal talent moves.” One way to improve internal recruiting is to create an inventory of staff skills and keep it up to date, she suggests. And HR managers should broaden their search to include contract and part-time, job sharing and remote workers.

If you’re hiring a junior position, and especially if you’re looking at recent grads, WayUp’s Wessel advises weighing their upside rather than their work experience.

“Focus on their leadership abilities, their communication skills, and how well they function on a team,” she says. “Don’t get bogged down in the fact they don’t match everything in the job description. If you hire the candidates with potential, they’ll grow within your organization, and begin checking off those boxes over time. Consider a student’s part-time work experience as real work experience. After all, over 80 percent of college students work their way through school.”

Failing to focus on communication skills

Dave Smith, senior director of engineering at DigitalOcean, says that hiring managers need to consider soft skills and think through how new hires will exchange ideas, collaborate, and execute efficiently on big projects.

“I like to test people’s communications skills in interviews by asking them to tell me their story,” Smiths says. “For example, their resume in chronological order: Where did they start their career, and what was the journey like from there? How people respond here gives me a good sense of their career trajectory, but also how they communicate on a topic they know well.”

Inability to create a diverse staff

Hiring managers looking to create a diverse workforce often get in their own way, says Wessel. She lays out the scenario she’s seen multiple times especially in large firms.

“The HR teams say they are looking for a specific type of candidate,” Wessel says. “For example, a diverse candidate pool that is at least half female — but the employees who are interviewing candidates have serious unconscious bias and end up rejecting those same diverse candidates. They didn’t implement best practices among their hiring managers or interviewers. Some companies have unconscious bias training, but that’s usually not nearly enough to make a dent in the problem. We see this more often than we’d like. ”

Wessel mentions a positive step organizations can take to drive more success when attempting to diversify their staff: Promote from within.

“Most businesses start tackling this problem by bringing in diverse and qualified candidates at the junior level,” Wessel says. “While that’s well-intentioned, I’ve found great success on my team by hiring diverse managers who can help foster an environment of inclusion. Management is what sets the tone for the team and I’ve found that junior-level candidates respond well to seeing themselves reflected in the senior team members of a company when they come in for an interview. Without that, you may be able to get junior members in the door, but it’s harder to retain them for the long term.”