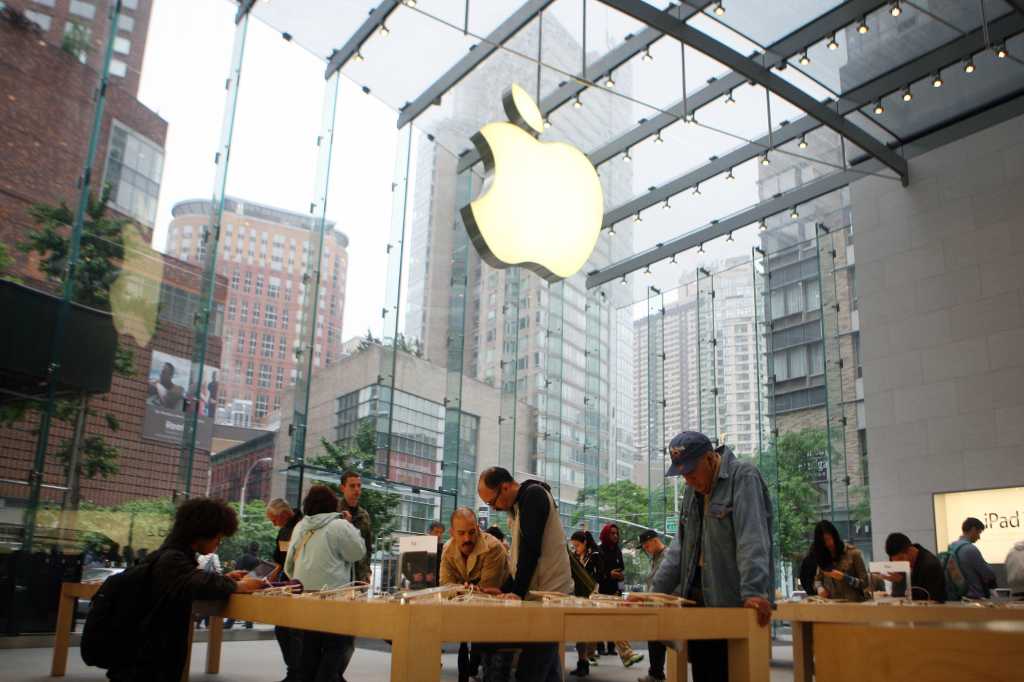 Companies willing to bet big on providing unique experiences to potential or actual customers will do just fine, says Howard Saunders.  Of course, Saunders, a self-proclaimed retail futurist and CEO of retail consultancy 22nd&5th, has a dog in this fight — who needs a retail futurist if there is no future in retail? But he can point to many examples of physical stores that are not just surviving but reinvigorating the space.

For example, if you want to blend your own lipstick color, check out Bite Beauty’s Lip Lab in New York, Toronto, or San Francisco. If Converse sneakers are more your thing, you can build your own custom Chuck Taylors either online or at the Converse store in SoHo and other locations. Other physical stores going for the experience factor: Nike’s New York flagship for one, and a new Samsung ‘digital’ playground in the city’s meat packing district.

And Tiffany, the iconic jewelry store, last year opened an on-premises café, a mere 59 years after Truman Capote published a novel called Breakfast at Tiffany’s (and 56 years after the eponymous movie debuted).

All these venues all have one thing in common, though: they cater to customers’ five senses, not just their pocketbook. And technology plays a big role in catering to those customers.

If you build it (beautifully) they will come

This notion of “customer experience” — a term that has been done to death by marketers — is still key to retail success. And, providing actual goods and services that cannot be downloaded—notably food and drink and a comfy spot to chat — is a big part of the appeal.

The quest for experience is why you see more stores offering DIY customization (Converse, Lip Lab) and settings for social interaction. To paraphrase Field of Dreams, if you build a nice space, they will come. And, if you do a really great job, maybe they’ll even do some business with you.

Saunders’ pitch, is that retailers have to aim higher than sales: They have to build spaces “that make us fall in love,” he said at the recent Oracle Industry Connect Conference in New York. Thus, the Nike store in SoHo flaunts a basketball court and treadmills that take visitors on virtual runs through Central Park and other routes.

Stores that are not stores

Saunders is also besotted by the new Samsung store at 837 Washington Street in Manhattan. Samsung 837, as it’s called, is “the most important store in Manhattan in 20 years,” he proclaimed.

There’s a selfie station, where the portrait you snap shows as a gigantic Instagrammable moment projected on a video wall. Fun detail: Your selfie is actually a giant composite of everyone else’s selfies.

If you think this seems more like entertainment (and narcissism) than retail, you are not mistaken: This is not actually a store at all since you can’t actually buy anything there. Instead, you get a great sample of the cutting-edge technologies the electronics conglomerate is working on. Samsung itself refers to 837 Samsung as a “cultural destination and digital playground.” There go those marketers again.

The idea is to showcase cool stuff that customers can then buy online or at Best Buy or another store. This is all about demand generation and leaving fulfillment to the customers’ channel of choice.

Say a customer buys a piece of apparel from Debenhams online but opts to pick it up in a store. At the time of purchase, she can also book a dressing room and a personal shopper for pick-up time. Then, if an item doesn’t fit, she can instantly return it for a refund or exchange it for a different size.

Of course, most of these companies—Nike, Converse (owned by Nike), and Samsung, are huge, deep-pocketed entities. And Bite Beauty, a Toronto-based startup, was bought in 2014 by Kendo, the incubator for European fashion conglomerate LVMH.

But innovation is not just for the giants. Trendy Williamsburg Brooklyn-based Jane Motorcycles offers the latest, sleekest vehicles, along with related clothing and gear (and coffee) at its store.

Reached after his talk, Saunders said there is an “endless list” of young entrepreneurs and “digital artisans” who are all shaking up the retail space.

“Truth is, the world of retail is turning upside down. The old school brands will not survive unless they adapt radically and swiftly. For every mediocre store or brand, you can name, there is a young innovator waiting in the wings to replace them,” he said.

“Retailers of all sizes are starting to think beyond the transaction to create inviting and innovative spaces,” noted Jeff Warren, vice president of retail strategy and solutions management for Oracle. As examples, he cited so-called “brand experiences like in-store yoga, local performances, demonstrations from new and upcoming chefs and conversations with local designers.”

All of which can help retailers create more intimate, personal connections with their customers.

In this effort, retailers can parlay technologies such as machine learning and analytics to better predict not only what consumers want and where they want it, but to devise more experiences to drive even more engagement, Warren added.

So, while consumers will keep taking advantage of convenient online retail sites, they will also turn to brick-and-mortar for the personal and social experiences that only exist in the physical world. And retailers that hope to thrive into the 21st century will keep creating those experiences.